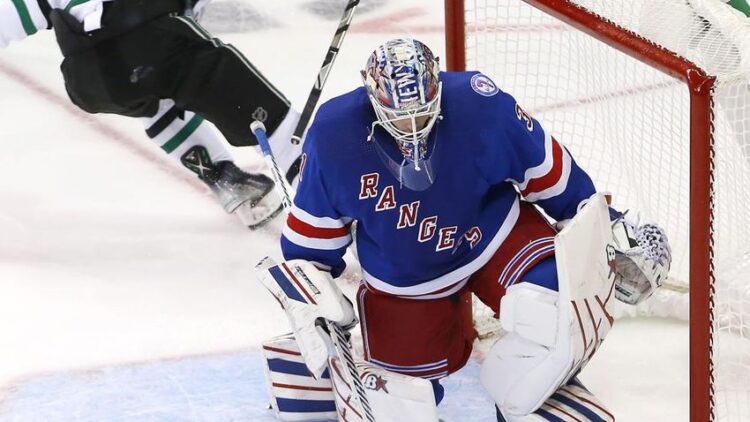 Okay, we can all agree that last night was a much better overall performance. If the Rangers play the majority of their hockey games like that, they are going to win these one-goal games more often times than not. This is an interesting time to be a Ranger fan. They’re on the brink of that next step, yet so much weighs in the balance. Can the kids truly perform this year? Can the veteran depth they added be a net positive? There are so many good storylines to follow, we are truly in for a good one. But enough of that, let’s shake the rust off and get to some Rangers game thoughts shall we?

The world “Elite” is thrown around very loosely in the age of social media, but the Rangers are elite when it comes to ceremonies honoring past Ranger legends are just top tier. What a touching tribute to Rod Gilbert, his family, his friends, and the city he was such a great ambassador for long after his playing days. I never obviously saw him play, but my dad talks about how he was such a smart player and how unique of a talent he was on those 60’s/70’s Rangers. May his legacy as a human being, and a player live on.

The game at the start was a bit of a feeling out process as the Rangers only had 4 shots on goal the entire first period. They also gave up their patented first NHL goal to a rookie on the other team.  Maybe it was the back to back, maybe it was the emotion of the home opener/Gilbert tribute, but the Rangers did not wake up until the send period after going down 2-0.

One thing is clear: Adam Fox is the best defenseman in the NHL and it is not up for debate. Every time he touched the puck, something looked like it could happen. It eventually did, as he collected the puck, came around the half wall, skated to the top of the circles, and wristed one through traffic to get the Rangers within one. If the Rangers are going to be a playoff team, it’s going to be on the backs of Fox, Igor Shesterkin, Artemiy Panarin, and Mika Zibanejad. If any one of those players is off their game, it is going to be hard to see the Rangers as anything but a team on the outside looking in come season’s end.

Though extremely early in the season, there are some things I’ve noticed from the team and Gallant in general

Lastly, it was an absolute pleasure to see Henrik Lundqvist on my TV again tonight. He will be a great addition to the TV side of the broadcast. Thought he did a nice job breaking down plays and providing even more context as a goalie for certain plays. There’s a natural chemistry there already with Steve Valiquette and he seemed comfortable. Until Saturday, here’s to a fun season and more Rangers game thoughts!