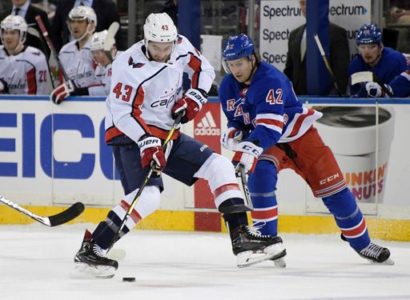 The Rangers kick off their season, sorta, in Washington against the Capitals tonight. I say sorta because let’s be real, this is less about hockey and the 2021-2022 season and more about Tom Wilson. Not from an us standpoint, but from a Rangers organization standpoint. Ryan Reaves and Jarred Tinordi were brought in for this reason, and likely this reason alone. It’s a bit sad, but it’s where we are right now.

Outside of the circus act that hopefully will be over after a puck drop line brawl, the Rangers are beginning their quest to make the playoffs. Not including the punchies, the moves the Rangers made this offseason were geared towards bringing in a more well rounded lineup that can score and grind. Did the pendulum swing from “too skilled” to “too many grinders?” We shall see.

Vitek Vanecek gets the start.