Could the New York Rangers trade for Phil Kessel? 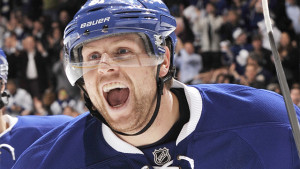 He’s not a Leaf anymore, but this is a great picture.

The New York Rangers have a gluttony of forwards, but have a hole in the top six at right wing. They are currently trying to fill the hole with Chris Kreider playing on his off-wing, but if that experiment doesn’t work out, it appears Vitali Kravtsov will be tasked with playing in the top six in his first full season in the NHL.

Kravtsov playing such an important role wouldn’t be the end of the world, but it would be rushing his development a bit. Additionally, if Kravtsov or Kaapo Kakko were to get hurt, the top six would suddenly feature one of the likes of Barclay Goodrow or Julien Gauthier.

For a team that fashions themselves as a playoff team, the Rangers are taking a risky path here. I previously outlined why the Rangers could look at a trade for a top six winger, but today I’d like to zero in on one player who has recently caught my eye. Phil Kessel.

Why the Rangers Should Consider Phil Kessel

Kessel wants out of Arizona, a cesspool of disaster and mediocrity. No one can blame the guy for that. Arizona would also like to rid themselves of Kessel, an aging forward on a team that desperately needs to…..lose….and desperately needs to play their youngsters. There may not be a worse player to team match in the NHL right now than Kessel and the Coyotes.

So, Kessel is available as a winger who puts up 20 goals in his sleep and plays right wing. Meanwhile, the Rangers could use an additional right winger who could help replace the production lost by the trade of Pavel Buchnevich.

Enter Kessel? While Kessel is terrible defensively, the man can score. Additionally, playing in his contract year, Kessel would be motivated to put up strong numbers. There have been narratives around his being lazy, which I of course cannot confirm or deny, but players are motivated in their contract seasons, and Kessel would have the inspiration to put up big numbers.

Kessel also did not play with players of the caliber he would be playing with in New York in his time in Arizona, meaning an uptick in his numbers could come, too. A healthy Phil Kessel receiving feeds from Chris Kreider and Mika Zibanejad is a potential 40 goal scorer.

Kessel would not likely cost much to acquire, as it appears the Coyotes are more than anything looking to get a fresh start away from him. While his contract is onerous, the Rangers could likely have Arizona eat some of it to get a better draft pick in return.

As a cheap, one-year rental that will put up big numbers then leave, the Rangers can’t do better than Phil Kessel.

Why the Rangers Should Avoid Phil Kessel

The other side of the picture is that Kessel does have an expensive contract, and adding a player of his like this deep into the offseason can shake things up too much. Imagine being Vitali Kravtsov or Julien Gauthier and seeing your lineup spot shift at the last minute. Or being Chris Kreider and Mika Zibanejad and needing to build camaraderie with a new player at the last minute. It’s been done before, but there is a risk factor there.

Additionally, as with every potential move at the moment, there is the Jack Eichel factor. If the Rangers are saving their boatloads of cap space for a Jack Eichel trade, a trade for Kessel (even with some salary retained) could cost them too much cap space to afford to trade for Eichel as well.

While it’s risky business to count on trading for a player who hasn’t been traded yet, the Rangers would do far better to acquire Eichel than to acquire Kessel for one year.

Finally, while I have argued the Rangers lack top-six depth, there will still be options during the season should someone go down, and far less expensive options at that. Kessel would be swinging for the fences for a team that might just need a single.

Overall, I like the idea of trading for an automatic 20 goal scorer from a team who wants him gone, but I view the idea unlikely at best. Just another possible way to spend the ridiculous amount of cap room left for the New York Rangers.