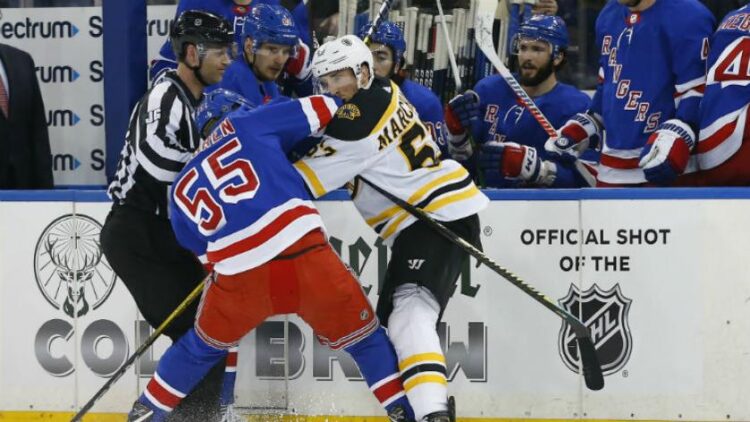 My apologies about missing yesterday’s game, including forgetting to put up a game thread. Won’t happen again, however it does look like that may have been a minor blessing in disguise, given how that game went. But the Rangers have a quick turnaround and a new lineup tonight.

The Bruins are dressing some actual NHLers this time around, something they didn’t do earlier this week. Don’t expect this to be similar to Tuesday’s game.

My best guess is it will look something like this: