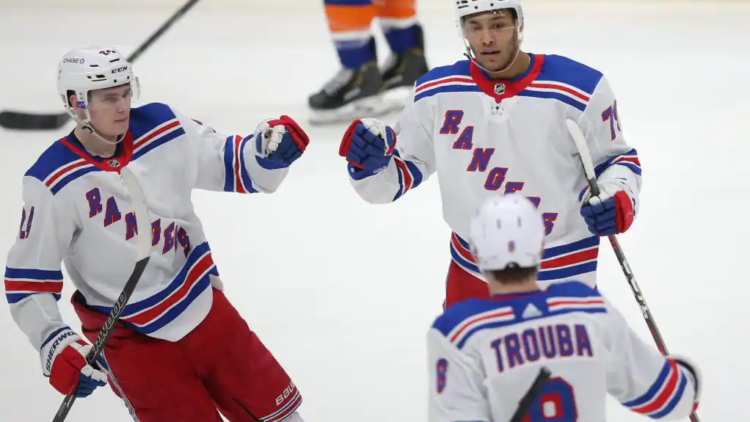 For the first time in a while, the Rangers have a relatively set blue line heading into the season. The pairs may not be set in stone, but five of the six players who will be in the starting lineup for opening night are, and the outline for the sixth is drawn. Continued growth for Adam Fox, K’Andre Miller, and Ryan Lindgren will be critical for success, that we know. As will a stable third pair with (likely) Nils Lundkvist and Patrik Nemeth. One of the keys to success is getting the most out of Jacob Trouba, who will likely be cemented in the top-four at evens and likely on PK1. With the expected 18-20 minutes a night, Trouba is going to be a critical piece of the puzzle if the Rangers want to make some noise this season.

As one of the top three candidates for captain this season, Trouba has been widely viewed as a disappointment by most fans. He is certainly not playing up to the contract, which is less on him and more on the prior regime for handing out that contract. On the ice, though, Trouba was at least better than the haters might suggest. Trouba was a pretty significant net-positive in terms of shot metrics, and there is a very strong case for positive regression, as his offensive xGAR was way above his offensive GAR, suggesting he was a victim of some bad luck last season. 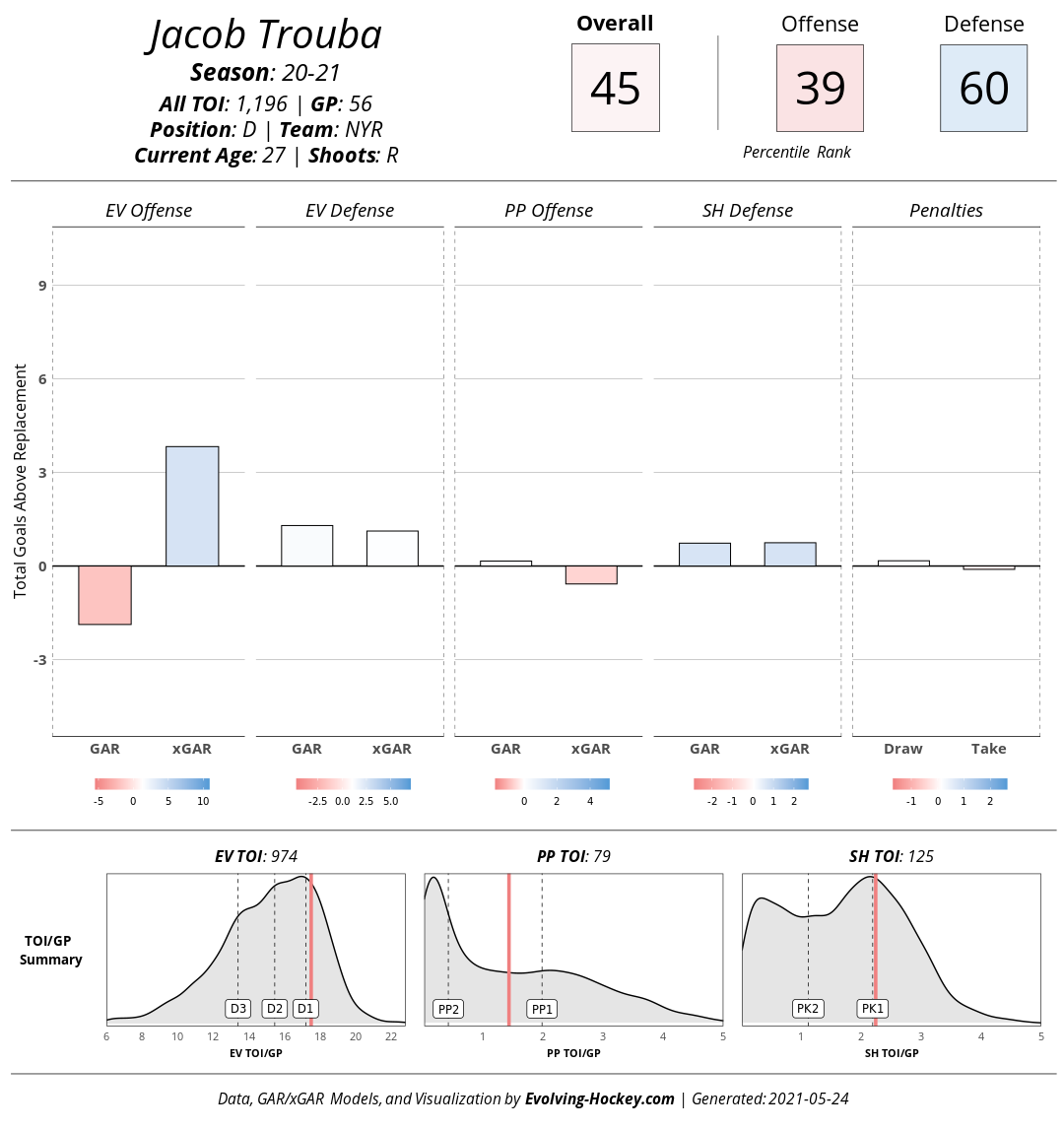 One thing to keep in mind is that with Fox, Miller, and possibly Lundkvist, Trouba may not see much powerplay time. The true key for Trouba’s success will be to ensure he is paired and deployed properly at even strength, preferably with someone that brings out his strengths while not hindering other pairs on the rest of the team.

Trouba has had some interesting partners on defense in his tenure with the Rangers. Last season he spent mostly with K’Andre Miller, by far his best partner to date. The pair had a CF% of 48.09 and an xGF% of 48.49. Not great, but decent when compared to the defensive disaster the team was on the whole. The concern is that both Trouba and Miller had better a CF% when split apart, and Trouba had a far better xGF% when apart from Miller. Miller’s xGF% dipped. All numbers are at even strength per NaturalStatTrick. His first season in New York was spent mostly with Brady Skjei, Brendan Smith, or Libor Hajek. Make of that what you will.

In Winnipeg, Trouba performed best when paired with Josh Morrisey, a defensive minded player. With that in mind, and definitely leveraging what Rob Luker has been preaching for two years, it is best if Trouba is paired with Lindgren this season, if the overall goal is to get the most out of Trouba. There are three things that this pair would do:

The wild card here is that the Miller-Fox tandem had some horrific numbers when together last season in limited minutes. Expected growth from Miller is expected. As is more stability in the defensive and neutral zone systems. Both of those should lead to a more effective pairing if that comes to be, but it is something to keep an eye on.

Trouba has been deployed on the top pair for his first two seasons, but that could change this season. Adam Fox is the top defenseman on the team and will be deployed as such. But what does that mean with a new coach? Will he try to separate Fox from the opposition’s best players, giving him more room to maneuver? Or will Fox be used as the top pair with the toughest assignments? If it’s the former, does that mean Trouba will get the tough assignments? If so, does it make sense to have him paired with Lindgren to give the Rangers a true shutdown pair? We talk a lot about forward roles, but defense roles matter too.