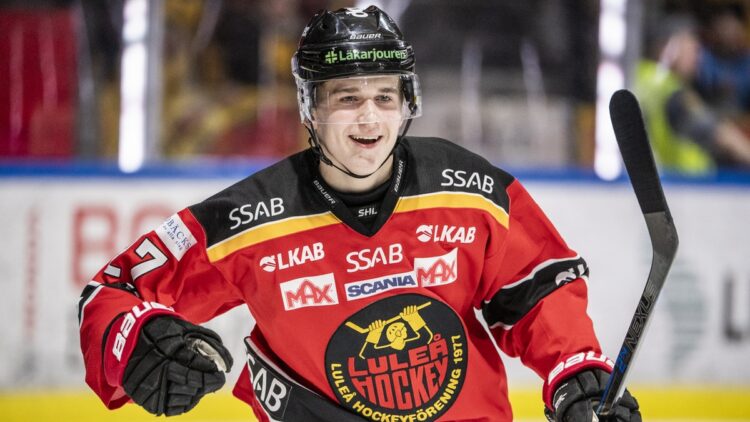 Penciled into the third pair for this season before last season ended, Nils Lundkvist was expected to be an integral part of the Rangers next season. A year where they trotted out Jack Johnson, Libor Hajek, and Anthony Bitetto regularly on the third pair, the Rangers were subpar at best on defense. It was a major step back for a team that expected to be better without Lindy Ruff. Most of that was due to the quality of players, although the system itself didn’t help either.

This year is different, as the Rangers brought Lundkvist over from Sweden to go with the newly signed Patrik Nemeth. Projections aside, Lundkvist is infinitely better than the third pair trio from last year. It’s already addition by subtraction, but the Rangers are adding a first round talent that has a high ceiling. 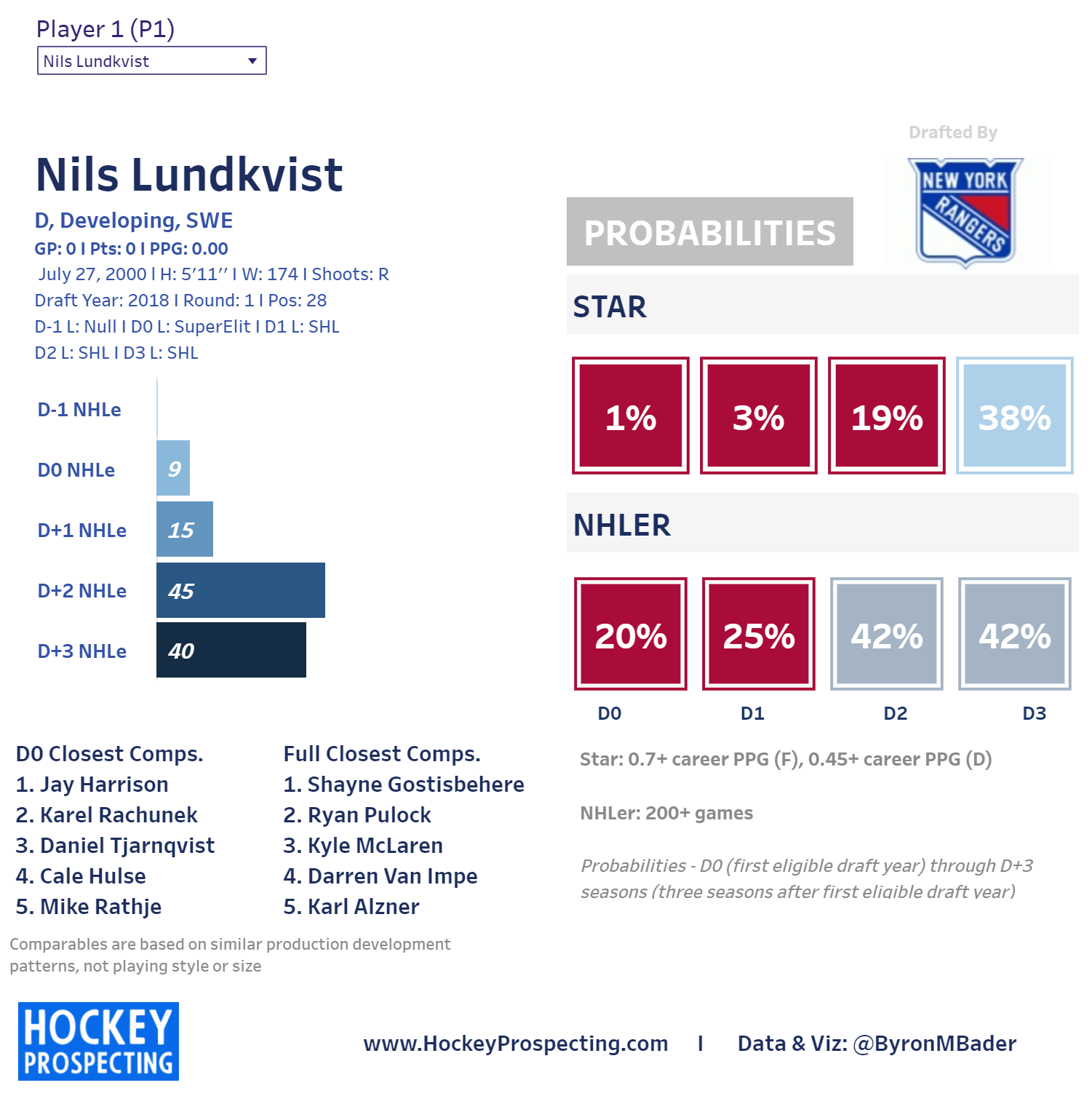 Statistical prospect projections are a little tough because of the COVID impacts the last two seasons, but Lundkvist has still progressed very nicely. He’s a smooth skating defenseman who is solid in all three zones, and he’s earning the hype he’s been getting the past week. At 21 years old, he developed playing hockey as a teenager in Sweden’s top league, and was one of the best defensemen there.

Lundkvist finds Barron. Garand with the save.

Barron has had a couple close-range chances stopped so far. #NYR pic.twitter.com/dyCMA4F47r

This pass is a little tough to see, but Lundkvist threaded the needle and led Morgan Barron for the chance in today’s scrimmage. He’s been the highlight of the development camp thus far, and there’s a reason why Drury has him penciled into the lineup as well. The skill is clearly there, and as one of the top defensemen in the SHL, the well rounded game is there as well. He may be an Adam Fox-lite to some, but those are some big expectations.

Nils Lundkvist, by simply not being any of the other defensemen from last year, stabilizes the Rangers third pair –and possibly PP2– immediately. Throw in the potential, and the Rangers could trot out three top-four defense pairings this season. It’s an understated add, but adding much needed depth to a top-heavy lineup makes the Rangers dangerous.