7 Thoughts from 7 Days: On grading the Rangers offseason 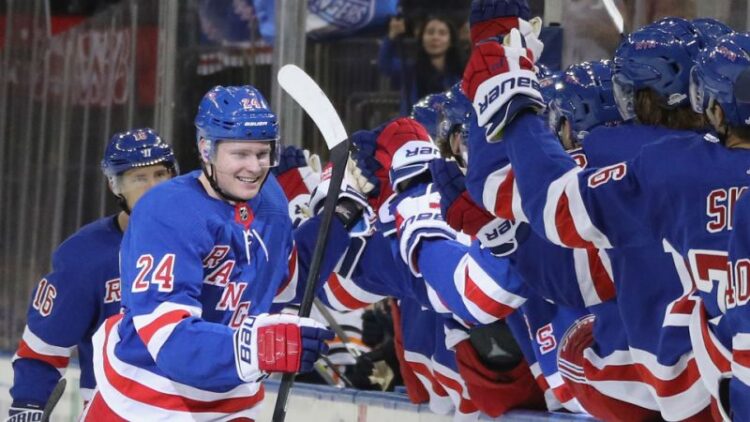 Aside from a trade for a big name center, the Rangers appear to be done for the offseason. They will head into the season with, for the most part, the same roster as last season. The theatrics were mostly with the ousting of John Davidson and Jeff Gorton, with the offseason reserved for one (bad) big trade, one big-ish signing, and minor moves there after. But was all of it what the Rangers needed? When it comes to grading the Rangers offseason, it’s more than just looking at the players brought in.

1. The biggest impact on the Rangers will not be with any player brought it. It will be because of Gerard Gallant and what he brings to the Rangers. Assuming he has the same successes he had in Florida and Vegas, then the Rangers are going to be instantly better just from his presence alone. We can talk about the systems all we want, and just having structure is a big win, but it’s more about the player buy-in. Everywhere he’s gone, players have loved him and he’s gotten the most out of everyone. The right coach goes a long way. Just look at the Islanders.

2. The second largest impact is a pair of subtractions. There is no other way to put this, but subtracting Brett Howden (trade) and Libor Hajek (depth) from the fourth line and third pair, respectively, gives the Rangers wins. With the expected player roles on the fourth line, the combination of replacements are far better than a steady presence from Howden. Yes, that includes Ryan Reaves. 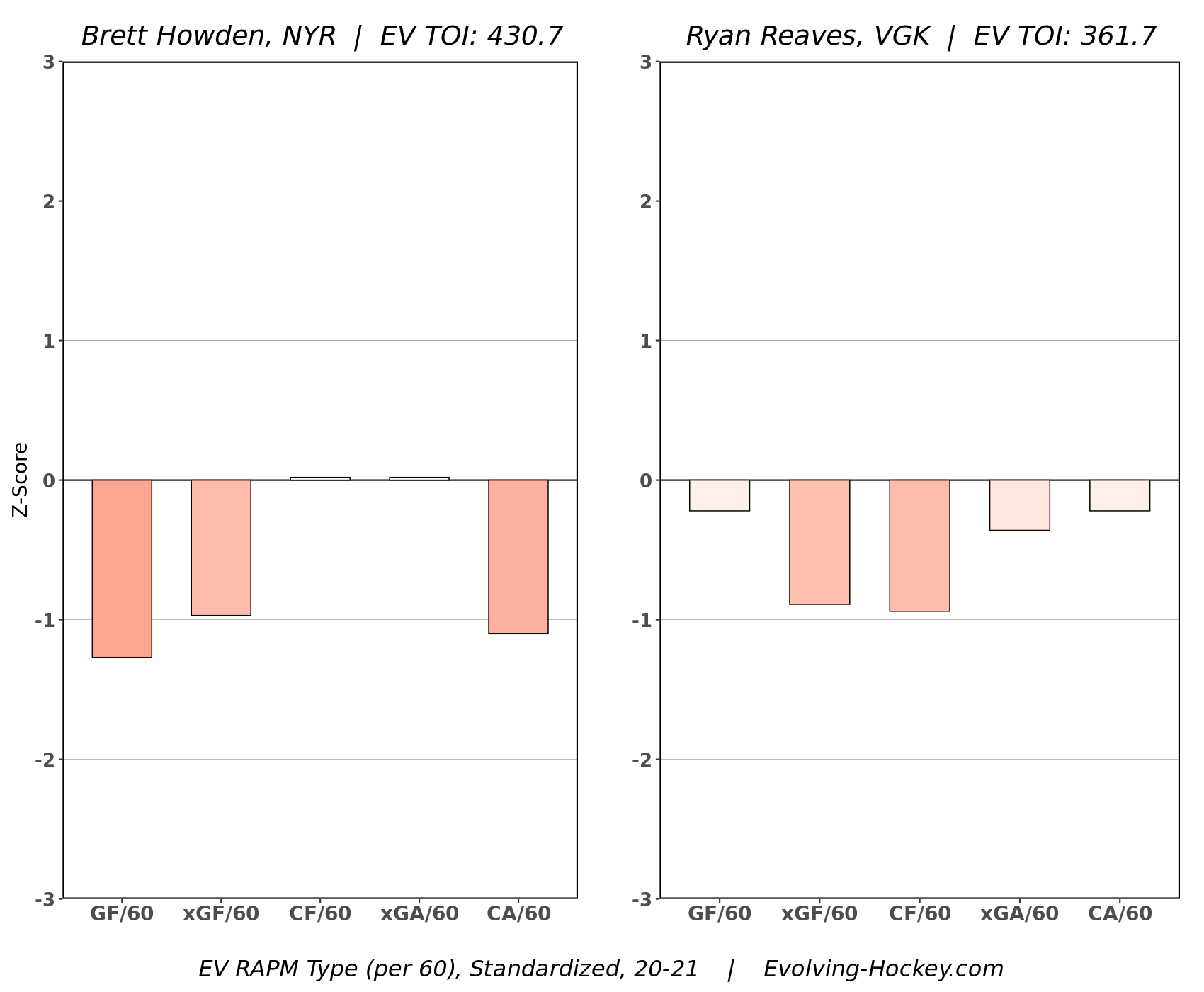 As for Hajek, it’s less about Hajek the player, and more about having a legitimate third pair. Hajek and Howden appear to have been rushed to the NHL to justify the Ryan McDonagh trade. Both faltered because they needed time in the AHL. But don’t let that fool you, he’s flat out horrible, to the point where Jarred Tinordi is better. 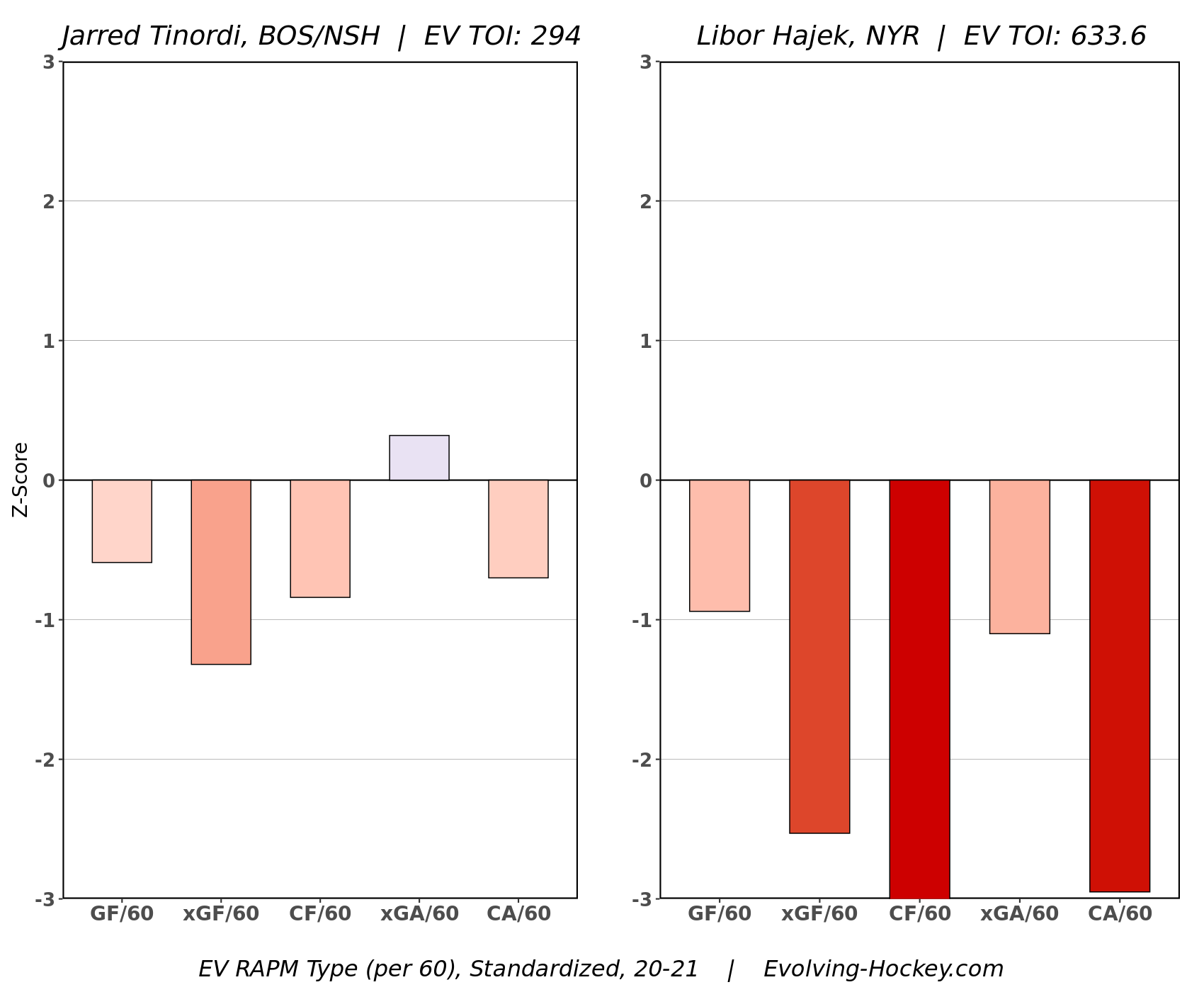 Aside from Gallant, removing these two from the lineup is the biggest net positive, and grading the Rangers offseason should include this.

3. With the good comes the bad. Subtracting Pavel Buchnevich is a big net-negative for the Rangers. He was wildly underrated, and apparently it wasn’t just by the Rangers either. His loss will sting. For a team that is looking to make that leap into Cup contender, losing a true top line winger for peanuts is a tough blow to take. There’s no explaining away that trade, it was bad.

That said, the Rangers are banking on Alexis Lafreniere, Kaapo Kakko, and Vitali Kravtsov filling that scoring and possession gap in the aggregate. However, their expected steps forward was not an offseason move, and more of an expectation. Less on Kravtsov and more on Laf / Kakko, the Rangers need them to take the appropriate steps forward. If they don’t then even keeping Buchnevich wouldn’t have helped. The good news is that they were trending significantly up by the end of last season. This season should be even better with a full preseason and training camp.

However – can we really count their progression in grading the Rangers offseason? Is the expected something we can objectively grade Chris Drury on? It’s a fine line, but in my opinion, this isn’t a move Drury made as much as it was an expectation that with more ice time comes more contribution.

4. When it comes to offseason moves, most will focus on Tinordi and Ryan Reaves. Of the duo, only Reaves will get significant time. Tinordi is going to be an 8D at best, so let’s move on from him and not induce more panic, ok?

As for Reaves, he will get significant time in the sense that he will likely get 50-60 games at around 8-10 minutes TOI per game. Given his declining production over the past two seasons, that’s a cause for concern. Objectively, Reaves is likely a net negative on the ice. What we can’t account for is the net-positive in the locker room, which the Rangers sorely need. After everything that happened last season, the Rangers need a stabilizing and overall positive presence in the locker room. The added history with Gallant is just a bonus. Yea he likely won’t have a magical turn around on the ice, but the human factor will be improved.

Perhaps this is just me being an eternal optimist.

5. Now to the elephant in the room, which is Barclay Goodrow. The biggest “prize” of the offseason, Chris Drury gave Goodrow a monster contract which is objectively bad. Much like the Buchnevihc trade, this is a bad contract and there is no explaining it away. However Goodrow isn’t your typical Glen Sather bad contract. Goodrow is a solid defensive player, one that will be on the ice in shut down situations. He has a specific role to fill, and he will do it just fine. He’s also a guy that can and will chip in a bit offensively. He’s not Marc Staal where the puck is a grenade on his stick.

There is a strong argument that the Rangers could have just kept Buchnevich and not signed Goodrow. Instinctively, that is something I would have preferred. The biggest factor in grading the Rangers offseason will be how Goodrow does in his role –emphasis on in his role. If the plan works, then Drury is a genius. If not, well, this is going to be the shortest window to win ever.

6. Two bullet points for two iconic Rangers. First to Henrik Lundqvist. All we can say is thank you. You were the reason why the Rangers became and stayed relevant. I could go on forever about Lundqvist’s impact to the Rangers and, indirectly, to the rest of us as we watched him play. We were incredibly lucky to have had a generational talent and overall quality human being in net and on the Rangers for his entire career. Number 30 will be in the rafters, and the Hall of Fame will be calling. It is an absolute travesty that the Rangers never got him a Cup.

7. Rod Gilbert. Mr. Ranger. I was not around when he was the face of the franchise, so there are few personal stories I can share. A friend of mine shared a photo of his dad just chatting with Gilbert at the glass during a fan skate on the ice. Gilbert was so engaged in the conversation, and the picture showed how much he loved this fan base and talking to everyone. I never met him, but Conall shared a great piece on Monday that you should check out. Rest In Peace, Mr. Ranger.