What’s next for Chris Drury and the Rangers this offseason? 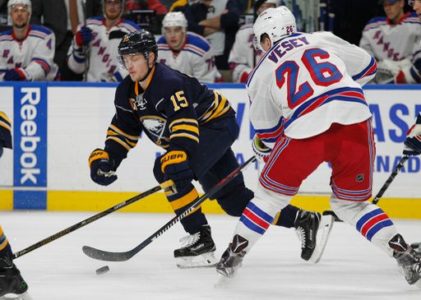 The offseason has officially hit cruise control for the Rangers. Chris Drury has made the majority of his moves, and now it’s just tying up loose ends. The elephant in the room is Jack Eichel and the expected trade at some point. Be that to the Rangers or some other mystery team. Aside from that, the roster is pretty much set. So what is left for Drury to do this offseason?

Figure out the Eichel situation

This is playing out much like he Rick Nash situation from many years ago. The rumored price was extreme, and the Rangers were really the only team in it. Then the announced deal was far less than expected. At the time, Brandon Dubinsky and Artem Anisimov were solid roster players, but far from top line talent. Tim Erixon was the “top prospect.” The first was the first. When there’s only one team realistically involved, and the dealing team has no leverage, the price comes down. Nash didn’t get market value, and neither will Eichel. It doesn’t matter what Sabres fans say on Twitter.

Either the Rangers will get Eichel, or they won’t. If not, then the roster appears to be set. If so, then there appears that another move is coming. But how long can Drury wait before pulling out of any deal? Or does Drury use Eichel’s expected recovery time against Buffalo in negotiations?

The ideal scenario is that this is sorted out soon, with the Rangers getting Eichel for 50 cents on the dollar. Will that come to be?

The Igor Shesterkin contract should be announced at some point. It wouldn’t shock me if it’s done already, and just not being announced to keep the Eichel leverage with the Rangers instead of shifting some to Buffalo. Remember, $6 million off the cap does play a role here. Running the numbers, adding Eichel’s $10 million and Shesterkin’s $6 million means the Rangers are over the cap by $1.5 million. Subtract Anthony Bitetto and Dryden Hunt, and the Rangers are over the cap by $500,000. Hardly an issue, but still over the cap. By delaying an announcement, they technically don’t have to worry about being over the cap just yet.

The only other RFA that needs to be signed would be Libor Hajek, and that will come in under $1 million anyway. This is the first offseason I can remember where the Rangers don’t have that many RFAs to sign, and none are arbitration eligible anymore. Remember, Shesterkin passed on arbitration, so that deal is basically done. In terms of actual roster moves, the rest of the Rangers offseason may just be signing the RFAs.

This offseason left more questions than answers. It’s a problem, and one that unfortunately leads to the Rangers actually having a net-negative outlook in some statistical models. I don’t necessarily think those models are fair, as the Rangers are benefiting mostly from a coaching change. While these models include removing Howden/Hajek from the lineup and the expected increased ice time for Lafreniere/Kakko, it doesn’t account for the systems change. This is where hiring Gerard Gallant will have major impacts. The Rangers will be far more aggressive in the neutral zone and will no longer give up the blue line by design. This matters, and I don’t think any of the models account for it. Feel free to correct me in the comments, of course.

That said, and I’m as optimistic as they come following the offseason, there are a ton of questions. Specifically about how much the punchers will play if they aren’t effective in other aspects of the game. To that, I believe there is a plan based on expected roles and opponent on any given night. We don’t know what that plan is, so we can only just guess.

One last thing: Remember that in the playoffs, the rule book isn’t called at all. That’s why the roster balance is needed, as the skill guys get obstructed regularly without the same number of penalties being called. It’s unfortunate, but it’s true. If the rule book were called consistently in the regular season and in the playoffs, then we wouldn’t be having these kinds of conversations. The “let them play” mandate has negative impacts, and requires a more balanced lineup, one that can still score if they are getting hooked on every play.