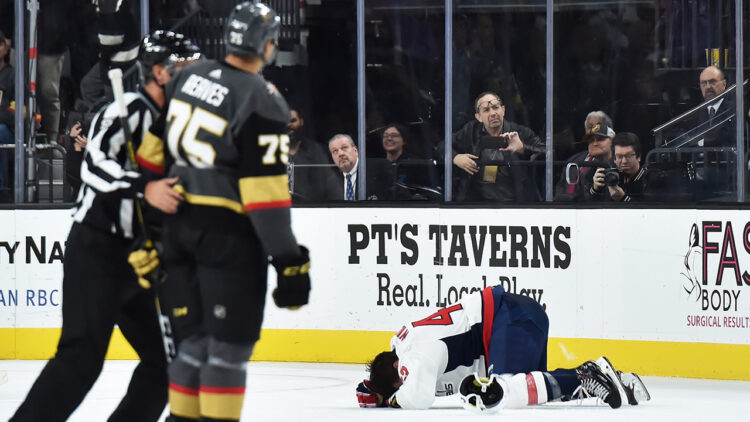 It’s been a funny and a lazy narrative. The running joke has been that Tom Wilson broke the Rangers and has single-handedly altered the Rangers trajectory and future. It’s easy to make the connection, with the Rangers getting Jarred Tinordi and Ryan Reaves as face punchers this offseason. Add that to the “tougher to play against” mantra and the Pavel Buchnevich trade, and you have yourself a narrative. But once you step away from the emotions of it all, Tom Wilson really hasn’t done much to alter plans. In fact, this was likely in the cards from the start.

These are minor moves

Aside from the Buchnevich trade, which I think we can all agree was a bad trade and looks like it had nothing to do with “being tougher to pay against”, the Rangers haven’t done anything major. Barclay Goodrow was not in reaction to Wilson or the three games against the Islanders. He was brought in to fill a role as a defensive winger who can still chip in here and there. He was brought in for balance. The crux of the matter is that Reaves trade and the Tinordi signing.

Starting with Tinordi, he’s likely to be the 7/8D, possibly even the 9D when all is said and done. His contract is completely buryable (not a word) to the AHL. He has never played 30 games in one NHL season in his entire career. He will likely spend most of his contract in the AHL. This really isn’t a big deal.

As for Reaves, if I told you that the trade were Reaves and a 4th to the Rangers for Howden and a 3rd, you probably wouldn’t be that upset, if you were even upset to begin with. Yea, Reaves will play and will be the 13F. He will probably get a few games against Wilson. That’s it. By all accounts he’s a fantastic guy in the locker room, which does matter too. This is a locker room that had a fight and a mutiny against its coach. They need some stability. Reaves, who has history with Gerard Gallant, will hopefully bring that.

This was always the plan

Crazy thought here, but Chris Drury isn’t altering any plans. The Rangers amassed skill, and now they are balancing out the lineup. They haven’t changed any trajectory of the team yet. They still have all their prospects, all their young roster players with high ceilings, and all that bright future. Did trading Buchnevich hurt? Absolutely, but when you take a step back, it likely needed to be done at some point. The return was awful, for sure, and I think if the return were better, no one would be complaining about that trade either.

The Rangers haven’t made wholesale changes, and being tougher to play against was addressed simply by bringing in Gallant and a true system. The rest is roster balance. By simply shedding Howden and Hajek, the Rangers are a significantly better team too. Mission accomplished.

The projected fourth line right now is a combination of Dryden Hunt, Morgan Barron, Reaves, Kevin Rooney, and Julien Gauthier. If you’re telling me there’s no skill there, then I’m telling you that you’re biased and not thinking straight. The projected third line, as of today, is likely Filip Chytil, Barclay Goodrow, and Chris Kreider. Well rounded, good in all three zones, and full of skill. What’s the issue here? Kravtsov, Kakko, and Lafreniere in the top six? Yea that’s banking on a lot and a big risk, but it’s a risk you need to take at some point.

That’s the big thing here. The Rangers are banking on that trio (or duo, if Kravtsov is dealt) to take significant steps forward. Tom Wilson didn’t break the Rangers. It’s just a lazy narrative used to get discussion. This was always the plan for the Rangers, to play the kids and balance the lineup. For better or for worse.