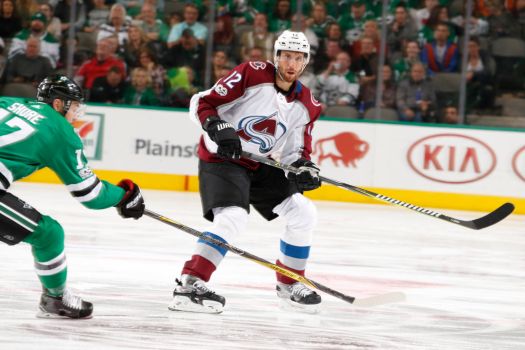 DALLAS, TX – OCTOBER 14: Patrik Nemeth #12 of the Colorado Avalanche skates against the Dallas Stars at the American Airlines Center on October 14, 2017 in Dallas, Texas. (Photo by Glenn James/NHLI via Getty Images)

The first day of free agency has come and gone, with the Rangers making four signings. They finalized the Patrik Nemeth contract before signing defenseman Jarred Tinordi, and forwards Greg McKegg and Dryden Hunt. On a day where the long term contracts were doled out to teams that will surely regret them, the Rangers were surprisingly quiet. Phillip Danault went to LA, Jack Eichel is still with Buffalo, and Ryan Strome is still with the Rangers. Quiet may be an understatement.

By not spending, Drury left the Rangers with many options and without any additional long term commitments. Given the back lash over the Barclay Goodrow contract, this was at least a win for the day for Drury, one that he desperately needed. The only signing the Rangers made that will definitely be on the opening night roster is Nemeth, with the others being depth signings.

The biggest move the Rangers made on the first day of free agency, Nemeth is a solid left defenseman that will likely slot in as the Rangers 3LD to start the season. He’s a steady defenseman who is a good skater, solid in his own zone, and adds that veteran presence to the blue line that the Rangers need on the left side. As a fellow Swede, he will likely be stapled to Nils Lundkvist’s side, easing his transition to the NHL. 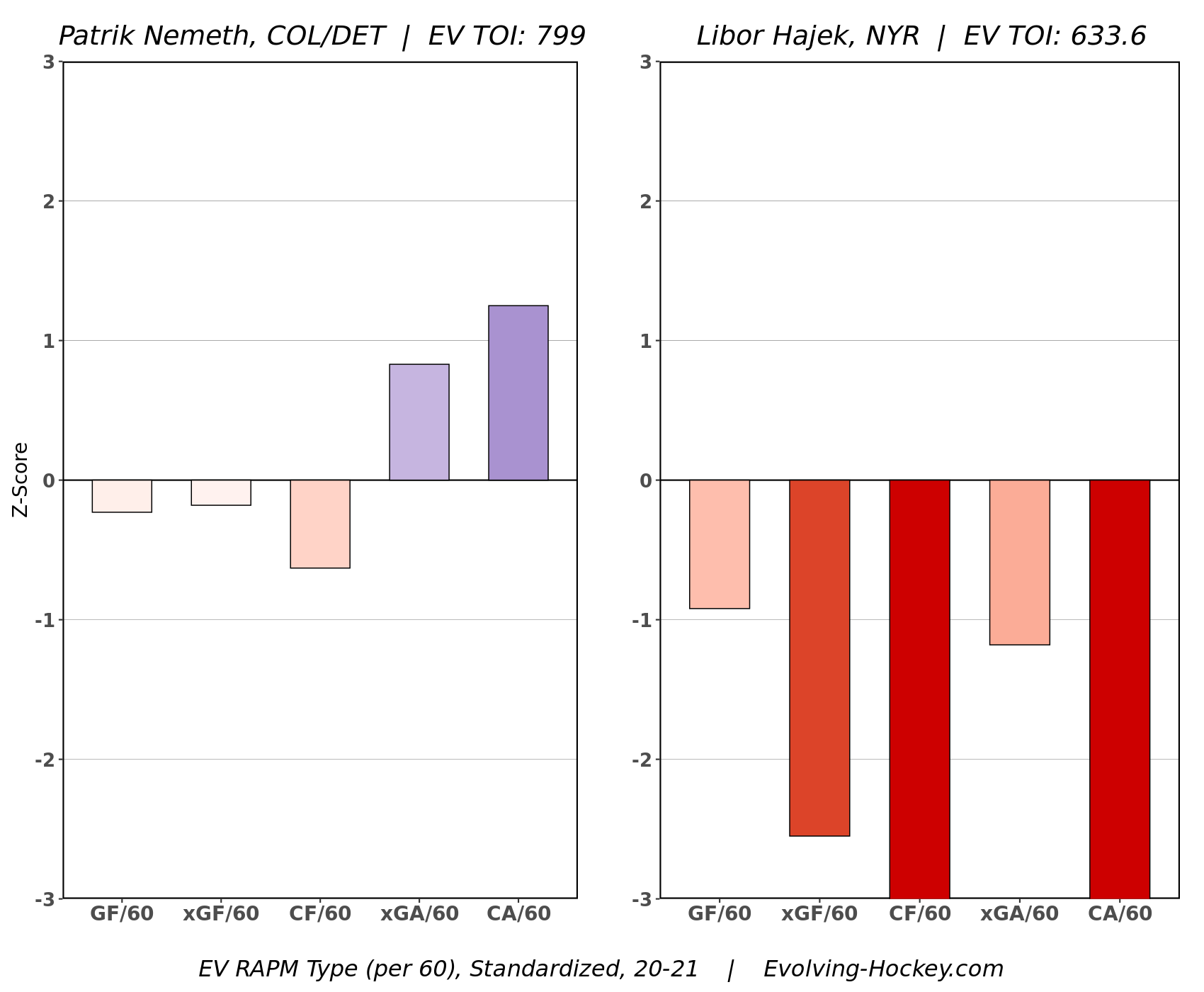 Nemeth may as well be Bobby Orr compared to who he’s replacing in the lineup, and this was the second of two major upgrades the Rangers needed to make. The third pair on defense was an absolute disaster, and just by subtracting Libor Hajek from the pair, the Rangers gain wins. Nemeth himself is also a solid defensive guy who hits and moves the puck. There isn’t more you can ask for in a bottom pair defenseman.

There was some concern about the contract –three years with a $2.5 million cap hit– but I think that is a little overblown. It’s not an overpay based on market value, and the Rangers really didn’t have anyone else to fill this role internally. The Rangers needed to make a big upgrade on the third pair, and they did just that.

Tinordi is your face puncher, someone who will likely be the 8D on the team who plays in specific spots. That spot is likely against Tom Wilson, but he may get a few games here or there. 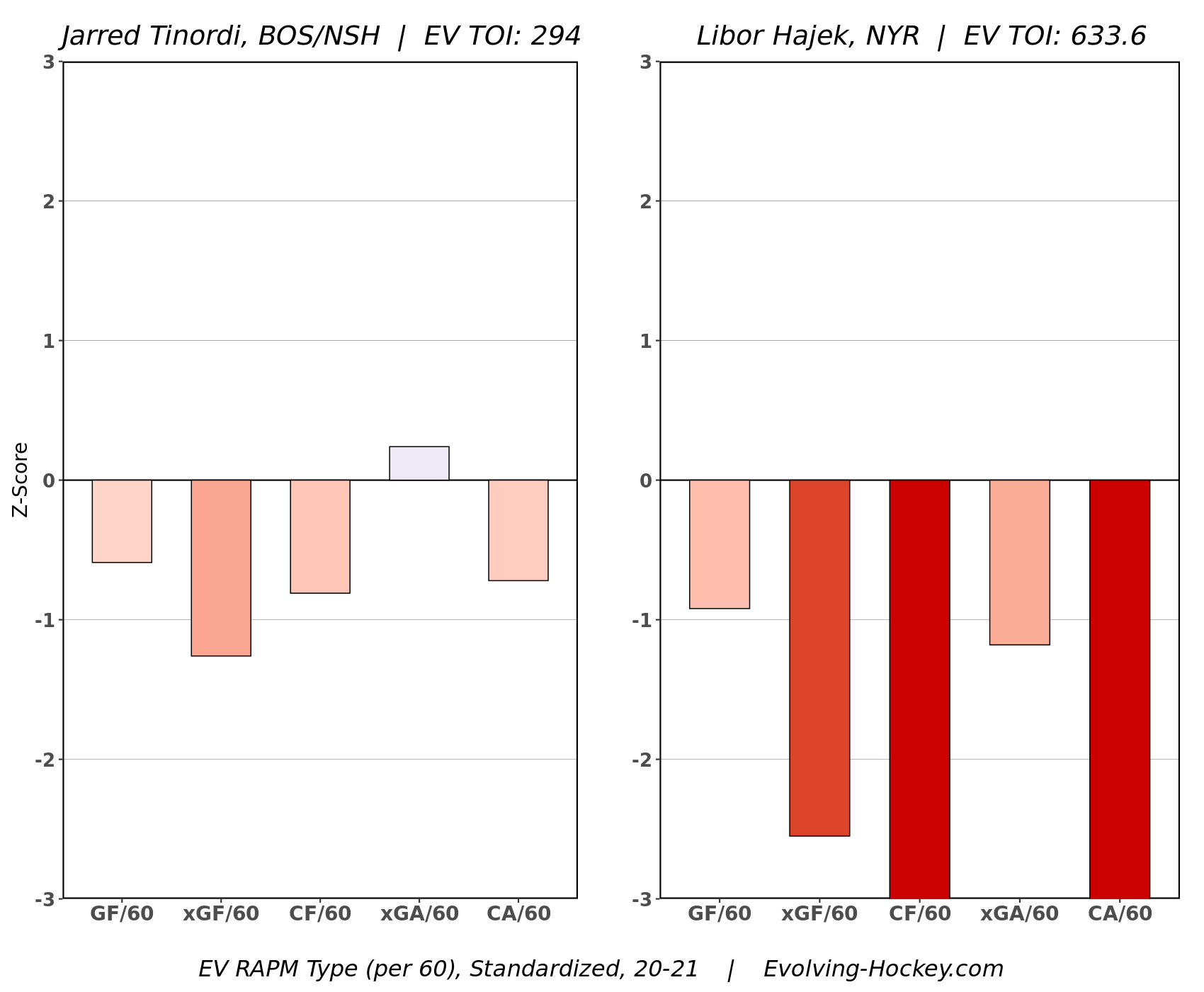 Again to leave everything in perspective, Tinordi isn’t overly good, but he’s still an upgrade. I’d expect Tinordi to bounce between the AHL and the NHL. His two year deal at $900,000 is fully off the books while he’s in the AHL, so there’s no concern there. I wouldn’t be surprised to see him in the opening night lineup, given the Rangers play Washington, and then in the press box or in the AHL for 80% of the season.

There were again some people who were upset with this signing. I don’t envision this being another Tanner Glass scenario.

This is a great signing by Drury. After losing Colin Blackwell to Seattle, he went bargain bin shopping to try to find the next one. Hunt is all over the ice, in the dirty areas, taking shots, hitting everyone, and just an overall solid hockey player. The fact the Rangers got him for this cheap is actually solid. 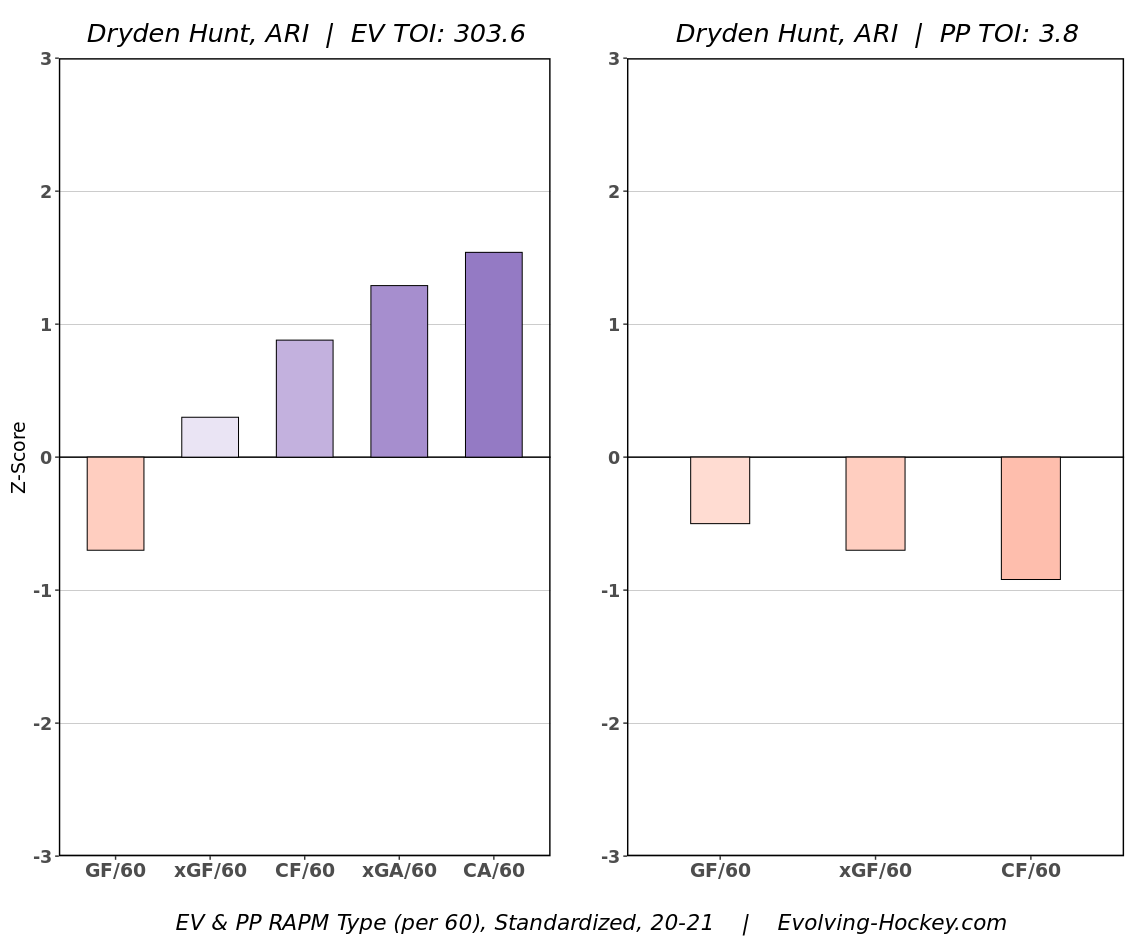 The only red at even strength for Hunt is in GF/60, which is likely a product of being with Arizona. He’s a play driver, plain and simple. The immediate thought I had was they found their Blackwell replacement. He’s versatile, he’s good, and he will likely win a spot on the fourth line pretty quickly. This is the kind of depth signing you love to see.

McKegg is the only two-way deal here, and also the only one year deal. It was surprising to see the Rangers go back to this well again. But McKegg is likely to bring some veteran presence to the Hartford Wolf Pack, something they also desperately need. He will likely serve as the 14/15F for this team, given some of the other additions.

Reading some of the tea leaves, I’d assume McKegg would be behind Hunt in the depth chart, given the contract.

Drury won the first day of free agency for the Rangers by simply not doing much. Sometimes that’s all you need. He simply didn’t sign bad players, and that’s a stark contrast to teams of the past. How often do we need to worry about a Jack Johnson, Tanner Glass, Brett Howden, Libor Hajek?

Also by staying silent, the Rangers allowed teams to fall out of the Jack Eichel race, thus completely removing whatever leverage Buffalo thought they had. LA likely isn’t in it anymore. Minnesota is out. Vegas is likely out due to cap reasons. It seems like the only two teams left are the Rangers and Anaheim, if Anaheim is truly in it.

This is where the Pavel Buchnevich trade becomes more perplexing. We will get into a full review of that trade soon enough, but trading Buchnevich for pennies on the dollar without a big ticket acquisition becomes a waste of an asset. Remember, they could have simply had him for a year and let him walk in free agency. The point was clearing space for that acquisition.