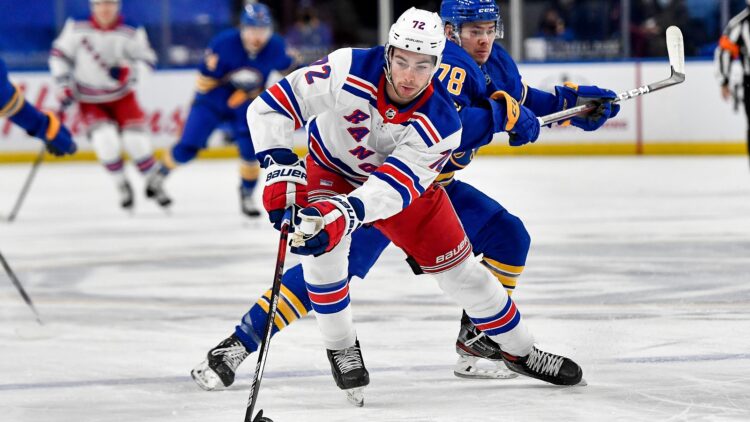 Per Larry Brooks, who has returned from his vacation with a vengeance, the latest Rangers offer for Jack Eichel does not include re-signed center Filip Chytil. This checks out, as it was unlikely the Rangers would have re-signed Chytil just to trade him. That doesn’t mean he won’t be included in a deal, it just means the Rangers are more reluctant to include him.

Per Brooks, the latest offer is Zac Jones, Vitali Kravtsov, Alex Georgiev, and a 1st round pick. This checks out, given some of the moves we’ve seen. Signing Patrik Nemeth to a multi-year deal meant Jones was definitely expendable. Kravtsov is clearly the high end prospect, however including him does make you wonder what’s going on at RW next season. Georgiev is a given, as is the 1st round pick.

As an aside, Georgiev would do well in Buffalo.

The sticking point in the Eichel offer is apparently Chytil, but Drury is holding fast and doesn’t want to deal him. This again makes sense, as Chytil is just 21 years old and is already flirting with top-six center duties. There’s no rush here. This reeks of 2012 and Rick Nash, just playing the waiting game until it’s done.