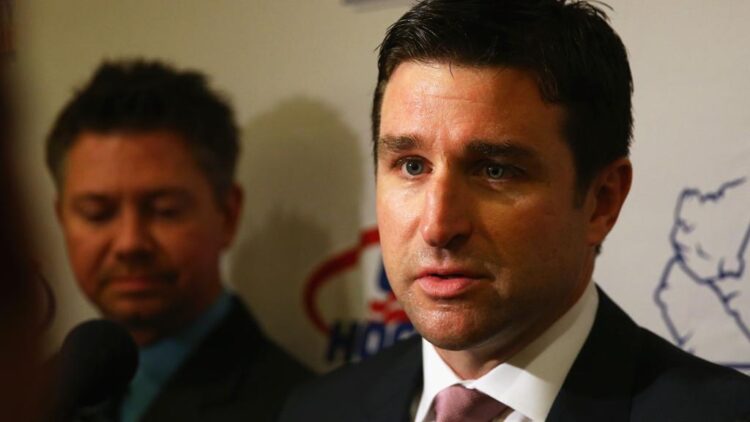 It’s good to be a Rangers fan again. Up until a few years ago, I almost forgot how enjoyable it is to follow this hockey club during the offseason. Every summer was interesting. The Rangers were always in the mix for every free agent. Every trade rumor somehow involved them one way or another.

Mind you, most of the reported rumors were usually hot garbage. They often made no sense in any effort to construct a winning roster. However, for the sake of entertainment, they were always a fun read. Don’t get me wrong, rebuilding was the right way to go and was probably long overdue. I just didn’t realize how much I missed the rumor mill.

What makes this summer particularly interesting is that there’s so many ways this offseason can go, setting the stage for the next phase of the Rangers evolution. For the first time in recent memory, they are loaded on skill and thin on grind. That is a good place to be just before the window to win opens, given the high cost to acquire the former.

As an aside; This was written before the expansion draft.

Sure, there is a need to find a long-term solution down the middle. As much as I love Zibanejad, Strome, and Chytil, they’re all really similar players (to varying degrees of skill obviously) and probably can’t win a Cup as the 1-2-3 down the middle. One or two of them will likely get replaced within the next year.

Part of that has to do with their next contracts. Part of it is because they’re all more or less east/west playmakers. At some point it would be beneficial to get a center that has better two-way ability, plays crease to crease, and won’t roll their eyes when the coach asks them to drive to the net.

As for the grind issue, part of that has been addressed with the addition of Barclay Goodrow. He can block shots, win those crucial board battles, and will bring a heavier forecheck. All of which has been lacking with this team for years. I’d still like to see another hard-nosed player added to the top 9, especially if the organization is seriously considering trading Pavel Buchnevich.

Perhaps Kakko will grow into that role. He made major strides defensively last year and his play along the wall was significantly better. Still, we don’t know what his ceiling is quite yet. Therefore, he is a major domino that could have ripple effects on this roster. Is he another Buch with a well-rounded game? Or is he going to be moderately better than Jesper Fast? That’s a major question that needs to be answered before Buch gets packaged.

The Rangers top four of Fox, Lindgren, Trouba, and Miller should be a lock for years to come. However, the glut of prospects on the blueline could also impact which direction Drury takes the Rangers roster this offseason.

Nils Lundkvist (RD) might need time to fill out before he breaks into the show. However, he looks like a legit offensive defenseman. While he’ll compete with Braden Schneider for that last right D spot, the two players have vastly different games with the latter being more of a Ryan Lindgren type.

On the left side, you have Zac Jones who had a nice debut late last season when the Rangers were a tire fire.  I thought he held his own there. He’ll compete for a spot with Matthew Robertson, who was one of the better defensemen in the WHL last season.

The Rangers aren’t likely to go with two rookies on defense without adding a veteran presence. Who they sign, for how much, and for how long will speak volumes to where they think these four prospects are in their development curves. Of course, the major domino could be some sort of package including one or two of these guys to address needs at forward.

Filling Lundqvist’s shoes was never going to be an easy task. To be honest, I wasn’t overly impressed with Shesty earlier in the season. However, I started to realize how different his game is from Hank’s (positioning, crouch, save selection, etc.). That’s going to ultimately translate to different types of goals being given up.

Regardless, Shesty needs a veteran backup that knows he’s backup and can deliver when called upon. That to me isn’t Georgiev, who is currently in yoyo land, which is neither good for his development nor the team.

Goalies normally don’t return much trade-wise, so I’m not sure what his value would be on the market. However, him being packaged with a Chytil, or a Strome, and a defensive prospect also could be another domino that could fall for the Rangers this offseason.

Overall, there’s a lot of different scenarios that could play out following the expansion draft and the rest of the offseason.  Regardless of what path Drury decides to pursue, the fact that there is high end skill up and down this roster gives me full confidence that competing for Cups isn’t that far away.