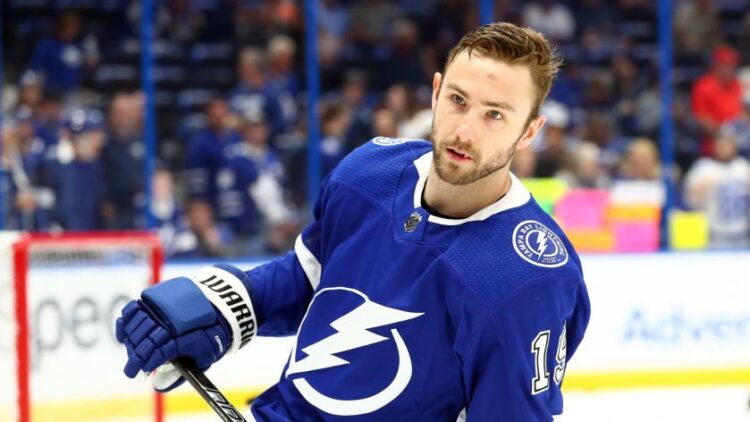 This past week started the absolute madness that became the roster freeze deadline before the expansion draft. The Rangers were active, and there are rumors abound. This is just the tip of the iceberg too, as it sounds like the Rangers are going to be extremely active after the expansion draft. Let’s dive in.

1. First things first, on the Barclay Goodrow contract. Rob covered it this morning, but the absolute freak out over the contract is unwarranted. Is it two years too long? Absolutely. But this isn’t the killer deal that people are making it out to be. It’s clear Chris Drury is going for it, and he’s doing it his way. When Goodrow’s contract is hitting its fifth year, the following players will be in their mid-thirties: Artemi Panarin, Mika Zibanejad, Chris Kreider, Assuming $9 million for Zibanejad, and that’s $27 million of players who are fading from the top-six. The window is now, when your top players are still producing on big contracts and before your top picks need pricey contracts. I’m not a fan of the deal, but I get why it was made. This isn’t a Donald Brashear contract or a Tanner Glass contract. It is an overpayment, and the contract is too long, but let’s not act like the sky is falling.

2. Goodrow adds a much needed element that the Rangers were missing. He adds that willingness to do the dirty work, and yes it does show up in the charts. With the right line mates, something that Gerard Gallant should be able to find, he will get to the corners and the front of the net, while skill players keep everyone else busy. He’s also incredibly sound defensively, decent on faceoffs, and will be that bottom-six guy that rounds out the lineup. As much as we focus on skill and the need for high end talent and depth talent, a balanced and deep lineup wins. Goodrow is a net-positive on the ice and will add to that.

One last point: Goodrow is not a Pavel Buchnevich replacement. They play different roles. Goodrow is replacing Brett Howden and filling in on the third line as needed.

3. Dumping Brett Howden, even for a nominal return, is a huge win for Drury. I didn’t get the impression that, even if Howden was staying, that he would get same ice time. Gallant has much different priorities than David Quinn, and I had the feeling Howden was going to spend more time in the press box. At least now, there isn’t even the temptation. Howden was a bottom-five player in the league, and I do hope that getting away from Quinn will do him some good. Fixing that bottom six is going to be a key to success, as it was a major problem last season.

4. I only buy into some of the rumors being presented. I think the Rangers are still in on Jack Eichel. I also think that the Rangers are exploring trade options for both Ryan Strome and Pavel Buchnevich. It would not be surprising to see at least two of those options connected to each other. I’m still of the belief that if the Rangers land Eichel, Strome will be in the deal for salary purposes and as an asset for Buffalo to flip at the deadline. As for the rest of that deal, your guess is as good as mine. But I don’t think that Buchnevich is included in the deal if Strome is.

5. As for Buchnevich, I think we should be very clear that it is very difficult for the Rangers to get better in a win-now situation by trading him. If the assumption is Vitali Kravtsov will step in and replace that production, that is a bold prediction that even I wouldn’t make. If we remember that Goodrow doesn’t exactly have an offensive pedigree, then there aren’t many options here. This is where I get the feeling Buchnevich is only dealt if the Rangers don’t land Eichel (assuming he isn’t part of the deal). Teams are lining up for him. It’s a matter of cost. This is the first offseason where we have no idea what the plan is, and it’s a little maddening, isn’t it?

6. I do not buy, for a second, that Drury will give up a first round pick for Nicolas Deslauriers. That was just pure speculation and conjecture from the 31 Thoughts Pod. When you listen to the exact words, they are saying Deslauriers solves a problem, and in a totally other thought that Anaheim might get a first round pick. I don’t think the two are connected. Ditto with the Rangers and Zach Hyman, who is projected to get six years and $6 million. The 31TP said that the Rangers were intrigued, but didn’t want to pay that asking price. So they went with Goodrow instead. Nothing to see here. Of the two, *maybe* Deslauriers winds up with the Rangers, but not for that price.

7. One position that has been left oddly quiet is defense. Left defense in particular. Nils Lundkvist –if not traded– likely has the inside track for the 3RD position, but as of now the 3LD position goes to Zac Jones. If you assume Ryan Lindgren and K’Andre Miller are your 1-2LD, then perhaps the Rangers are eyeing someone in free agency? There’s nothing wrong with Jones, and he’s got a great ceiling and is a solid prospect. But we didn’t see much of him to close out this season. Ten games isn’t a great sample size, even if it included four assists. Remember that Libor Hajek looked good in his first five games too.