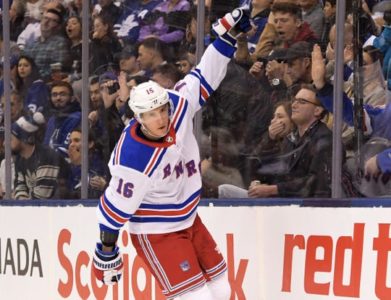 Almost as soon as the the expansion draft protection lists were released, the Rangers were the subject of another interesting rumor. It looks like Ryan Strome is drawing decent trade interest, with Ottawa specifically being called out. The fact that Strome is drawing attention shouldn’t surprise many, as he’s a bargain and has solid numbers. The Rangers won’t keep both him and Mika Zibanejad, and since the Rangers already tried to move him last offseason, there is logic to trying again this offseason.

Ottawa was the only team called out as interested in Strome in the rumor, so it makes sense to start there for a potential deal. The last time these two teams made a significant trade, it was the Zibanejad/Derick Brassard trade. It isn’t Jeff Gorton at the helm this time around, but Chris Drury was with the team for that trade. Ottawa would be getting a bonafide 2C, but one that might be a little more money in the future. We know how Ottawa likes to save money, so I wonder if that plays into the conversation. 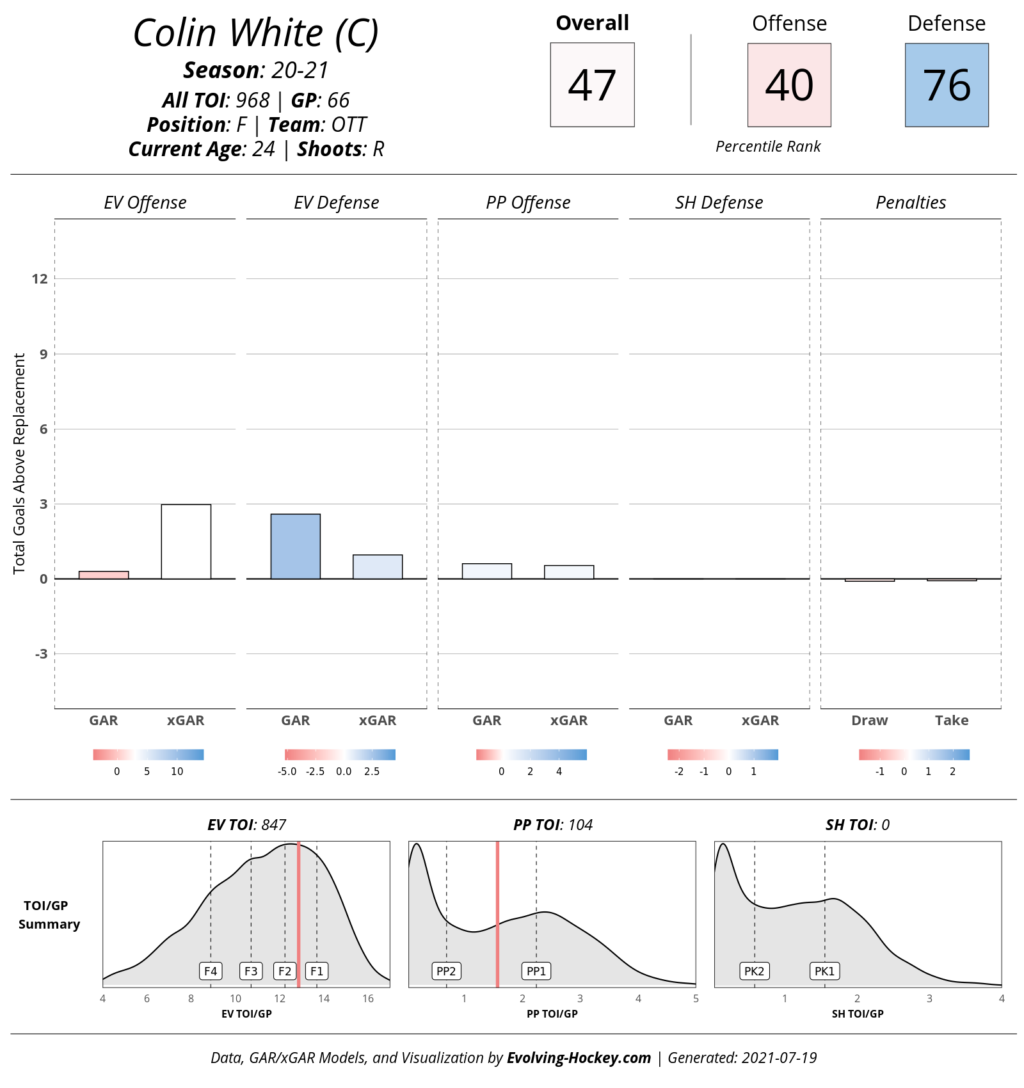 The first name that always gets mentioned with Ottawa is Colin White. White has four years left on his deal at $4.75 million, and he doesn’t really have the offensive production to warrant such a deal. The 24 year old center is mostly a defensive specialist, someone the Rangers just got in Barclay Goodrow.

The money factor certainly plays a role here, as that contract isn’t exactly great for the production. White also gets $6 million in real dollars in that final year of the contract.

While White may be the first name that comes to mind, this likely doesn’t move the needle for the Rangers. Why trade for Goodrow if White is the target from Ottawa?

Of course this may change if the Rangers don’t sign Goodrow, which is always a possibility.

This idea was floated on Twitter, and it’s the next logical step to take from White. The Rangers aren’t getting Brady Tkachuk or Tim Stutzle, so Norris is the next man up. 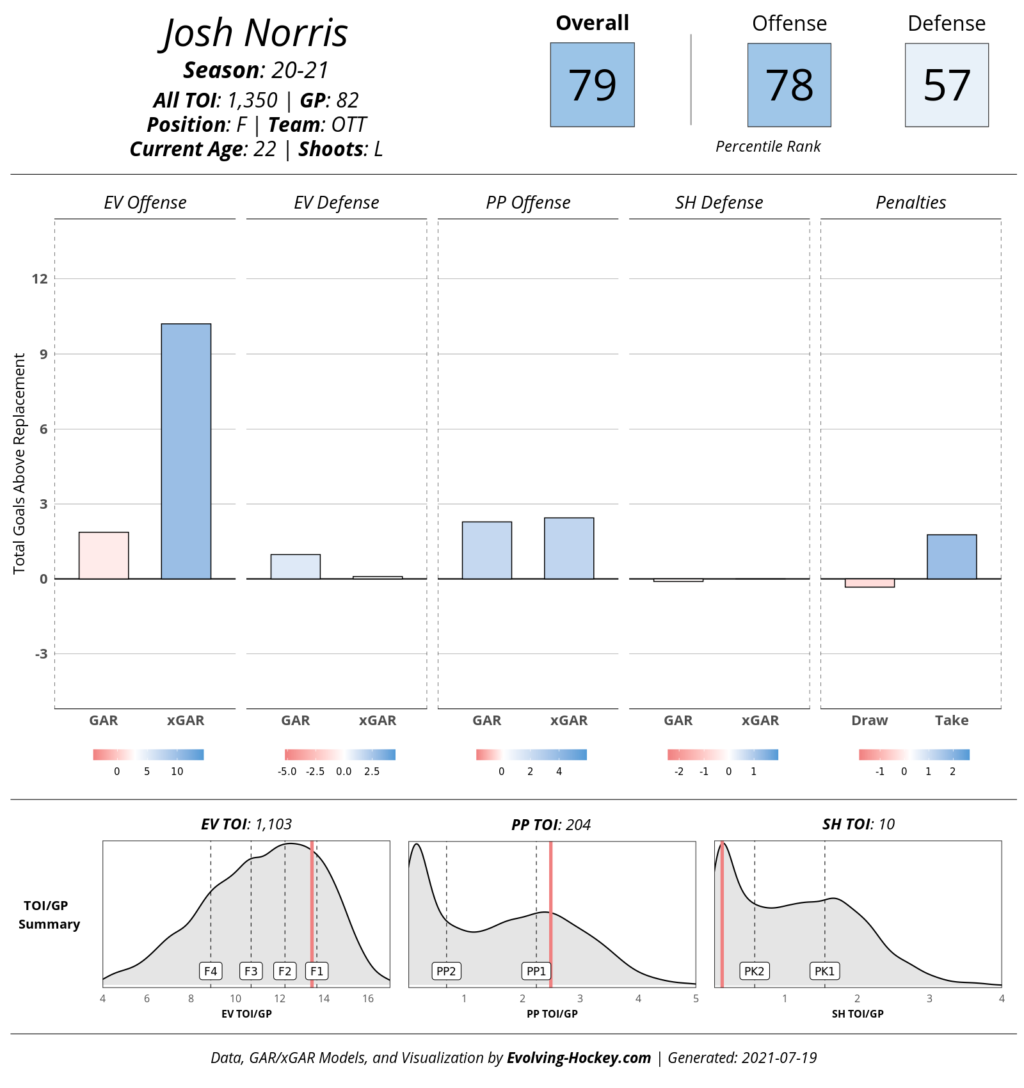 Norris, a former first rounder, has some pretty solid underlying numbers. He has offensive potential and impacts, and has already put up a 17-18-35 season. Why Ottawa would do this is a bit of a stretch, admittedly, as you can argue that they want a more veteran leader to guide their younger players like Tkachuk, White, Thomas Chabot, etc.

There may also be a real dollars factor here. On the surface, Strome is more expensive in the short term, for sure. But Norris is going to be do a raise at some point, and it may get up there rather quickly. Strome, on the other hand, may be a little easier to predict. Again this is a bit of a stretch, but how much galaxy braining would we have needed to conjure up Zibanejad for Brassard? It’s not exactly unfounded, and there is a precedent that has been set.

Or maybe it’s something as simple as the Rangers adding Alex Georgiev to Strome? But that’s just me spitballing.

Draft picks? Prospects? This doesn’t necessarily make sense for the Rangers, as they are starting to turn the corner into a contender. The Rangers don’t need to trade Strome, and this is something that is often forgotten. If Ottawa is truly targeting Ryan Strome, then they will need to give to get.

On paper, I can’t really see these two teams syncing up on a trade, but again stranger things have happened. After all, Ottawa gave the Rangers a 2nd round pick with Zibanejad in that Brassard deal.