On the Oliver Ekman-Larsson to the Rangers rumor 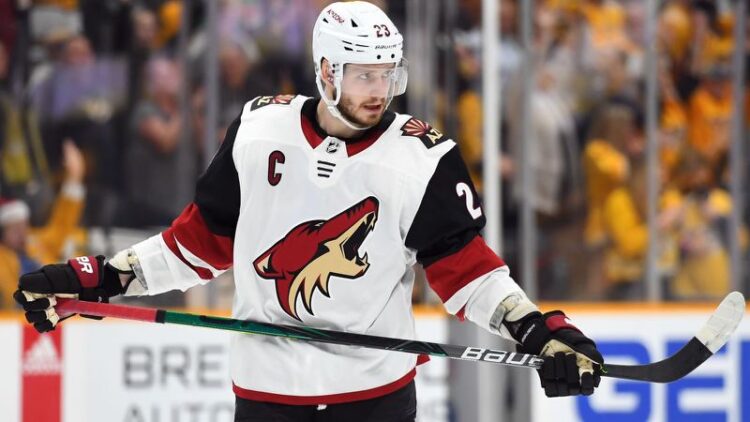 Over the long weekend, there was a rumor from The Fourth Period that linked the Rangers to Arizona defenseman Oliver Ekman-Larsson, which is a bit of a ridiculous rumor. While the rumors appear to be true that Arizona is looking to blow things up, and OEL is one of their more expensive trade chips, it seems odd that the Rangers are linked here. Perhaps it is just my ignorance, though.

OEL, at once a premier LD in the league, has a brutal contract. At $8.25 million over the next six (!!) seasons, OEL will be 35 years old when his contract ends. If that’s not a giant red flag, then let’s dive deeper. He was once a premier defenseman, but has more or less fallen off a cliff in recent years. 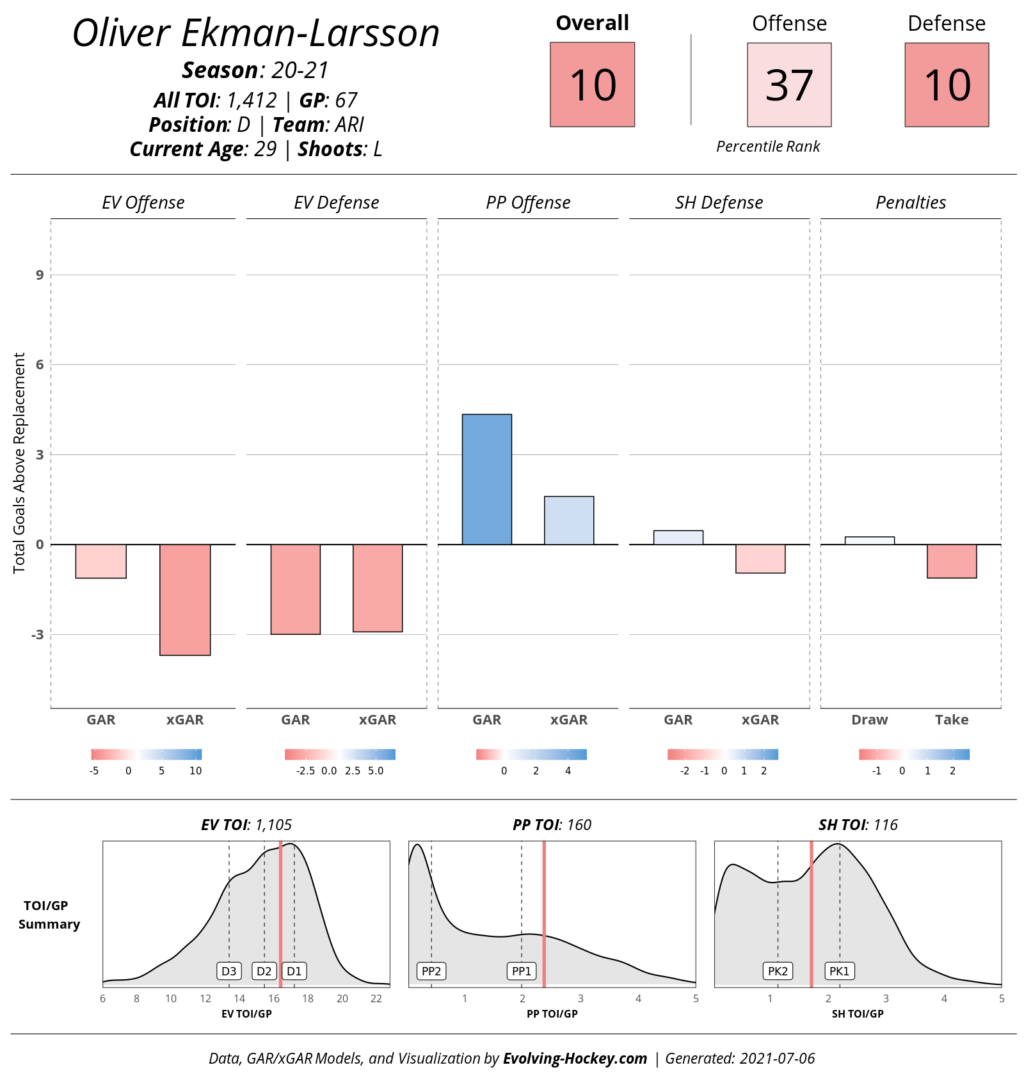 There is nothing here that screams value, let alone worth $8.25 million a season. The Rangers may have the cap space to fit him, but there is no logical reason to do so. Usually we try to find xGAR outperforming GAR across the board, but there is not one metric that shows this. I’m not overly fluent in Arizona’s on-ice production, but this is relatively damning.

If you’re hoping for a rebound season, remember that OEL will be 30 when next season starts. That isn’t exactly the age when break0ut seasons occur. OEL is not the kind of player that has aged well, and he will likely continue that downward slide.

No fit in New York

The other odd thing here is that the Rangers have no fit. OEL is being paid like a top defender –of which he is not– and the Rangers have no need for him. Ryan Lindgren and K’Andre Miller are entrenched in the 1-2 LD spots. Paying $8.25 million a season, or even $4.125 million at 50% retained, for a bad 3LD seems irresponsible. This doesn’t pass the sniff test for the Rangers.

In the end, the Oliver Ekman-Larsson to the Rangers rumor has no logical legs. Then again, we don’t know what to expect from this team this offseason. Perhaps that’s just Devil’s Advocate, but this is just a “throw the Rangers in there because they have money” kind of rumor.