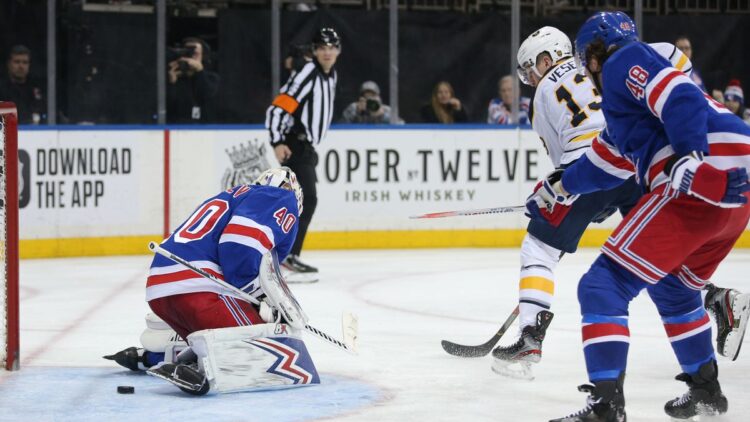 A “guaranteed trade chip” last offseason, the Rangers signed Alex Georgiev to a two-year deal to keep in New York through next season and the expansion draft. Initially going to compete with Igor Shesterkin for the starting job, Georgiev’s relative inconsistency, coupled with Shesterkin’s solid play, made Georgiev the backup rather quickly. In 19 games this season, Georgiev put up a .905 SV% and a 2.71 GAA, which isn’t that good. This was also his third straight season of a declining SV%.

Georgiev is the king of streaks. He had two sets of 3+ games –2/10-3/4 and 3/17-4/9– where he posted solid numbers, with both his shutouts coming in these streaks. The problem with Georgiev’s season was that outside of these streaks he was rather pedestrian or downright bad. 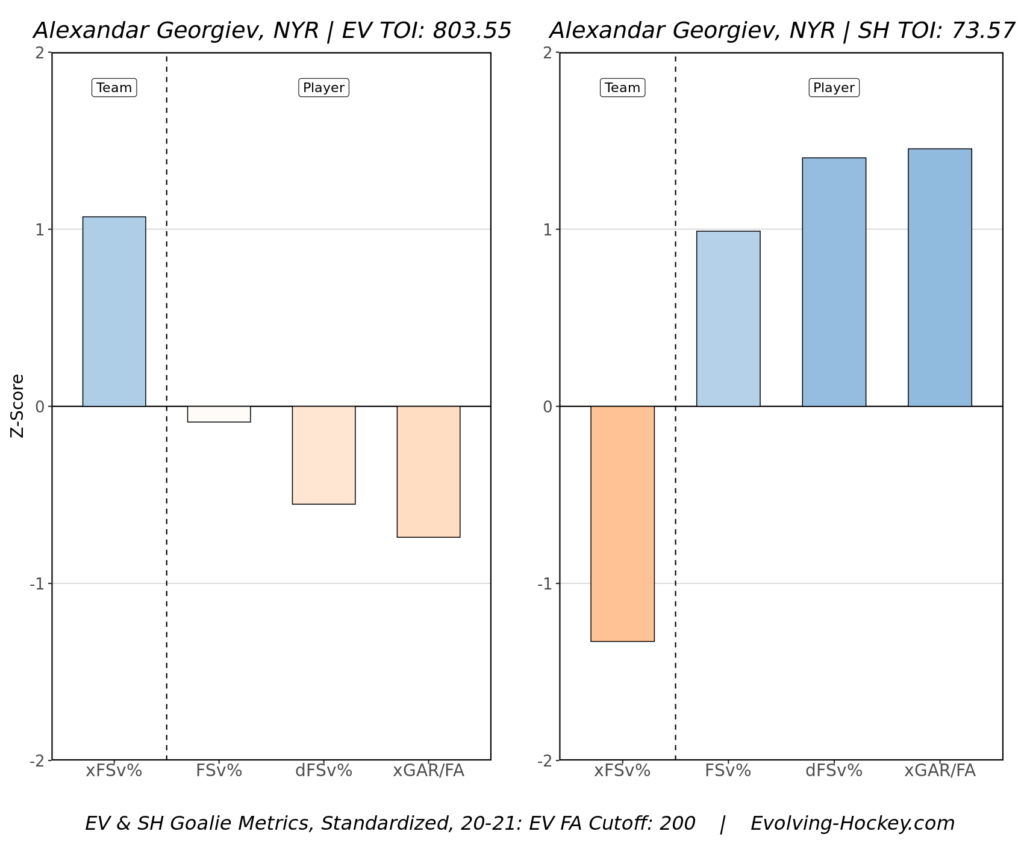 Georgiev was a relative disaster at even strength. Unlike with Shesterkin, the team put up a much better defensive effort with Georgiev in net. However his even strength results, isolating the goalie performance, was nowhere near what it could have been. Yet shorthanded, he was borderline dominant despite abysmal performance in front of him. I find that to be fascinating. It’s almost as if the worse the team is, the better Georgiev plays.

This isn’t to say Georgiev is bad or had a bad season. It’s to say that, surprisingly, his shorthanded performance probably masked some of his even strength deficiencies. When you watch, he’s not always in the solid position that Shesterkin is in, with a few more jerky and dramatic movements in net. This definitely shows up in the stat sheet, as making him move opens up holes. But is that truly a weakness, or is it just that Georgiev isn’t Hank or Shesterkin?

You can’t ignore his shorthanded results, but you also can’t ignore the struggles at even strength. It’s clear Georgiev isn’t long for a Rangers uniform, but hopefully he can rebound with better stats next season.