When the Rangers won the 2020 NHL Draft Lottery and drafted Alexis Lafreniere, it was considered a major step forward in their rebuild. While Lafreniere isn’t going to be Connor McDavid, he was going to immediately bolster the scoring depth on the Rangers. He struggled for sure, but he finished the season strong.

In 56 games, Lafreniere finished the season with a line of 12-9-21, of which 8-5-13 came in final 25 games. That leaves 4-4-8 in the first 31 games. Not exactly the best splits, but he was at a 40-point pace to close out the season. All this without significant powerplay time and mostly playing on the third line. It was a crime that the number one overall pick got 64 minutes of powerplay time this season. 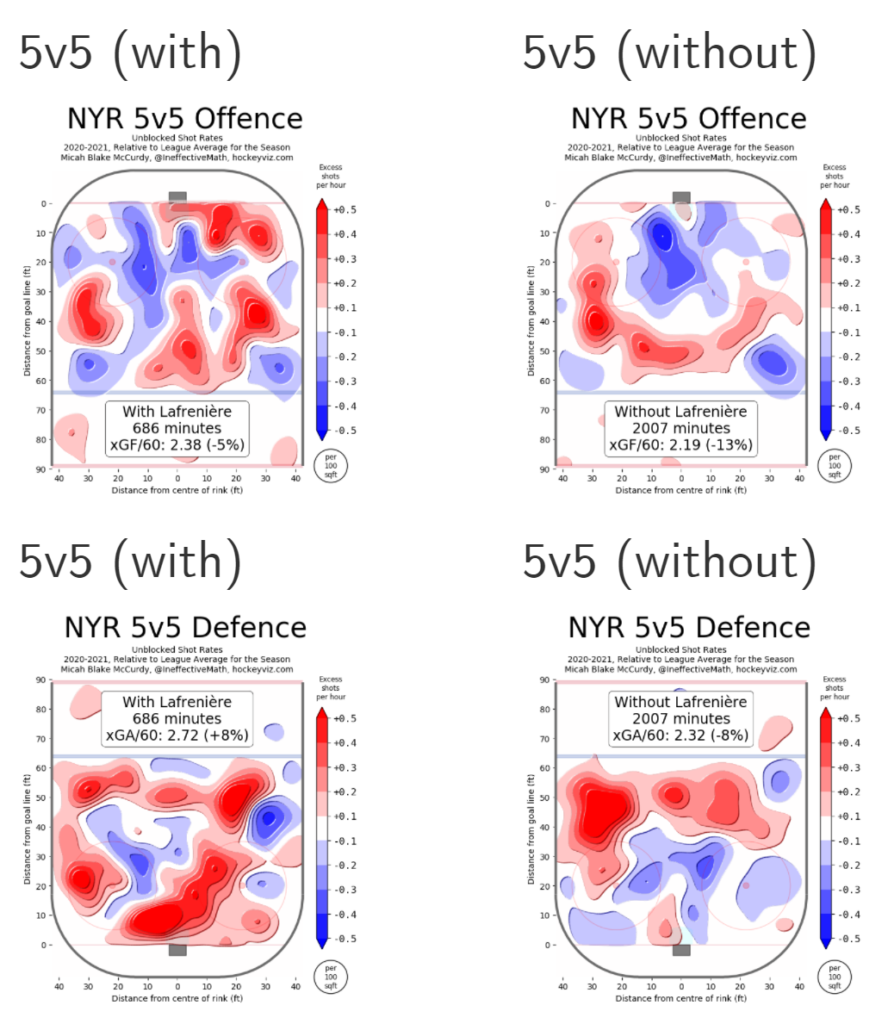 Focusing on offense first, Lafreniere, like the other Rangers forwards, were below league average. So comparing this to the Rangers xGF/60 when he’s off the ice is important. Offensively, Lafreniere was a net-8% positive on the ice. We saw flashes of his brilliance at times, but it started to come together later in the season.

Defensively was a whole other story for Lafreniere, who was a net-16% negative. What is a little interesting is that the impact seems to be on the completely opposite side of the ice. As a LW in David Quinn’s system, Lafreniere’s area is the top left section of these heat maps. Yet the bigger blob of red is in the bottom right section. So this requires a little bit of a deeper dive. 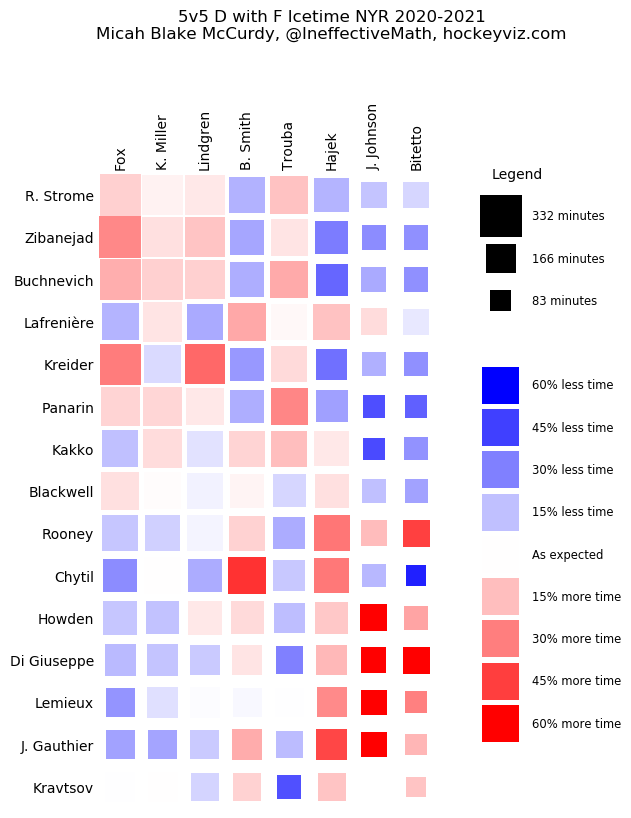 Focusing solely on Lafreniere here, the defensemen he played the most with (darker shades of red) were Brendan Smith and Libor Hajek. Now things start to make sense for that giant red blob, don’t they? This certainly suggests that the defensive impacts were due to playing with Smith and Hajek. But that doesn’t just absolve Lafreniere of all blame. He was a rookie in a bad system for defense. This will improve. 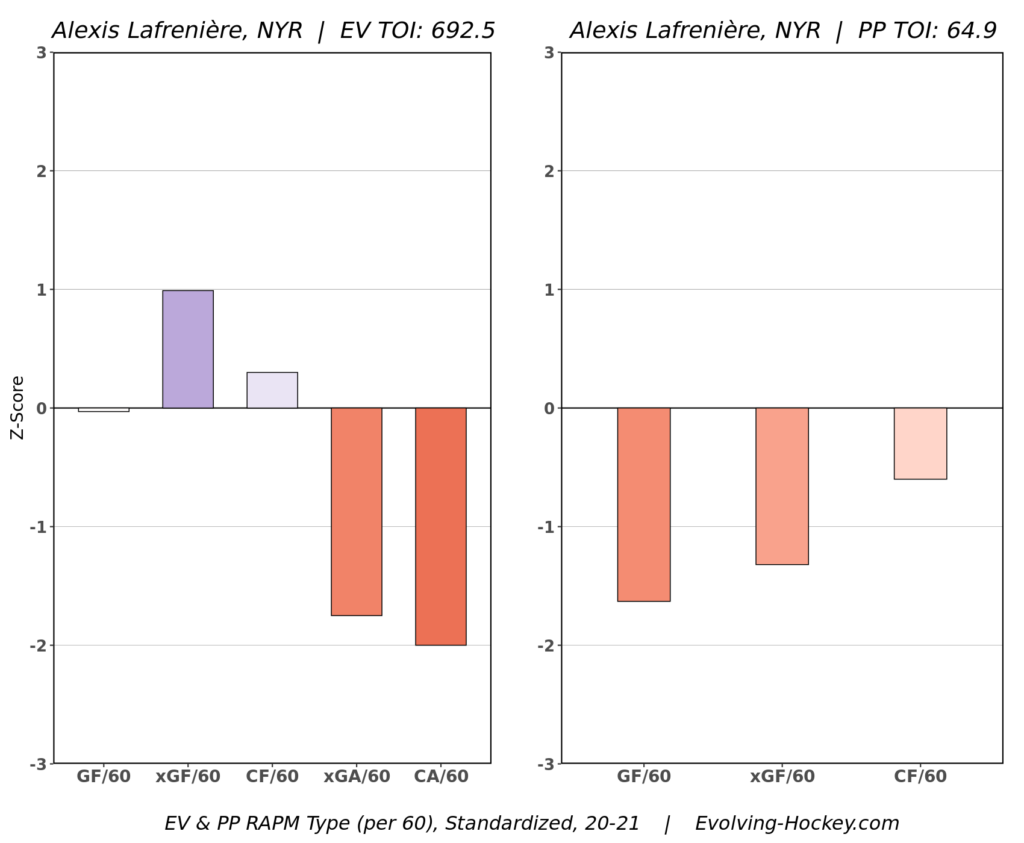 Lafreniere’s RAPM confirms that he did have his own struggles defensively. This isn’t abnormal for a teenage rookie in the NHL.

Lafreniere’s final grade, like Kaapo Kakko’s, is difficult to gauge. Lafreniere struggled to adjust to the NHL in the early going, and it’s easy to explain that away with no training camp or preseason. He got it together to close out the season with his 40 point pace, but this was also a far cry from a hopeful Calder Trophy season. It may have been a bit unfair to expect that, but it’s hard not to get hyped over the first overall pick.

Lafreniere’s point totals were significantly impacted by his lack of significant powerplay time. That will (should?) change under a new coach. It’s certainly a tough year to grade kids with little ice time. The end to the season