The easy report cards are done. Now it’s time to dive into murkier waters. May as well start with the most difficult to grade, and that is Kaapo Kakko. Kakko had one of the worst statistical seasons on record in 2019-2020, so he could only get better. And that he did. Kakko did a complete 180 in 2021, becoming one of the more reliable defensive forwards in the game this season.

Defense is the most difficult part of the game to learn, but Kakko’s offense still didn’t come around. Kakko put up 9-8-17 in 48 games this season, an 82-game pace of 15-14-29. That would have been an improvement across the board from his 2019-2020 season. Let’s also remember that Kakko missed time with COVID, and as we saw with Mika Zibanejad, he had lingering effects. He returned in March with an assist, then had eight straight games without recording a point.

Something of note, Kakko finished the season strong. As of March 22, Kakko had just two goals and two assists. In his final 25 games, Kakko put up 7-6-13, about half a point per game. While not lighting things up, he was also never really given top-six minutes –in favor of Colin Blackwell– or PP1 time. This does have an effect on scoring totals.

Off ice impacts are off the charts

If you asked me which player on the Rangers had the most under stated impact on the ice, the answer I’d go with is Kaapo Kakko. 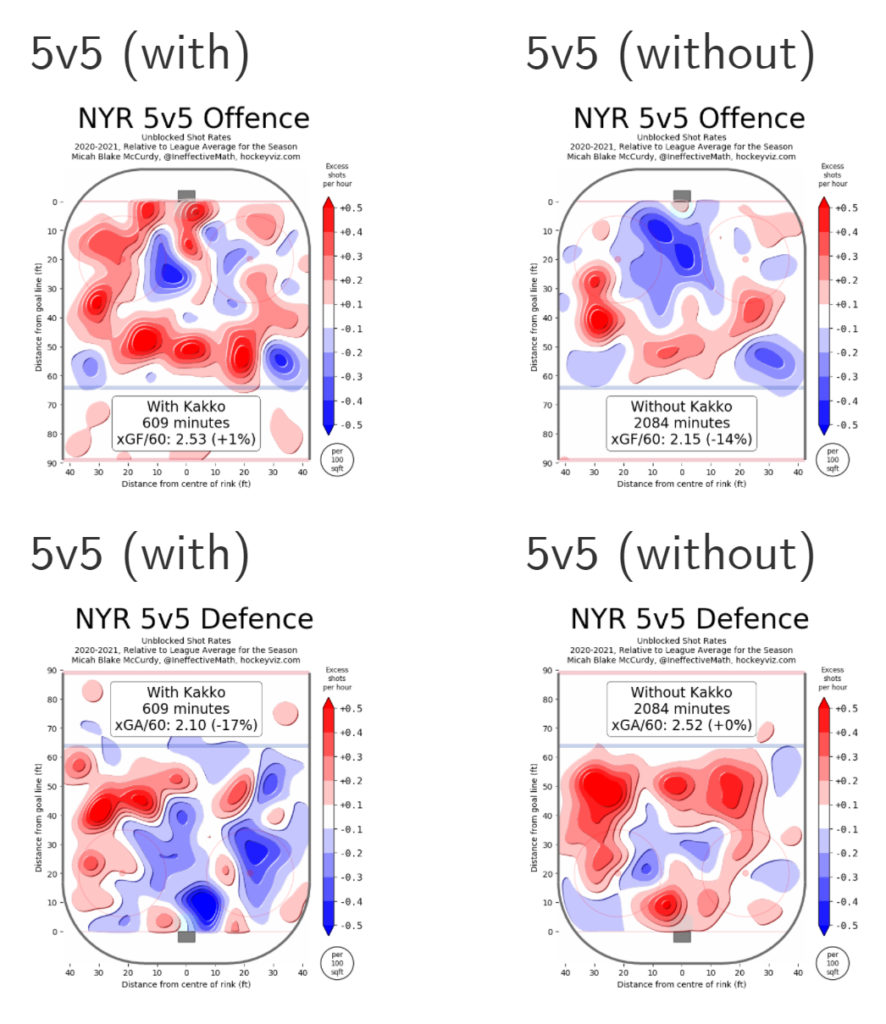 Kakko was a +15% impact on offense and a +17% impact on defense. This is a huge improvement on last year, and he has evolved into a player that drives the play no matter who he’s on the ice with. The scoring stats will come. We’ve established that David Quinn micromanaged offensive zone play way too much, and we’ve also established that Kakko wasn’t necessarily put in offensive situations. He has the skills to score. 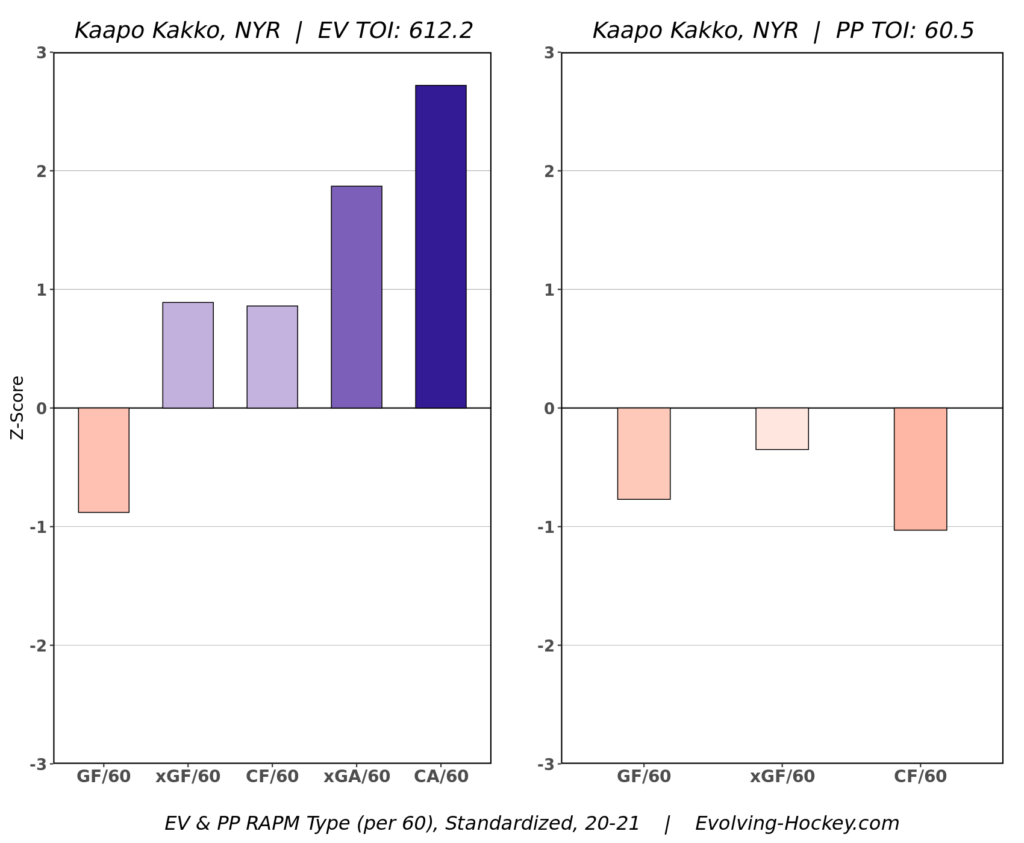 Kakko did everything except finish, which as mentioned above, could have been due to a multitude of factors. His play away from the puck is superb across the board. The process is there, and process matter more for kids than results. Results will eventually come from good process. Given Kakko is barely 20 years old, being this effective at driving play at a young age is very promising.

One of the concerns about Kakko last year was accepting passes too close to his body. This seems to have changed, and if you look at his goals, he’s more ready to make quicker decisions. That 1-2 second difference between Liiga and the NHL was a factor last season, but not so much this season. Also the goal he scored off that feed from Alexis Lafreniere was just a microcosm of the skill he has.

Kaapo Kakko is difficult to grade because the process was great, he pulled a complete 180, but he also didn’t put up the numbers we would have liked to see. You can’t ignore any of those aspects of this past season, which both improves and lowers his grade.

Eventually, Kakko will need to put up numbers. Assuming the Rangers get a coach that doesn’t micromanage the offense and puts the kids in offensive positions to succeed, that shouldn’t be a big problem. Kakko is projecting out the way Aleksander Barkov did. Patience is a virtue. But projections don’t impact a review of his prior season.