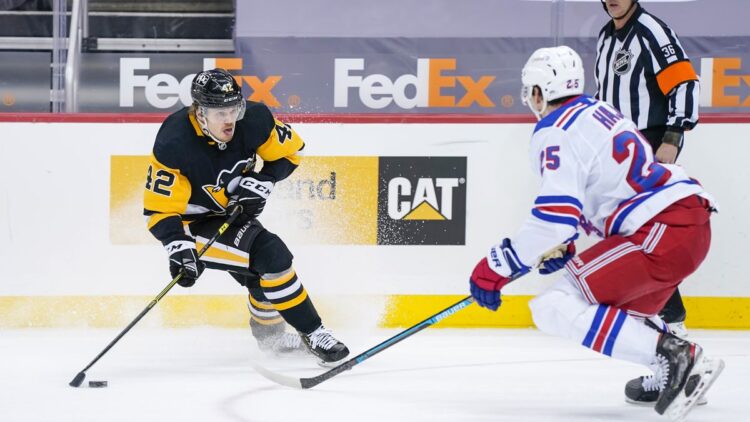 If at the start of last season, you told me that Libor Hajek, the Rangers 9th defenseman on the depth chart, was going to play 44 of 56 games this season, I would have laughed in your face. Or laughed in my own, as something would have gone horribly wrong for this to happen. That’s not an insult to Hajek, it’s a simple statement that the 9th defensemen doesn’t play the overwhelming majority of the games. Yet here we are.

Hajek got into 44 games because the Rangers only played their top-six defensemen for six games, give or take. Then the Tony DeAngelo thing happened. Then injuries started piling up. There were more than a few games where the 7-8-9 defensemen were getting regular minutes. That’s just bad luck. None of that is Hajek’s fault, of course. There were no expectations to Hajek’s game at all when he came into the lineup. Just hope. In the end, there is no more hope. 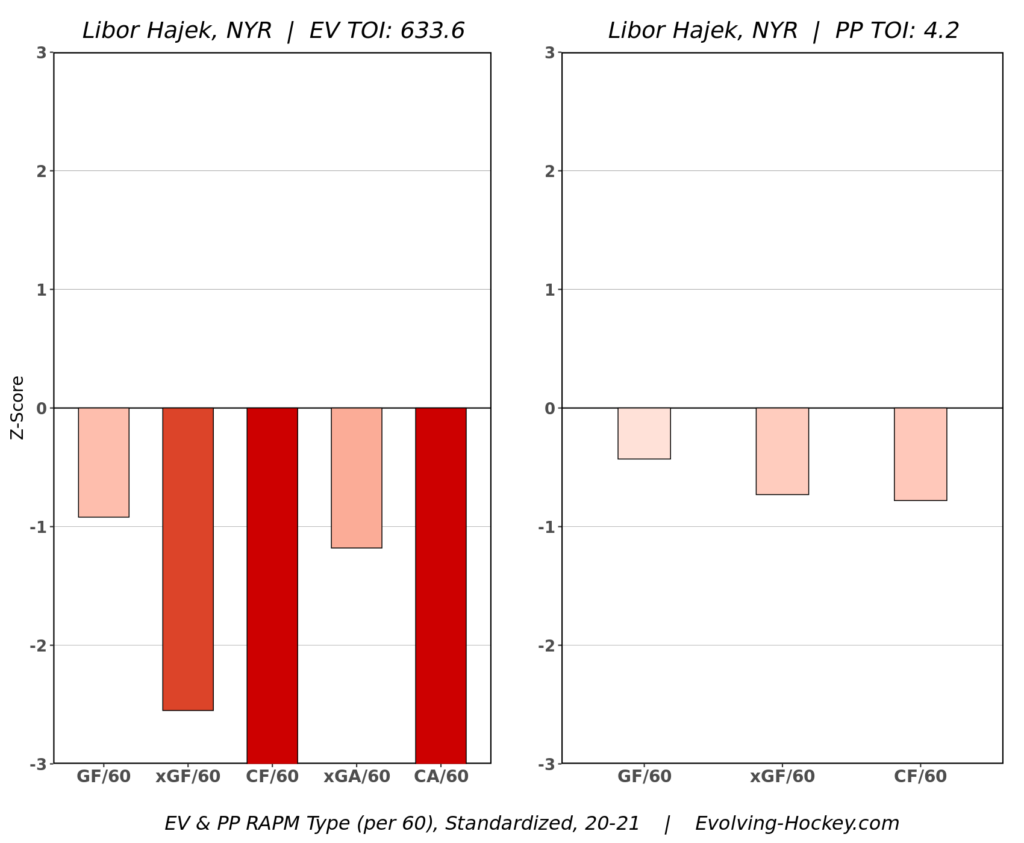 Hajek should have spent multiple seasons in the AHL. Instead, he was rushed so the Rangers could show value from the Ryan McDoangh trade. Three years later, Hajek is still one of the worst defensemen in the league. He often looks lost, out of position, and lacking skill with the puck. The MSG propaganda machine can say what it wants, but there’s very little positive to Hajek’s game.

I don’t want this to turn into a Hajek bashing. He filled in to the best of his ability. He wasn’t supposed to play 44 games this season. He wasn’t even supposed to be protected in the expansion draft. Now it looks like both of these will play out.

There’s not much else to evaluate on Hajek’s game this season.

Hajek will likely be back with the Rangers next season, if only because he will be protected in the expansion draft. He will again be the 9th (or later) defensemen on the depth chart. The difference is that this time he will be in the AHL. Hopefully they can salvage whatever is left of his career.

Grading Hajek is harder than just going “He’s bad, F.” He was put into a role well beyond his capabilities. He didn’t perform well, but he filled in minutes in what was always a developmental season for the Rangers.