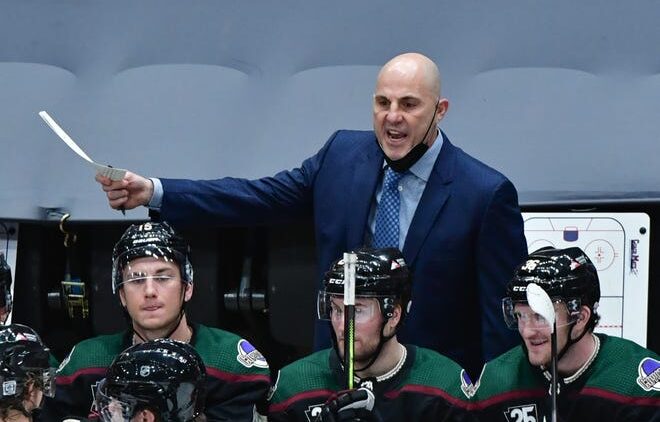 Per Larry Brooks, the Rangers are going to be interviewing Rick Tocchet soon as part of their search for a head coach. This isn’t really a surprise, as the Rangers were always going to interview more than just one candidate for the head coaching position.

Tocchet is the second coach to be interviewed by Chris Drury and the Rangers. It is expected they will have one or two more candidates in mind. However, per Brooks, that will not include Patrick Roy or John Tortorella. Both spoke with Drury, but are not serious candidates.

Something to consider, not all coaches that will be available are currently available. Brooks specifically names Mike Sullivan or Bruce Cassidy as potential candidates. We might also see some teams that missed out on the playoffs make later firings than expected.

Gallant still appears to be the front runner, though.