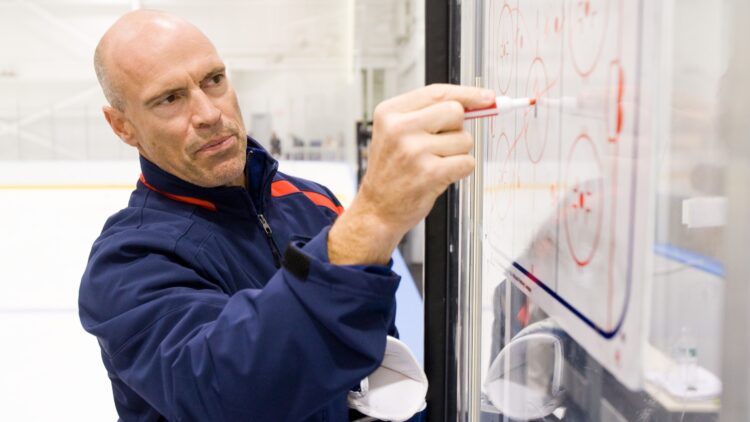 Mark Messier should not be allowed anywhere near this Rangers team as coach or GM. That is no hyperbole, and that is no overreaction. The New York Rangers should be Chris Drury’s team, with some guidance from Glen Sather. This is Drury’s time to shine. And to be blunt, everything Messier has done since the unexpected dismissals of John Davidson and Jeff Gorton has rubbed many the wrong way.

The dust hadn’t even settled. The facts weren’t known. Heck, the team hadn’t even released a statement or held a press conference. But Messier was on the Michael Kay show just hours after the firing. The appearance was prescheduled, of course, but that doesn’t mean the questions weren’t asked and answered.

Make no mistake, Messier even entertaining these questions was a mistake. The correct answer was “I’d love to, but I cannot comment. I’m not in the room.” Instead, while on the air, Messier basically begged for the role.

Messier said he’s a hockey guy, and either you are or you aren’t. Which is an asinine statement that is closed minded in nature. He’s stating that only hockey people, regardless of whether or not they’ve been with the team, can “fix” the Rangers. A different element is needed, for sure, but how would Messier go about delivering in a role he’s never had?

Yes, Messier is a hero for what he delivered. He will forever be revered by New York Rangers fans for a lifetime and beyond. But to go on air and publicly state that he is qualified and basically throw his name in the ring for a position that wasn’t even open, that’s just plain egotistical.

Per Messier’s own words, he has not been in contact with anyone in the organization for a few years. That includes Glen Sather. He has no coaching experience. He certainly doesn’t have the five years of front office experience that Drury has.

So what value does Messier bring? He’s not going to be brought on to influence roster decisions. If anything, he’d have to start where Drury started, as Director of Player Development. Do you think Messier’s now very apparent ego can handle that?

The game has changed since Messier last played. It’s changed since he was last in touch with anyone in the organization. I love him, but Mark Messier should be nowhere near this Rangers team as coach or GM. The odds of it being a colossal failure are too high, and it would forever destroy his legacy. No nostalgia. Earn the position by starting at the bottom, or stay away.