Is there a better bargain than Ryan Strome? 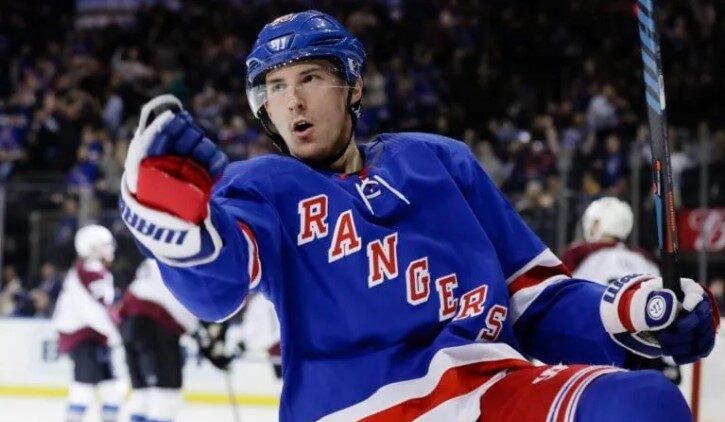 For my first post back, I thought I would offer my opinion on one of the most divisive players in Rangerland: Ryan Strome. It irritates me that so many people constantly talk about Strome purely as a trade chip. I get it…he’s not a darling of the analytics community. But is the grass always greener on the other side? Can the Rangers get a better bargain than Ryan Strome?

Strome is currently 21st in scoring in the league. That’s not a typo. Last year he was 42nd. He’s rocking a 76-point pace per 82 games this year. Last year he had a 69 point pace. He’s proven he can play away from Artemi Panarin. He’s proven he can deliver offense. The biggest knock on Strome for me is that he doesn’t score enough goals. If you’re the Rangers and you have Mika Zibanejad at 1C, and you have to “settle” for a 2C that scores between 60-70 points, you take that every day.

He has a fantastic cap hit, and you’d hope – with a flat cap – that Strome and the Rangers could find sensible common ground on a new contract. Is Strome (at the right number – of course) more valuable to the Rangers on the roster or would you prefer futures?

The obsession with moving on from Strome irritates me. It also irritates me that many think he wouldn’t fetch much in a trade. Why not? He’s a top scorer for 2 years, is cheap and is prime age. Come on guys. Stop talking the guy down. Do some basic research and find out how many teams have two centers who are averaging between 60-70 points in their top six. Spoiler: There are not many. Are the Rangers too pass happy and is Strome part of that issue? Sure. That’s not this teams major issue though.

For me the question isn’t if the Rangers can contend with having Strome long term in the 2C spot, it’s whether their future cap dollars are best spent on the 2C spot or whether that money should be spent elsewhere.  I say spend it elsewhere (I smell a follow up opinion piece).

The obsession over “upgrading” on Strome needs to stop (again, price allowing). He’s a core part of this team who meshes well with this team’s best player. What the Rangers need to do is find out what they really have in Filip Chytil, and whether they need to get a different type of center for their middle six. Do the Rangers need a bigger, physical presence? Does that necessarily need to be at the expense of Ryan Strome? I don’t think so.

The pros of Strome outweigh the cons. Would I rip this team apart for Eichel or Barkov at the expense of Strome? Absolutely not. Are Eichel and/or Barkov better players? Sure. Are they that much better that they are worth multiple prospects, picks, roster players? No.

Contending in the cap era is as much about cap and asset management as it is anything else. I’m not married to Ryan Strome emotionally as a fan, but he’s proven himself a legitimate bargain 2C. Jeff Gorton would be better advised finding a rough, physical presence for the middle six and add a veteran presence to support the young blueline than chase the media obsessions that are Eichel / Barkov. Gorton doesn’t always choose the popular route. Let’s see how he goes about dealing with this pivotal decision.

Admin note: Looks like the old school BSB guys are getting that itch. Chris is back and writing again. Always glad to have him back.

From Chris: Thank you for having me back. It’s been a while, to say the least. I never miss a Rangers game. The problem is, I don’t get to watch as much live as I used to. Hey, life gets in the way, especially when you’re 5 time zones away and you’re in work most days around 2 hours after games end. My life usually has me getting up watching the delayed game at 5.30am. Not ideal…