A long belated thoughts post on an interesting Rangers season 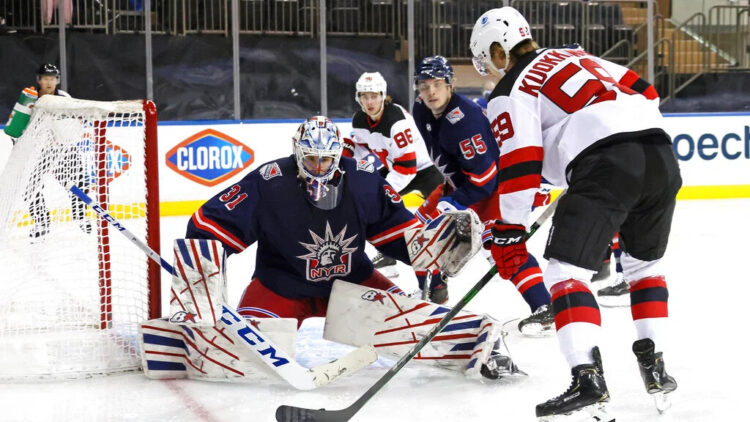 Greetings, BSB faithful. I know it’s been a long time since I’ve written (even The Suit has posted more recently!), but in my defense, the housing finance industry has been an absolute nuthouse the past 13-14 months and that has monopolized most of my time. Not to fear, however, as you are now able to read my unassailably correct takes on what has been a very interesting Rangers season.  Better late than never, I suppose.

Anyway, since it’s been a while, I’d like to center this post around big picture observations, and I hope to be contributing more frequently on more micro issues in the near future.  That said, let’s get to some thoughts…

1) The trade deadline came and went mostly as expected. There really was very little to deal from and any type of acquisition for a center would have to come in the offseason. I know the narrative about “having faith in the roster” and the message it sends to this group, etc., etc., but let’s be honest, pretty much everyone on this roster was selected to be there or needs to be for Expansion Draft purposes.

2) Honestly, I think this is the most fun version of the New York Rangers since the bottom fell out of the AV era. Those teams weren’t necessary fun, per se, but they had expectations. This current roster is more or less what the next contending roster will look like, barring some moves at center, and man are they a fun group.

The divisional re-alignment has made making the playoffs a long shot, even though as of this writing, they would be in a playoff spot in literally every other division in the NHL and have the 5th best goal differential in the league.  It would be fun to see this team catch the Isles or Bruins, but I think either way, the second half of this season has been a tremendous success. At least it keeps the Rangers season interesting until the end.

3) It’s no coincidence that the massive improvement in overall play has coincided with Mika Zibanejad’s return to form. After his huge year last season and his play of late, I think it’s a pretty safe assumption that lingering Covid-19 symptoms had a major effect on his game.

While there are still a few pieces to put in place, this group is ready to take the next step.  Back in March, Brandon pointed out that this team should be playing like a no doubt playoff team from there on out.  I agree with his assessment and the team has delivered.  Next year, there are meaningful expectations.

4) That said, I don’t think David Quinn should be at the helm for this next step. I’m not a huge Quinn hater, but like Larry David, I have my issues with him. I do think he has done the job he was hired to do (develop young players) fairly well.  However, I do think he has failed to coax consistency out of this group, and I think a more seasoned hand is necessary.

The next hire is going to be crucial, and I don’t know how much I trust the organization to make the right call.  The position with this roster should be one of the most attractive jobs in the sport, so the Rangers will have no excuses.

5) I just want to take a moment to talk about how many high-quality pieces the Rangers currently have in place for the next few seasons. Adam Fox has become a legit 1D and Norris contender; Kravtsov looks like his extra time in the KHL has really paid off; K’Andre Miller and Ryan Lindgren have exceeded expectations for their young careers; Buchnevich is blossoming and Kakko and Lafreniere are flashing their immense talent. This is all in addition to established players like Panarin, Kreider and the aforementioned Zibanejad.

6) As if that weren’t enough, there is also more talent coming. Nils Lundkvist should be heading state side next season; Morgan Barron, Lauri Pajuniemi, Brandon Schneider, Matthew Robertson and Zac Jones is already signed. There will be a log jam sooner than later and that is a very good “problem” to have.

7) As we all know, the biggest “hole” in the equation is down the middle. Like Dave, I have to eat some crow on Ryan Strome. I was never a big believer in him, but I think he has grown into some of his talent.  The question is whether the Rangers want to pay him.  When committing $7m+ per year to a player, I want to know that he is either, 1) a sure thing or 2) possesses a unique skill set that is difficult to replace (i.e., Chris Kreider).  Strome is neither of those things, so his whole situation makes me nervous.

There is also the question of how much Mika Zibanejad’s contract demands might be.  As great as Mika has been in NY, I don’t know if I want to be on the hook for $8m per year until his age 36 season.  It’s the downside of those great contracts that lock a prime player into a below market salary without including any decline years, because you have to buy most of those years to keep the player.  Mika is a great Ranger and a fan favorite, but his (potential) next contract scares the hell out of me.

This off season, all eyes will be on Jack Eichel.  I wholeheartedly believe he won’t be traded for nearly what he is worth because 1) Buffalo’s management is incompetent and 2) he carries a $10m cap hit.  That said, he is a true difference maker in a terrible situation.  He is far and away the best center realistically available until (if?) Aleksander Barkov hits the UFA market after next season.  My concern is that the Kings are also after Eichel and have significantly more center depth in their pipeline, which I assume the Sabres will be looking for.

The outcome of the Eichel saga could have a significant impact on the Rangers’ contention window, with both Zibanejad and Strome hitting free agency after next season.

8) Nothing to in-depth here, but I have been extremely impressed by the improvement in Jacob Trouba’s game recently. Statistically, he is still a bit in the red from his earlier struggles, but I have felt much better about his overall play. His play has contributed to this interesting Rangers season, perhaps as a future captain?

9) What would one of my posts be if I didn’t touch on something goalie specific? I was tempted to weigh-in after Larry Brook’s clickbait article about Igor Shesterkin, but a combination of being bogged down by work and some self-control to not engage with garbage like that helped keep me on the sidelines. It wouldn’t be an interesting Rangers season without a silly Brooks article, after all.

Brooks’ nonsense notwithstanding, Shesterkin is the Rangers’ starting goalie right now.  He has nothing left to prove at this point.  Between his fantastic cameo last season and his play this year, he is statistically no worse than a top-10 goalie in the league.

When Shesterkin went down with a groin injury several weeks ago, we saw just how dependent the team had become on him during his absence.  There are no real exploitable weaknesses in his game; his mobility, balance, angles and recoveries are all high-end, if not elite, and he controls the game as well as any young goaltender I have watched this season.  His poise and discipline are extremely advanced, and he should have no problem carrying the torch.  I would be looking to lock him up long-term ASAP.

Well, that’s it for me.  As I mentioned, I’m hoping to start writing more frequently in the coming months.  It should be a very interesting and entertaining sprint to the finish line for the Rangers and a fascinating offseason to come.  A big shout out to Dave and the rest of the staff here for keeping everyone in up to the minute, high quality Rangers analysis.  I hope everyone is staying safe and healthy!