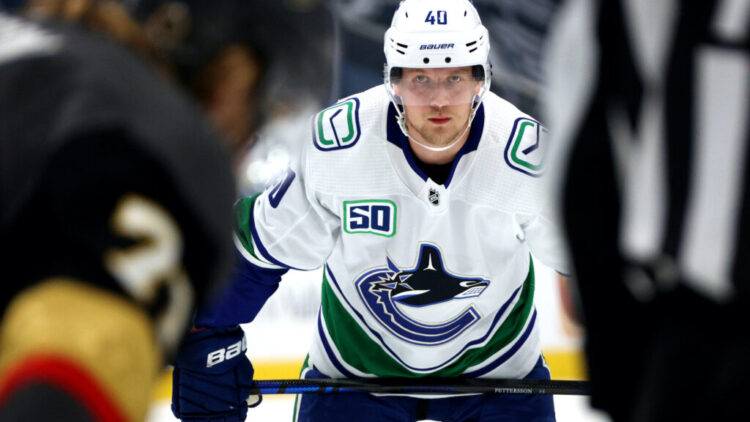 EDMONTON, ALBERTA – AUGUST 25: of the Vancouver Canucks of the Vegas Golden Knights during Game Two of the Western Conference Second Round during the 2020 NHL Stanley Cup Playoffs at Rogers Place on August 25, 2020 in Edmonton, Alberta. (Photo by Dave Sandford/NHLI via Getty Images)

As much as we love to talk about Jack Eichel, it’s unrealistic he winds up with the Rangers. It would be in inter-conference trade, and he’d likely cost too much off the roster. Plus the LA Kings have much better center prospects to make a deal. If the Rangers want to go get a center, then perhaps they should look at a different team. One that is cap strapped. Perhaps the Rangers should just look at Vancouver and offer sheet Elias Pettersson.

The Canucks are in cap hell right now. They have just $16 million in cap space next season with both Pettersson and Quinn Hughes up for new deals. They also have nine forwards and just two defensemen signed. There’s just not enough cap space to get everyone signed. They will likely buyout Braden Holtby and save $3.8 million in the offseason. They save another $1 million buying out Loui Eriksson. Is $20.8 million enough?

Offer sheeting is generally frowned upon in the NHL, which is silly. It’s an “unwritten rule” that you don’t offer sheet someone. If that’s the case, then write it out of the CBA next time. Until then, it should be a viable way to make things interesting in the offseason.

Getting Pettersson won’t be cheap. The Rangers would need to come in big. Think seven years and at least $70 million. That $10 million cap hit would take Pettersson through his age-29 season. It’s something the Rangers can afford. After all, that’s what Jack Eichel’s cap hit is today.

For Vancouver, it would be very difficult to match that and also dress a roster. Even using the $20.8 million cap space scenario above, and adding $3 million by bribing Seattle to take Antoine Roussell, the Canucks are still going to be hard pressed to match it. That would leave them $13.8 million to get Hughes, 4 defensemen, and 3 forwards under contract.

In terms of draft pick compensation, remember that the package is calculated based on the AAV of the contract length, or the AAV of the full contract amount divided by five years, whichever term is shorter. In this case, it would be $70 million over five years, since five is less than seven. Thus the cap hit is $14 million for compensation purposes. That’s four first round picks.

Elias Pettersson is worth four first round picks. Full stop.

Pettersson is worth it

There aren’t many centers in the league that jump right in and put up 25 goal, 60 point seasons. Pettersson did it twice in his first two seasons. There’s a strong case that he will put up bonkers numbers with the loaded talent the Rangers have up front. Plus, he’s only 22 years old. 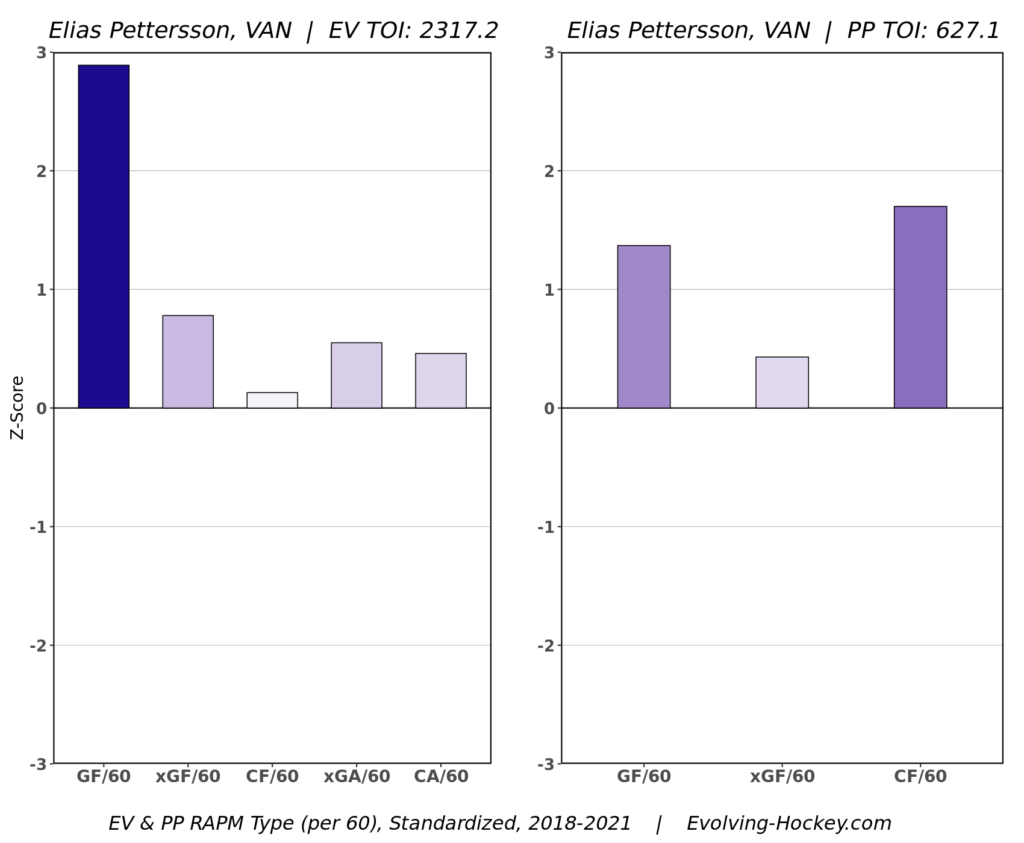 Pettersson’s first three years have been ridiculous. While you’d like to see more from the xGF/60 and xGA/60 bars, they are still in the blue. Given the lack of talent with Pettersson in Vancouver, I think it’s safe to say he’s being dragged down by his teammates. 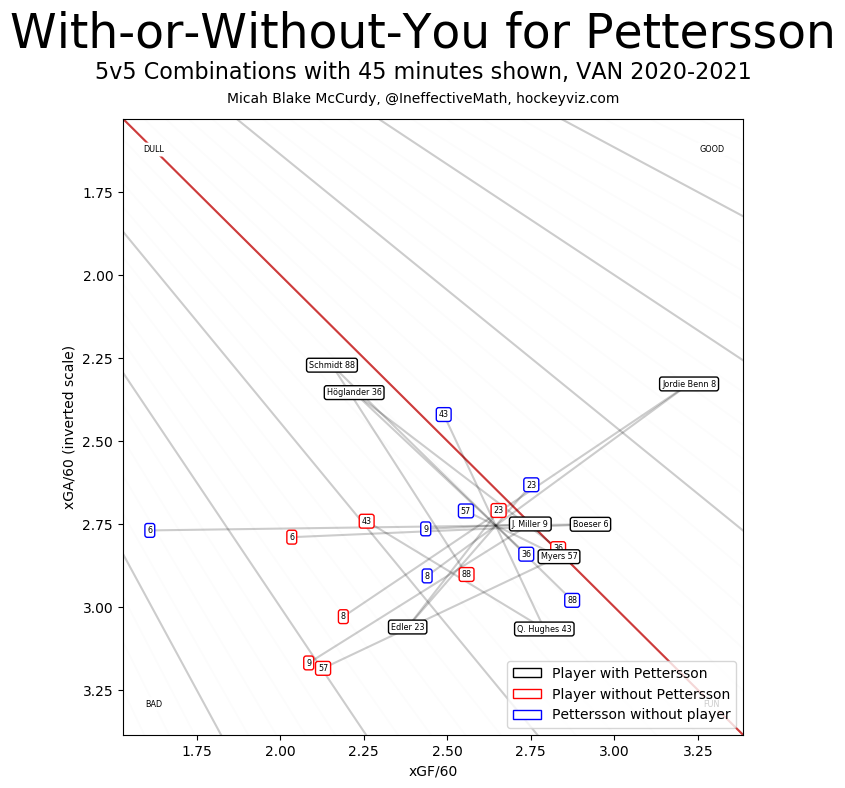 While WOWY’s are a bit noisy, especially in a short season, the above statement looks valid. Pettersson brings players up to his level, and they are far worse without him on the ice.

Given the difficult decision looming with Ryan Strome, there’s room to upgrade from him immediately. Pettersson is one of those kids that is absolutely worth it.

No matter how much we want to will this into existence, an Elias Pettersson offer sheet is highly unlikely. GMs just don’t do offer sheets anymore. It’s a shame really. The NHL offseason could be so much more fun with offer sheets.