Thoughts as the Rangers head to the 2021 trade deadline 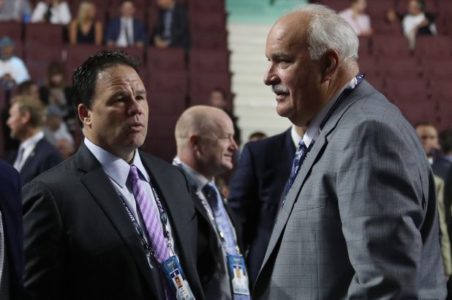 Can you believe that the trade deadline is Monday? This season has flown by. There isn’t as much focus on the trade deadline this year because of the COVID complications, but it still might have a few surprises. After all, Kyle Palmieri and Travis Zajac to the Islanders was a surprising trade. The Rangers aren’t expected to make much noise during the 2021 trade deadline, but they may make a move or two. As per usual, I have some thoughts.

1. There are only a few viable trade options at the deadline, and while the focus may be on the UFAs, don’t be surprised if Julien Gauthier gets moved. There’s honestly just no spot for him, and that’s disappointing. I like Gauthier and think he will put it together to be a solid third line winger in the NHL. If he’s a late bloomer, he could be a great power forward. But the Rangers are stacked at wing and he may have more value in a trade. I still think he has more value as a sweetener in a bigger deal, but perhaps someone gets desperate enough for depth with potential.

2. This year is a little funny. The reality is that the Rangers already made “two acquisitions” in the last month or so. They got the real Mika Zibanejad back, which was crucial to evaluating the center depth. They also got Vitali Kravtsov into the lineup, shoring up their right wing depth. While they aren’t really trades, they are roster additions that help.

3. I wouldn’t expect the Rangers to be buyers at the 2021 trade deadline. They are too far out of the playoff race, even with yesterday’s win. They are five points behind the Bruins, but the B’s have three games in hand. Plus they have six games against Buffalo after the trade deadline. I know the talk is about competing and making every game count, but the Rangers have to see this and know they are likely on the outside looking in. It will stop them from making any big splashes, at least until after the expansion draft.

4. I mentioned this yesterday, but with Zac Jones emerging as a top NCAA defenseman, it makes you wonder if left defense becomes a viable trade surplus. The Rangers will have three defensemen with expiring ELCs in three years (Robertson, Schneider, Skinner). That’s not ideal for long term cap planning. This doesn’t account for Nils Lundkvist either. We know RD is a depth position of strength, but with Jones emerging and K’Andre Miller/Ryan Lindgren with significant NHL roles, perhaps Matthew Robertson could be a good addition in a bigger trade. Just food for thought.

5. I’m intrigued to see how this trade deadline plays out. No one is expecting anything big, especially since an entire division can’t really trade outside of Canada. Plus there are financial issues with COVID, limiting trade situations even more. One last aspect: The divisions are going back to normal next season, and some playoff teams this year may not even be in the running next year. Looking at you, Arizona. Teams know this, so they may be less likely to spend real assets on rentals.

6. Ryan Strome is the only intriguing asset that appears to be in play. It is not going to be an easy decision, no matter what the Rangers do with him. He’s got clear value to the Rangers, especially on that contract. But that contract makes him a great option for true competing teams looking for a middle-six center. What is the value of Strome, who is having his second straight career year, to a playoff team? That’s two playoff runs for $4.5 million, a clear bargain. Would some team fork up a first and a good prospect? Would the Rangers turn that down? I don’t envy Jeff Gorton right now.