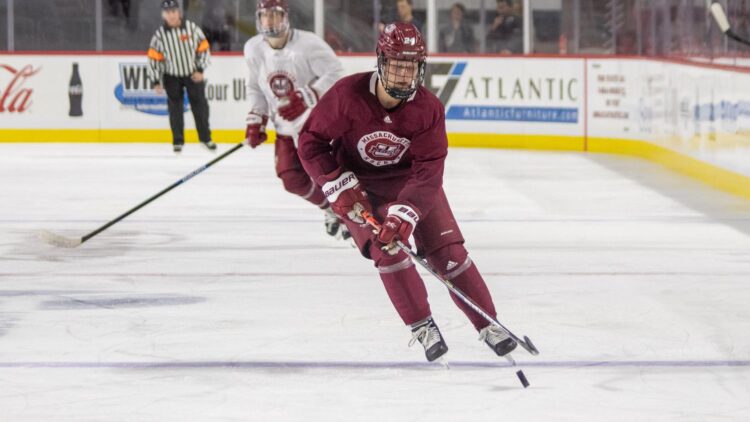 Zac Jones (UMass-Amhearst) and Eric Ciccolini (Michigan) will be headed to the Frozen Four. UMass got the automatic bid by winning the Hockey East championship this year. Michigan was an at-large bid, which was expected after they bowed out in the B1G semis. Here is the full bracket:

The bracket is set! 🏒

The tournament begins on March 26 and 27