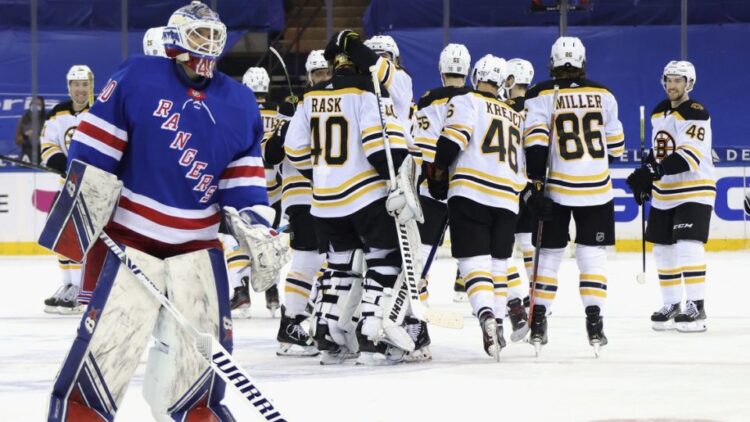 Another day, another grueling loss by the Rangers. With a record of 11-12-4, in a loaded East Division, it’s clear this is not the year for the Rangers to make a run for the playoffs. Last week, I wrote about looking towards the future in the realm of making key moves to jumpstart the Rangers into contention. In that regard, a trade involving their first round pick this year should be in play for the Rangers.

When Artemi Panarin goes off the ice, the Rangers lack that bonus elite talent that makes them a threat night in and night out. We were all hopeful after a 41 goal season that the guy would be Mika Zibanejad, but it has not panned out that way. He would not be the first center to go on a shooting percentage bender and then shrivel up–guys who immediately come to mind are William Karlsson and Ryan Johansen. It’s a key missing piece in this fluke of a season though.

So how do you get a consistent scoring center when you are on the brink of contention and want to start winning as soon as next season? Either you have the cap space when they become available via free agency, or you make a trade.

The Rangers have arguably one of the deepest prospect pools in the NHL, right there with the LA Kings. If the Rangers continue to lose, the chances of their first round pick climbing higher up the draft board is quite possible. Here’s the thing though, wherever that pick lands–5th, 7th, even 1st overall– it should be moved for NHL ready talent.

Many of the usual prospect people (some of whom are very active on Rangers Twitter) would tell you there really is no clear top prospect in this upcoming draft. On top of it, many of the prospects are defensemen. With prospects like Nils Lundkvist, Zac Jones, Braden Schneider, and Matthew Robertson, do the Rangers need another defenseman in their already loaded pool? It makes you wonder if the Rangers would get move value in a trade of their first round pick.

While all of those players could very well be NHL level players, they will need time to come into their own. There is also a chance they don’t have a long career in New York either. It’s the old addressing a weakness from your strengths. If the Rangers didn’t have their current pool of prospects, by all means they should take the pick and go get another prospect. But Jeff Gorton has made it clear–be it the signing of Panarin, the re-signing of Chris Kreider, and the long term signing of Jacob Trouba–they want to start turning this build into contention.

There have been plenty of articles written about who you target–*cough cough Jack Eichel*–but this single offseason decision will either accelerate what Gorton and co have built. Or it could really keep the build going longer than it needs to and just waste years off of Panarin, Kreider, and Trouba’s long term contracts. The time to make a move is now.