Targeting Tomas Hertl, the San Jose Sharks, and their rebuild 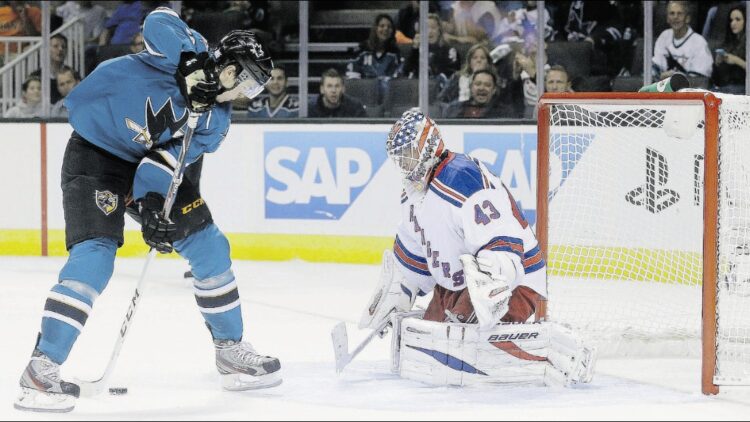 Hertl is someone Ranger fans know well, having deked Marty Biron into retirement in 2014. He’s a legitimate top-six center, good for about 60 points on average over the course of 82 games. He’s seen an uptick in production the last few years as his ice time has increased, with a career year of 35-39-74 in 2018-2019. 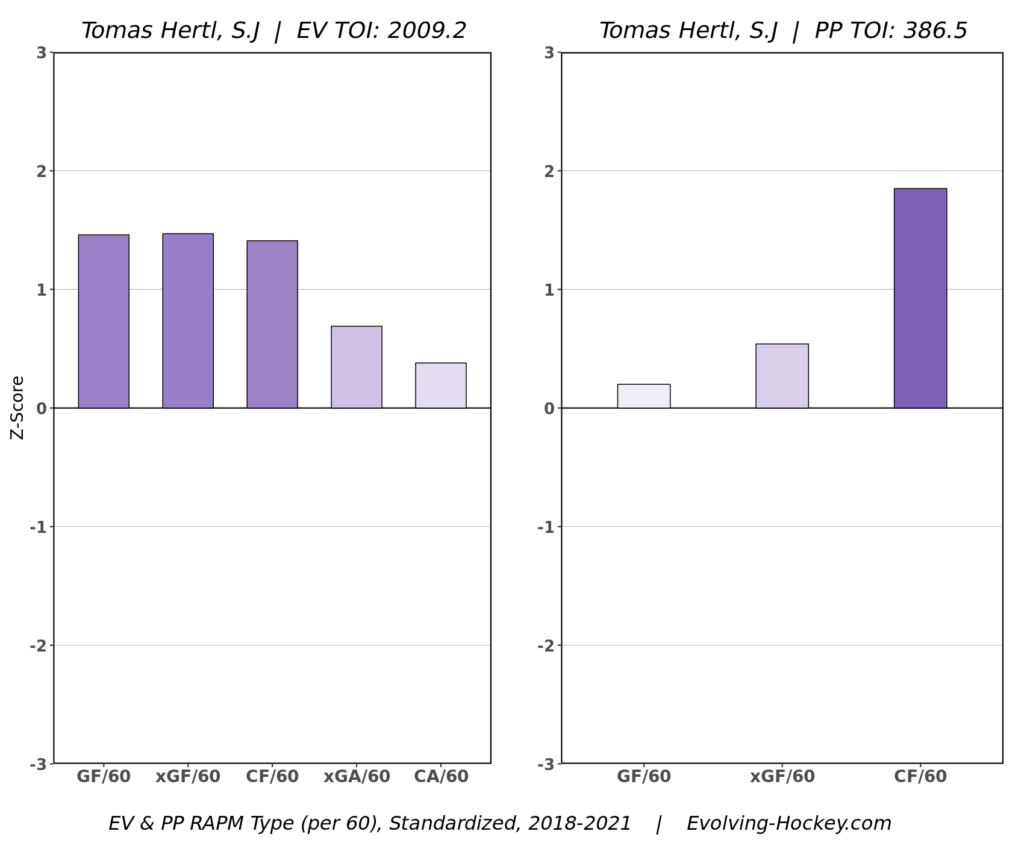 Over the last three years, Hertl has been a play driver for the Sharks as one of their top centers. He produces at even strength and on the powerplay and would be an instant upgrade on the center depth. With Jack Eichel’s situation unknown and being potentially cost prohibitive, Hertl might be a solid alternative.

Hertl, 27, is signed for one more year at $5.625 million before he hits unrestricted free agency. Given the lack of commitment, the cost for Hertl might actually be lower than you might expect. Don’t get me wrong, he will cost something significant, but nowhere near as much as Eichel. And nowhere near as much if he had a long-term contract. The trade cost, luckily, has some decent comparables to work with, as many good forwards heading to free agency have been moved in recent moves. Believe it or not, getting Tomas Hertl to the Rangers may not cost as much as you think.

At last year’s trade deadline, Vincent Trocheck went from Florida to Carolina for Erik Haula, Lucas Wallmark, Eetu Luostarinen and Chase Priskie. Haula was mostly there to offset salary. Wallmark was a young bottom-six who was 23 at the time of the trade. Luostarinen was the get there, a former 2nd round pick who wasn’t a top prospect, but was a solid prospect. Priskie was a C level prospect.

The Rangers equivalent here would be Brett Howden, a Lauri Pajuniemi-type prospect, and a lesser prospect. Comparing this to Hertl, what makes this more attractive for the Rangers is they likely don’t need to send a contract back to San Jose. They have oodles of cap space next year. That may be attractive enough for San Jose to just shed an expiring contract.

A bit of a stretch here, but the Islanders sent a 1st, a 2nd, and a 3rd to the Senators for JG Pageau. This is different than the Florida trade, as Florida wasn’t necessarily looking to do a fire sale the way the Sens were. This is admittedly an expensive trade, and the Isles may have overpaid on this one. But it has worked out.

If San Jose is looking to completely tear it down and not rebuild on the fly, I can see this being a comparable for Hertl. It does depend on San Jose’s direction though. They have a ton of bad contracts that are only going to get worse with age. Gutting the roster for futures may be the only option, in which case the only option would be the picks.

In today’s terms for Hertl, the protected 1st and 3rd stay the same. The Rangers would be sending Morgan Barron, Zac Jones, and possibly Pajuniemi. This seems relatively high, so my guess is the Rangers would want to guarantee a contract extension with Hertl before committing this many prospects.

The risk with Hertl are clear, as with any pending UFA. He’s going to be 28 when his contract expires, which means his next contract could be very risky. If signed for too long or for too much money, it could hamper the long-term success of the Rangers. The Blueshirts are in a good cap situation, but can ruin it with a bad contract.

The other risk is the potential for not locking Hertl up long term. This risk is likely smaller, as it’s safe to assume the Rangers will want to talk contract terms with Hertl’s camp before committing to any trade. The Rangers won’t trade for a rental. If they are going for Hertl, they are going to want a commitment.

Hertl would be insurance in case Mika Zibanejad continues his struggles. We’ve seen Zibanejad’s play get better and begin to turn it around. But just in case, Hertl could fill in as a 1C after Zibanejad’s contract is up.

Now if Zibanejad does get back to normal (using 2018-2019 as his normal, not 2019-2020), then the Rangers would have Zibanejad-Hertl-Chytil as their top three centers. Given the wing depth the Rangers have, it would give them three lethal lines and vault them into offensive juggernaut.