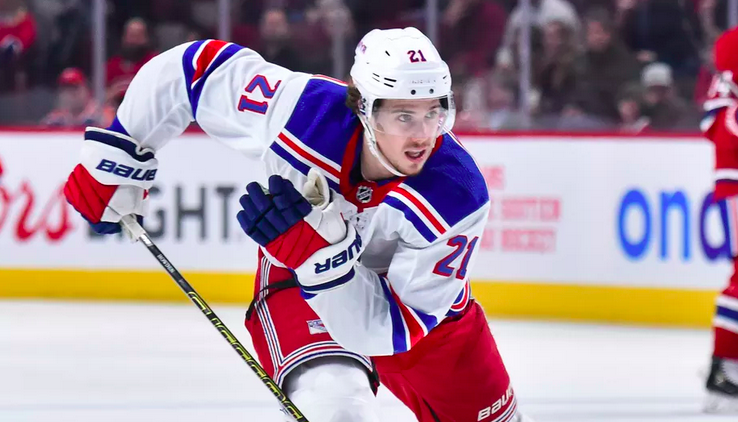 Early in Brett Howden’s career, it seemed like the young center’s role had the potential to be a solid bottom six addition for the Rangers. Howden joined the team in 2018, at the age just 20, and made an immediate impact. He recorded three points (one goal, two assists) in his first five games with the Rangers. Things quieted down after this, and Howden finished his rookie season with 23 points (6 goals, 17 assists) in 66 games.

Howden’s production dropped slightly as he solidified his positioning as a bottom six center who played big minutes on the penalty kill. In his sophomore season with the Rangers, Howden recorded 19 points (9 goals, 10 assists) in 70 games.

Most significantly over the last two years, he won the heart of David Quinn whose reliance on Howden has not dwindled, despite his atrocious performance in the condensed 2020-21 season. Quinn continuing to give Howden minutes is dangerous, especially when there are other options available on the roster.

With more talent coming in the form of a highly anticipated prospect to land in New York and other players in Hartford performing well, it’s time for management to make a decision on Howden’s future with the Rangers.

It’s not so much Howden’s lack of offense that is troubling, it is the fact that he is completely invisible on a nightly basis.

Over the last 25 games, Howden has no goals, one primary assist, one secondary assist, and a measly 19 shots on goal in 25 games. He also has averaged 1.4 hits per game, has just 16 blocked shots, and a Corsi For percentage of 41.33. 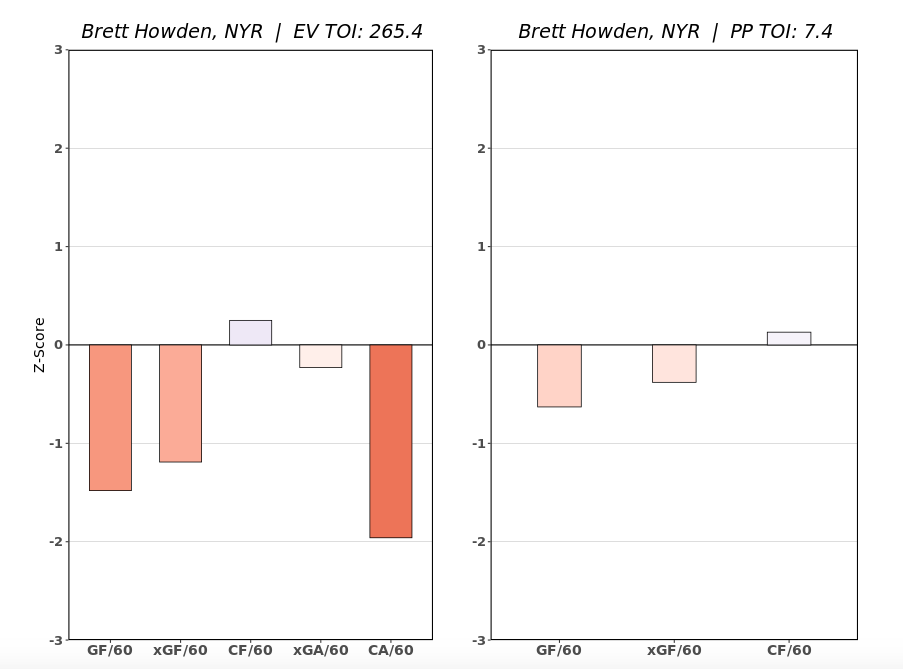 Brett Howden has the fifth most ice time of all players on the Rangers roster on the penalty kill, which has been extremely successful recently. It is true that he contributes as a part of this success.

However, this cannot be the defining reason for why Howden remains in the lineup and gets ice time over other players.

No one expects Brett Howden to be 40 goal scorer; he is what he is — a bottom six player. However, the sheer mediocrity of Howden’s play has been starkly more noticeable this season.

With numbers like the ones he has been putting up it is a mystery as to how a player who is so invisible from night-to-night is getting such significant minutes.

There are other pieces on the Rangers roster who do more and see less ice time than Howden.

What this all means for the future

Sometimes talent you thought was going to turn into something good just don’t work out and that’s okay! Brett Howden is 22-years-old and by no means is done developing, but perhaps it should be time for him to take a break from trying to develop on NHL ice so he can rebuild any value in his current role with the Rangers.

It’s not okay to ignore the fact that the asset isn’t what you thought it might be.

Howden should not be filling a roster spot when he does not really to anything to contribute at any strength other than occasionally in man-down situations.

With the potential for Vitali Kravtsov to join the roster in the coming weeks, trying to keep Brett Howden in the lineup means that he might not get the opportunity he deserves.

It is true that the Rangers do not have a plethora of options at center. However, Kevin Rooney has experience centering and has taken a decent number of faceoffs this season and could fill the fourth line center position.

While Rooney has had some penalty kill time, it hasn’t been great. However, maybe a player like Colin Blackwell who has displayed prowess on the forecheck could be molded into an effective replacement.

The bottom line is, Quinn has to finally be taking a look at sitting Howden. If not, it should be time for upper management to step in and facilitate a move.