Rumor: Predators to blow it up – Can the Rangers take advantage?

Per Elliotte Friedman, the Nashville Predators are going to blow it up. While we know that the Predators’ centers are not viable trade options for the Rangers, the rest of the roster has some interesting pieces. The Rangers don’t have many holes aside from center, but if there are paths to improve the roster for a friendly cost, they should be explored.

What makes the Predators interesting is they’ve only listed Roman Josi, Pekke Rinne, and Ryan Ellis as their untouchables. This seems odd, but I’m guessing Rinne will retire while Josi and Ellis will be the leadership core? But it seems odd that their young players aren’t considered untouchable.

Dante Fabbro was the first name that came up in the BSB group chat. He’s a 22 year old right defenseman who comes with a decent amount of hype. The former first round pick is in his second full season in the NHL, but he’s had some decent struggles. 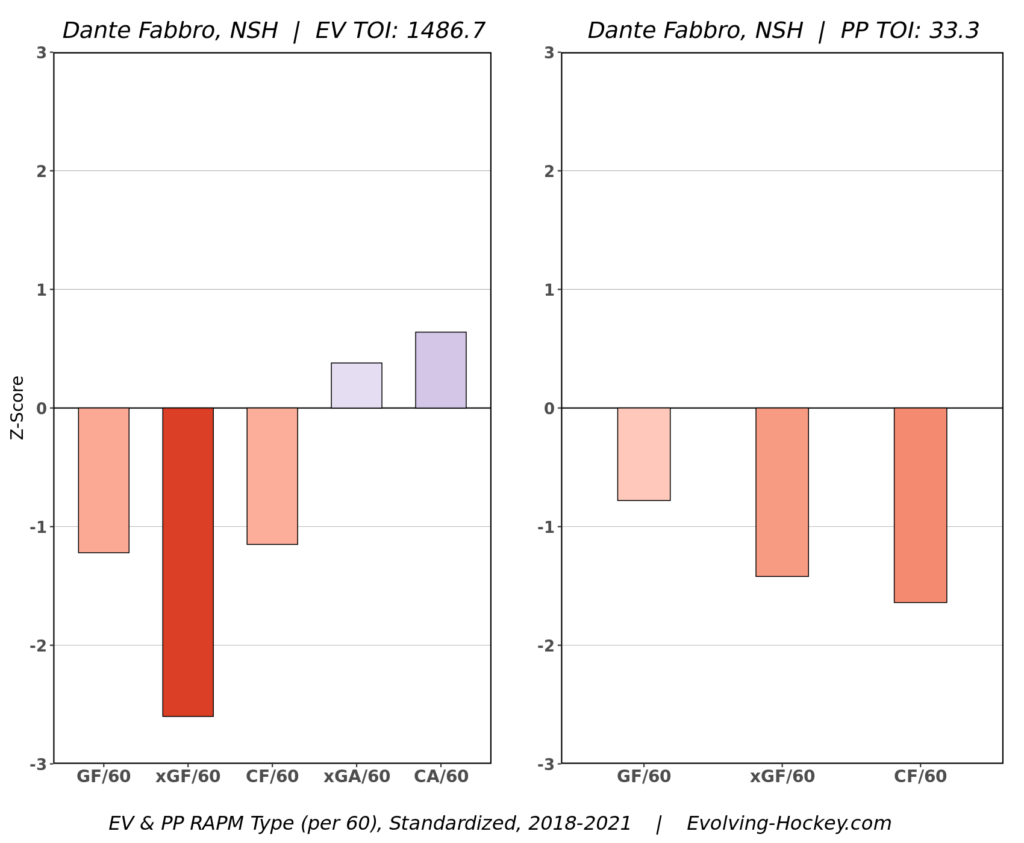 Fabbro is purely defense with absolutely no play driving ability. This seems odd, given his college scoring numbers, but this is what he is on the Predators right now. He’d be a wild card acquisition.

The thing is, the Rangers don’t really need right defensemen. Jacob Trouba and Adam Fox aren’t going anywhere. They have Nils Lundkvist coming over (hopefully) next season. Unless the Rangers play someone on their off-side, then Fabbro would be a 7D. Doesn’t seem worth the assets to get him.

Remember when Eeli Tolvanan was the prize in every trade proposal? Those were the days. The 21 year old right winger is in his first full season this year, registering a goal in 8 games thus far. He also spent two full years in the AHL, putting up respectable numbers.

Tolvanen again would be a nice add, but an unnecessary add given the depth at the position. The Rangers already have Pavel Buchnevich, Kaapo Kakko, and Vitali Kravtsov at RW. Another nice idea in theory, but that’s about it.

What a trade for Nashville when they landed Filip Forsberg for Martin Erat. Forsberg is by far the best option on the Preds, but again a luxury for the Rangers. The Rangers have Artemi Panarin, Alexis Lafreniere, and Chris Kreider at left wing. The trade cost to acquire him would be extremely high.

But he is a 26 year old winger who is very good. He’d be great for a team that is contending now and needs scoring help on the wing.

And before we get into “replace Kreider with Forsberg” stuff – let’s remember Kreider just signed his deal. He isn’t going anywhere, and the Rangers aren’t looking to deal him.

A 27 year old winger, with 3 years and $4.25 million per year left on his deal, who hasn’t played a full season since 2017-2018? Yea he’s a 60 point guy when healthy. And he also plays both wings, which gives the Rangers flexibility. If the Rangers want to add $4 million to the payroll, then center or left defense are their best plays. Not winger.