Around the League: Hockey Night in Hot Takes 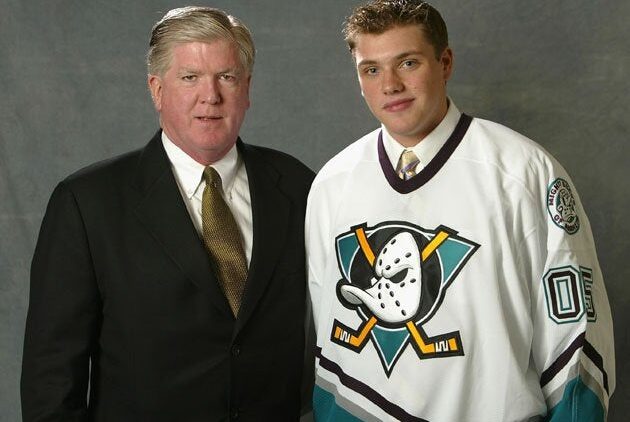 Since Don Cherry got the boot from Coach’s Corner, last night Brian Burke decided it was time to throw a questionable take into the atmosphere when discussing former Ranger Tony DeAngelo. In the clip below, Burke discusses whether or not teams should take a chance on the troubled defenseman under the lens of a former GM:

Play GM for me, Would you touch this guy? Tony Deangelo #NYR pic.twitter.com/6PNO2cdD2a

Unfortunately, Burke hit the nail on the head in the beginning of his explanation, describing how professional athletes get several chances. Where Brian Burke is incorrect is in implying that Tony DeAngelo should get a second chance – this is at least his fourth chance – and I won’t touch the “supposedly well liked in the locker room” thing with a ten foot pole. I’ll give Burke credit only to say he wouldn’t trade for DeAngelo, which I wish was Gorton’s take years ago.

Here’s the thing: it’s beneficial for the Rangers that (presumably) so many GMs hold this archaic notion of players deserving an infinite number of chances. The main retort to dismissing players like DeAngelo is that “cancel culture is bad” – but that talking point does not work here. Cancel culture would be if, after his suspensions (plural) in juniors, DeAngelo worked on himself, maybe focused some of his time volunteering with charities that helped benefit the LGBTQIA+ community, and still never got a chance; this did not happen. DeAngelo continued on in the NHL and never faced solid consequences for his actions. And it shows: he threw a fit for taking a bad penalty and getting benched, and it inevitably meant his exit from New York. Scott Wheeler explains the privilege well in the tweet thread linked here – it’s worth a read through.

Anyway, the truth is I’m grateful DeAngelo is gone and that he’ll soon become another team’s problem. But let’s not pretend that professional sports front offices place high stock in character. This isn’t unique to the NHL and if you’re surprised, then you’ve been willfully ignorant to it. Welcome out from under your rock.

Let’s check in on headlines from the league this past week.

As is expected, many teams had to delay games due to COVID protocol this past week. The Wild, Avalanche, Rangers, Devils, Bruins, Sabres, Penguins, Knights, Sharks, Blues (did I miss anyone?) all missed games this past week. Sending love to the schedulers out there doing twice the work for presumably the same pay.

Anton Khudobin, Stars goalie and apparent Rule Breaker, will be benched today due to an “internal issue” by coach Rick Bowness. Bowness went on to say:

“We’re a family and we’ll deal with things internally,” Bowness said. “But you deal with things by communicating and making your feelings known on what is and what isn’t acceptable. I have very few rules, but you [darn] well better follow them.” (via NHL.com)

Can’t wait for all the tea on this to come, since we know internal gossip always leaks.