Five keys to success for the NY Rangers this season 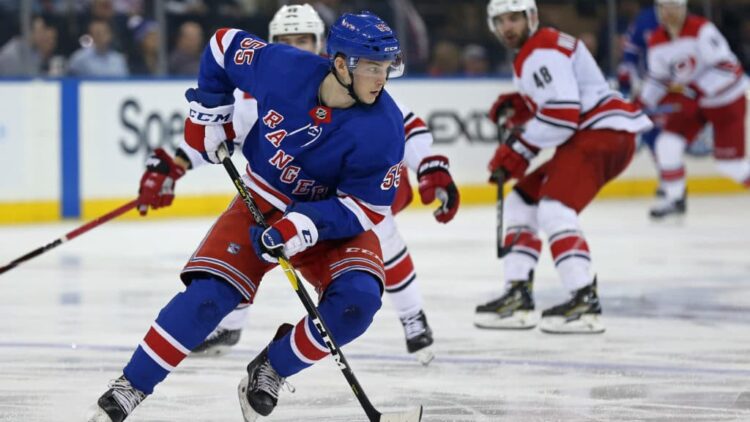 Hockey is back, and the 2021 season is upon us. While we have to wait for the NY Rangers to begin until tomorrow, we are just happy hockey is back on TV. For all intents and purposes, it’s been ten months since we’ve had real Rangers hockey. There are mixed expectations for sure. But here are five keys to success for the NY Rangers.

No Regression From Top Players

This is perhaps the most important aspect for the Rangers this season. They got career years from Mika Zibanejad, Artemi Panarin, Tony DeAngelo, and Ryan Strome last season. They also had strong seasons from Chris Kreider and Pavel Buchnevich. These are five of the top-six forwards for the Rangers, and the top powerplay defenseman.

The Rangers will go as these guys go. If they are just as good, then the progress expected elsewhere will need to rise. But if they regress and are unable to repeat career years, then the Rangers will struggle. This is a high powered offense, and these six players are key cogs in that offense. They will score in droves, or hit road blocks.

The Rangers have three key rookies this year in Alexis Lafreniere, K’Andre Miller, and Igor Shesterkin. All three come highly touted and are highly skilled. All three are going to be thrust into key roles as well. They will be given big roles and big minutes. What they do with those minutes matters.

Miller will play a big role in stabilizing the top pair and left defense. He’s had a strong camp, but he hasn’t seen true game action yet. Lafreniere is the kid-supreme, but he needs to show it in NHL games. Shesterkin has the experience and hasn’t faltered at any level. Will that continue? The Rangers need it to be successful.

Filip Chytil, Adam Fox, Kaapo Kakko, and Ryan Lindgren were all key kids last year. Three of them were solid, while Kakko likely should have been in the AHL. This quartet rounds out the Rangers scoring depth. This team will either have legitimate scoring potential throughout, or will be top heavy. That depends on this quartet. This might be overlooked, but it is one of the more important keys to success for the Rangers.

Kakko will need to do a complete-180 this season, and all signs point to him being able to do so. He will be with Panarin as opposed to Brett Howden, which is important. Chytil will also be separated from Howden and get Lafreniere as a linemate. Clicking early and often will be key.

This is also a make-or-break year for Brett Howden. He’s been atrocious for two seasons. He’s on the fourth line to start the season, but if he challenges Chytil and Strome for more time, then he’s moving in the right direction.

No matter what we say about the blue line, the Rangers are going to need strong goaltending. Henrik Lundqvist is not here anymore, and the reins have been passed to Shesterkin and Alex Georgiev. Georgiev has had flashes of brilliance, but also streaks of rough play. Shesterkin, as mentioned, has not faltered at any level.

Goaltending has been an assumption for the Rangers since 2005. That all changes with a rookie and a third-year pro. They’ve been overall strong, but can they take the full workload? This is certainly a transition year in net for the Rangers.

The last of the keys to success for the Rangers is not something often looked at. The Rangers will need to have their current stock of prospects eventually make the cut via call up. Morgan Barron, Tarmo Reunanen, and Libor Hajek are the three players that really come to mind here. Patrick Khodorenko is also a name to watch.

This quartet is divided between centers (Barron, Khodorenko) and left defense (Reunanen, Hajek). It’s no surprise that they weren’t on the roster out of camp, but that doesn’t mean they won’t crack the roster at some point. Ideally they force their way onto the roster, a la Shesterkin last season. But injuries and COVID will happen, and they may get their shot. It’s up to them to force the Rangers to keep them.

Who would they supplant? Howden and Phil Di Giuseppe come to mind on the fourth line. And obviously Jack Johnson is a stopgap for the Rangers. If two of the three aren’t in the lineup two months from now, things are going right for the Rangers