Can both Tarmo Reunanen and K’Andre Miller break camp? 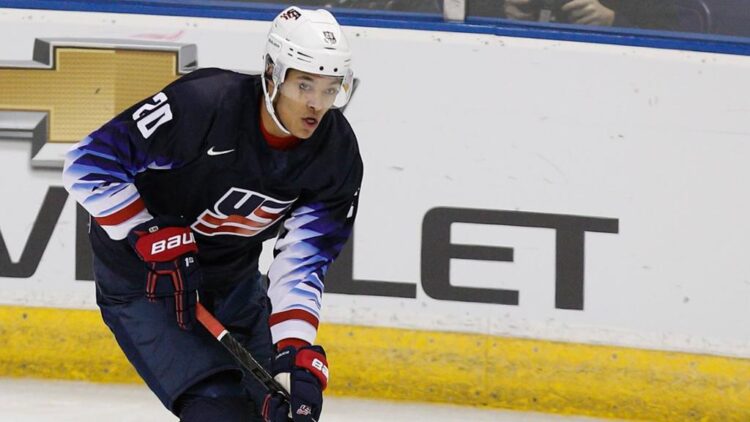 Left defense on the Rangers is a pretty big question mark. It’s been a beaten to death a bit, but it’s still 2020 and I want to kick the dead horse one more time. Ryan Lindgren is penciled in as the 1LD, likely paired with Jacob Trouba. After that it’s two veterans (Jack Johnson, Brendan Smith) and two rookies (K’Andre Miller, Tarmo Reunanen). We’ve been assuming no more than one rookie breaks camp. But can both break Rangers camp on defense?

The Case For Both

The case for both is pretty simple – Johnson is one of the worst defensemen in the league, and Smith isn’t part of the future. While that doesn’t necessarily mean both Reunanen and Miller will break camp, it’s likely they are both already better than Johnson.

Miller is the star power here and has the potential to be a top pairing defenseman. He is tremendously skilled, albeit a bit raw. David Quinn mentioned he would have played Miller in August if able to. This situation is a bit comparable to Chris Kreider’s in 2012, when the Rangers played him in the playoff run. Kreider did spend half of the following season in Hartford though. It’s a different situation this season, so if the Rangers have the ability to shelter Miller on the third pair, there’s potential for him.

Reunanen is a bit more steady, but less flashy. He’s more of the solid defense, great first pass kind of player that won’t light up the score sheet. Given that the Ranger already have some pretty solid offensive talent, having a guy like Reunanen balances out the blue line.

Having both break camp also means addition by subtraction by simply keeping Johnson out of the lineup. The cap and bonus cushion is a bit tricky, but they can play some games with Smith’s contract on the taxi squad.

It’s all about making sure players are put in a position to succeed. Is putting them into the NHL just because they are better than Johnson and/or Smith the best? Even if they may have fine tuning to do? That’s not necessarily something we can answer.

If this year is more on development, then is no harm in having them spend the shortened year in Hartford. This does assume they will learn and progress in Hartford. The situation is a little different than sending Alexis Lafreniere to the 2021 World Juniors. Lafreniere wouldn’t gain much from playing there. However Miller and/or Reunanen can still probably gain valuable experience in a lower league.

We’ve seen first hand what happens when you rush prospects that aren’t ready. Kaapo Kakko was rushed. Lias Andersson was rushed. Libor Hajek was rushed. Brett Howden was rushed. It is more important to get prospects ready, both physically and mentally, than it is to throw them in the NHL.

There is no verdict right now. Both players will get a long, long look at camp. They are arguably the only two that can realistically challenge for NHL spots. Hajek is a bit of an after thought, however irresponsible that may sound.