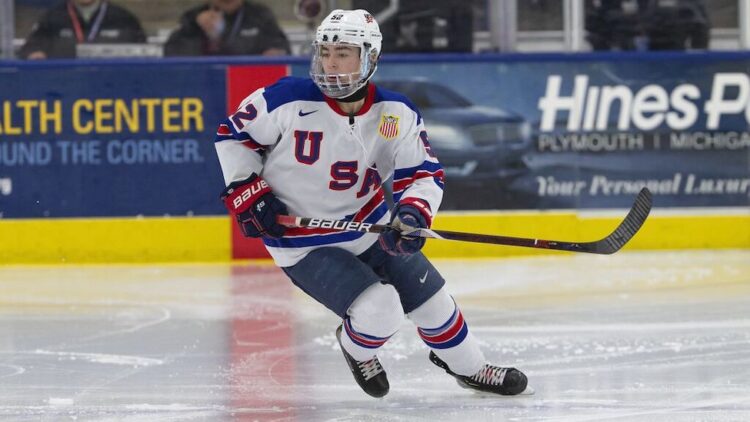 Brett Berard scored a goal and had two assists in Team USA’s 11-0 dismantling of Slovakia at the 2021 World Juniors. This was USA’s second game of the tournament –I thought the 5-3 loss to Russia on Christmas was an exhibition game– and leaves them with a record of 1-1.

Berard’s goal was a nice one. He picked up the puck at his own blue line and turned on the jets. He then dipped the shoulder to get around the defender for the goal.

Brett Berard’s stat line at the 2021 World Juniors is now 1-2-3 in the two games. Berard did not record a point in the loss to Russia.

Hunter Skinner, the other NY Rangers prospect to make Team USA, was not in the lineup in the win. Team USA went with Tyler Kleven instead. But Skinner is ready if needed in the next game.