The NHL continues to shoot itself in the foot 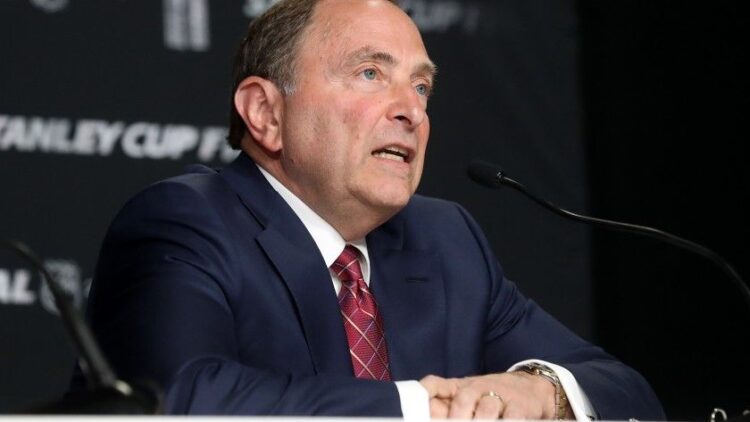 It’s amazing what two months does for to the perception of the NHL. After receiving well deserved praise for executing the NHL bubble from August through September, the owners are now toying with a cancelled 2021 NHL season. A January 1 start date is gone, and while there is still time to get a February start date, the sides aren’t talking.

The reason is always the same – money. The owners are again the bad guys here, now looking to renegotiate on the CBA they just signed this summer. Gary Bettman insists that the league is just “reacting to a changing landscape.” The landscape has changed, sure. But this was a predictable change. Did they not see a second wave coming?

The owners were assuming that fans would be in the stands at some point in the 2021 season. That was a poor assumption. A second wave was inevitable. It always is. Yet the owners thought there would be large indoor gatherings as soon as February 2021? Even with masks and limited fans, you’re looking at a minimum of 6,000 people gathered inside one building. This is just common sense.

The reverse retro jerseys are a cash grab. As are $100 hoodies with the same design. It’s a desperation move by a league that has finally figured out that there will be little ticket and concession revenue coming in this season.

They are only four months late on this. Is that the fault of the NHLPA? Nope. That’s on the owners. They negotiated a bad deal for them in the short term.

This is what the owners are doing right now. They realized they signed a deal that, in the short term, will hammer them financially. You know who is crying for billionaires losing $10 million? Not me. Nor should any of you.

The owners signed a bad deal in the short term for them. The ink is dry. If a player can’t go back on any contract signed, then why should the owners? They agreed to it. Again, it it signed. The bed is made. Deal with it. A cancelled 2021 NHL season is the answer to a bad deal? Come on.

Of course they won’t though. The NHL could have had a plan in place to begin on January 1. They deserve the benefit of the doubt in their execution, considering how well they pulled off their bubbles. Yet here we are, on December 3, and the only issue that’s been publicized is the need to renegotiate. To me, that reads as they have a plan, but don’t like the bottom line. So they are willing to cancel the season? Come on.

The NHL took almost a decade to recover financially from the 2004-2005 lockout. They were on the Outdoor Life Network! The NBA has a plan to start their season, and that’s an indoor game too. Bite the bullet, and deal with short term losses for long term gains. It’s not a novel concept!

Considering how rich these owners are, you’d think they’d understand that concept. Apparently not. They are just being greedy. And it’s at the expense of the fans. The owners should be embarrassed. They aren’t, but they should be. This delay is one of the dumbest delays I’ve ever seen. And I’ve seen delays from an 18 wheeler get stuck on the Belt Parkway.