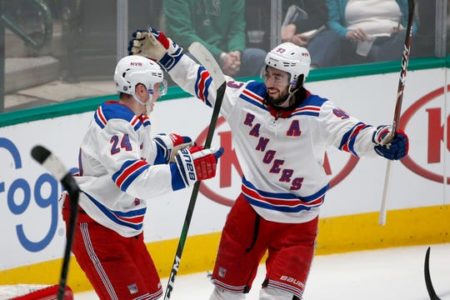 Mika Zibanejad is the #10 center in the NHL, according to the NHL Network ranks. Zibanejad had a huge year last season, putting up career highs in all major categories. The man posted 41-34-75 in just 57 games. That’s just obscene.

Zibanejad ranks ahead of Elias Petterson, but I don’t think that will last all that long. Same with Sebastian Aho. But Leon Draisaitl is way over ranked at #3 on this list.

Zibanejad joins Artemi Panarin on these top ranking list. Panarin was the #1 winger in the league.