We are barely a week into the NY Rangers offseason, and there are still questions abound. Despite being much more active than anticipated, the Rangers still have a bunch of roster holes. The most glaring ones are at middle-six center and left defense. To properly fill those holes, the Rangers might need to part with Pavel Buchnevich in a trade.

In July, I wrote about how Buchnevich might be the next big trade chip for the Rangers. In July, I thought the Rangers might get one more year out of Buchnevich before really looking to trade him. However given the events, or lack thereof, over the past few days, that timing may be sooner rather than later.

Of all the trade chips, including Ryan Strome and Tony DeAngelo, Buchnevich has the most value. 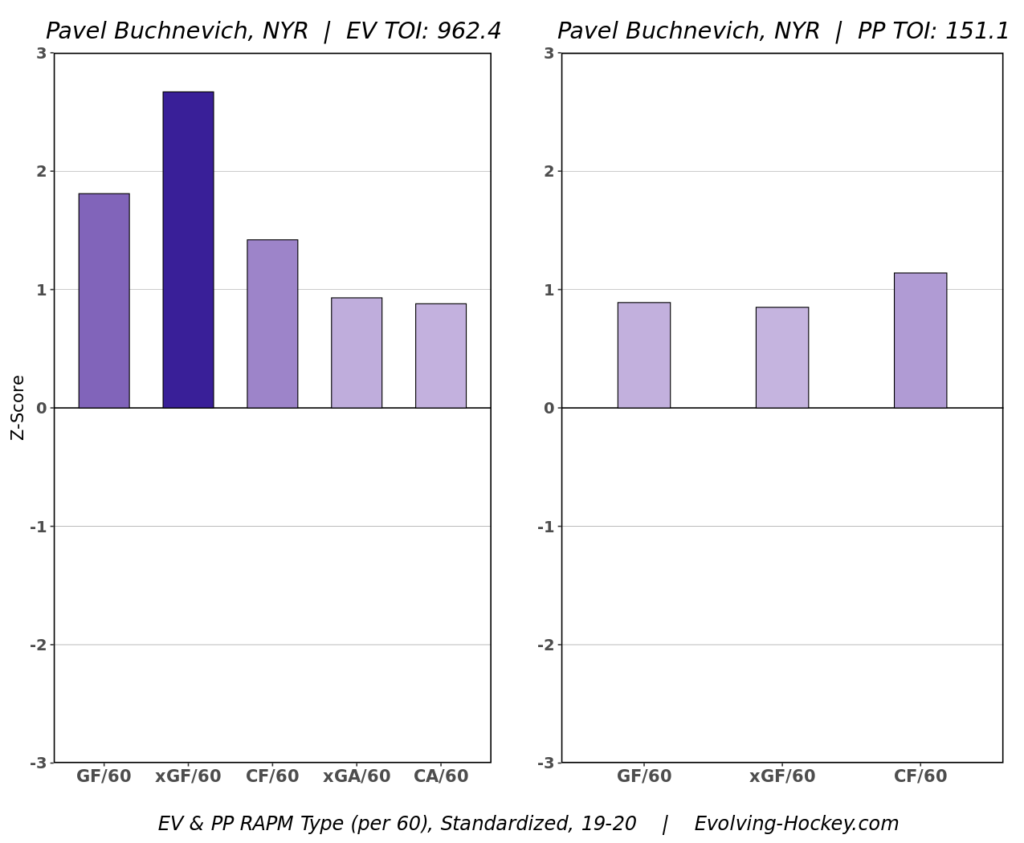 Buchnevich is a very good all around player. He’s around a 50 point pace top-six winger who is solid in all three zones. He’s not flashy, he doesn’t put up the big points, but he’s a very important cog in that KZB line.

This is where Buchnevich sets himself apart from both Strome and DeAngelo in trade value. He does it in all three zones while younger than Strome and the same age (ok, 6 months older) as DeAngelo. He also doesn’t have any questions about repeat-ability, since he’s done it for multiple seasons already.

Dealing From a Position of Strength

The Rangers are absolutely loaded on wing. Buchnevich is currently the top RW, with Kaapo Kakko and Vitali Kravtsov likely taking middle-six roles this coming season. Julien Gauthier is slated to be the 4th line winger as it stands today.

This may work for this coming season, but at some point Kakko and Kravtsov should need top-six roles. They are both supremely talented. It’s also unlikely the Rangers trade either of them, given their cost certainty. The Rangers are blessed with three right wingers who have top-six or better potential. That’s a major position of strength.

This is the big one. We can argue til the cows come home about whether or not Jesper Fast was a cap casualty. However the first *true* cap casualty will be Buchnevich.

Buchnevich is due a qualifying offer of $3.5 million next offseason, but his contract is likely to come in around the $5 million range over multiple years. He has one year of restricted free agency before he hits the open market, which keeps his price down somewhat, but not all that much. A 50 point pace top-six winger who is solid all around will get paid. 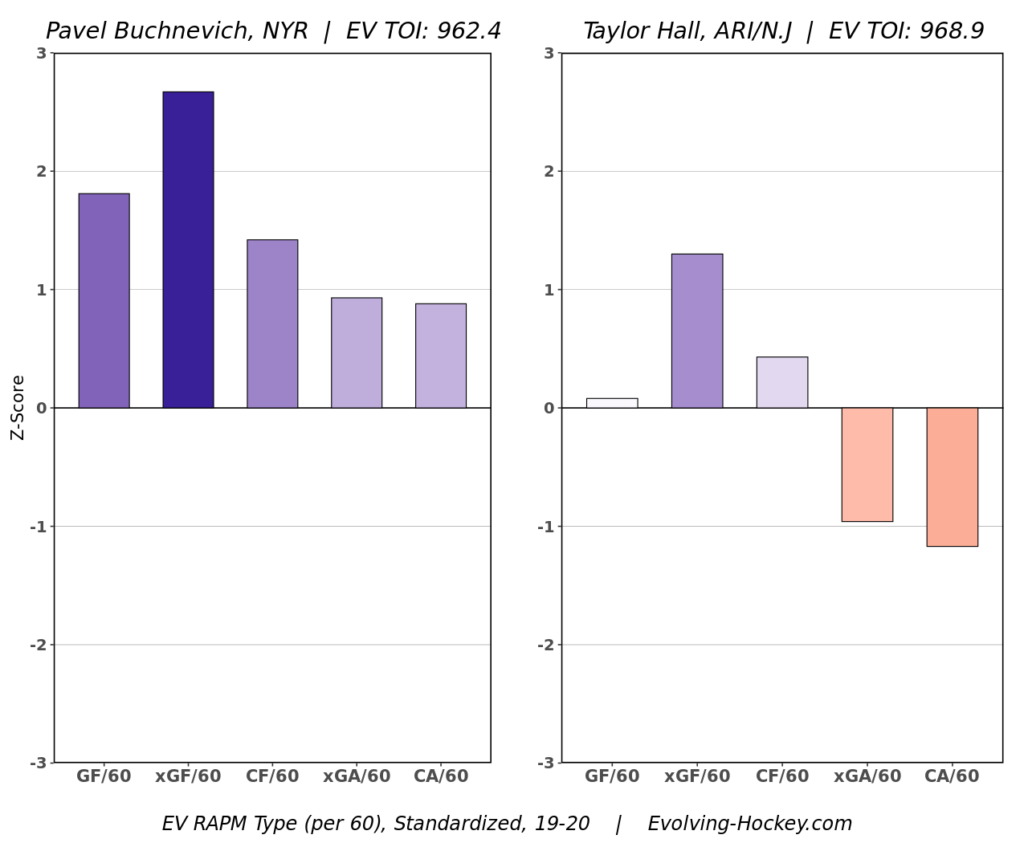 If Taylor Hall, who only outscored Buchnevich by eight assists last season, can get one year and $8 million as a “reclamation year,” then the guarantee of Buchnevich should be worth multiple years and $5 million. He’s going to be too expensive for his future role on the Rangers, but he might be the perfect price for a different team.

And that’s the concern going forward – Buchnevich’s role going forward. He’s the 1RW today, but with Kakko and Kravtsov likely to pass him on the depth chart, he’s might be the 3RW soon. Can the Rangers afford to pay a 3RW $5 million? Can they do it when they’ve already committed $6.5 million to Chris Kreider? The answer is no.

This is the same situation the Rangers have with Tony DeAngelo. However unlike with DeAngelo, the Rangers can’t just move Buchnevich to LW, where they are already stacked. It’s a necessity in the cap era.

It is better to trade a player one year too early than one year too late. While that may not apply to Buchnevich’s production, it may apply to his value and contract. This is the unfortunate reality of a flat cap era. Pavel Buchnevich may be the Rangers’ best trade chip this offseason.