NY Rangers have a top-2 prospect system in latest ranking 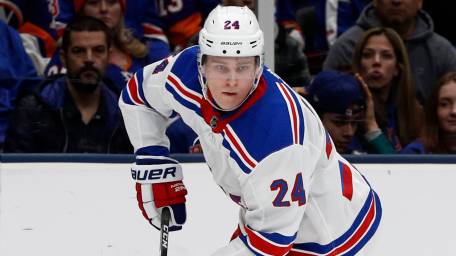 The Athletic is doing their annual NHL prospect system ranking (link: subs. req’d), and the NY Rangers will be in the top-two. The Rangers have been stockpiling prospects for some time now. They’ve seen seen their system rise in the rankings through the rebuild.

Funny enough, it’s between the Rangers and the Devils for the top organizational ranking. It should be a fun rivalry for years to come. It is nice seeing the NY Rangers atop the prospect rankings though.