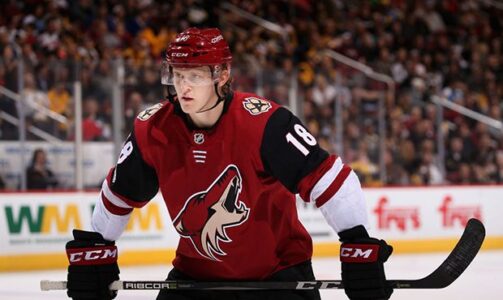 As the quest to bolster the center depth continues, an interesting scenario emerged in Arizona. Fresh off sanctions, there are rumblings that the Coyotes might look to blow things up and start over. The Coyotes got into trouble with a few bad bets on their RFAs, hamstringing them from a cap perspective. While there are some bad contracts, Christian Dvorak has a good one, and he might be a good fit for the Rangers.

Dvorak, the Yotes 2C at the moment, put up 18-20-38 in 70 games last season. He’s been a consistent 40-point pace player since entering the league. The 24 year old center has another five years left on his deal with a cap hit of $4.45 million. 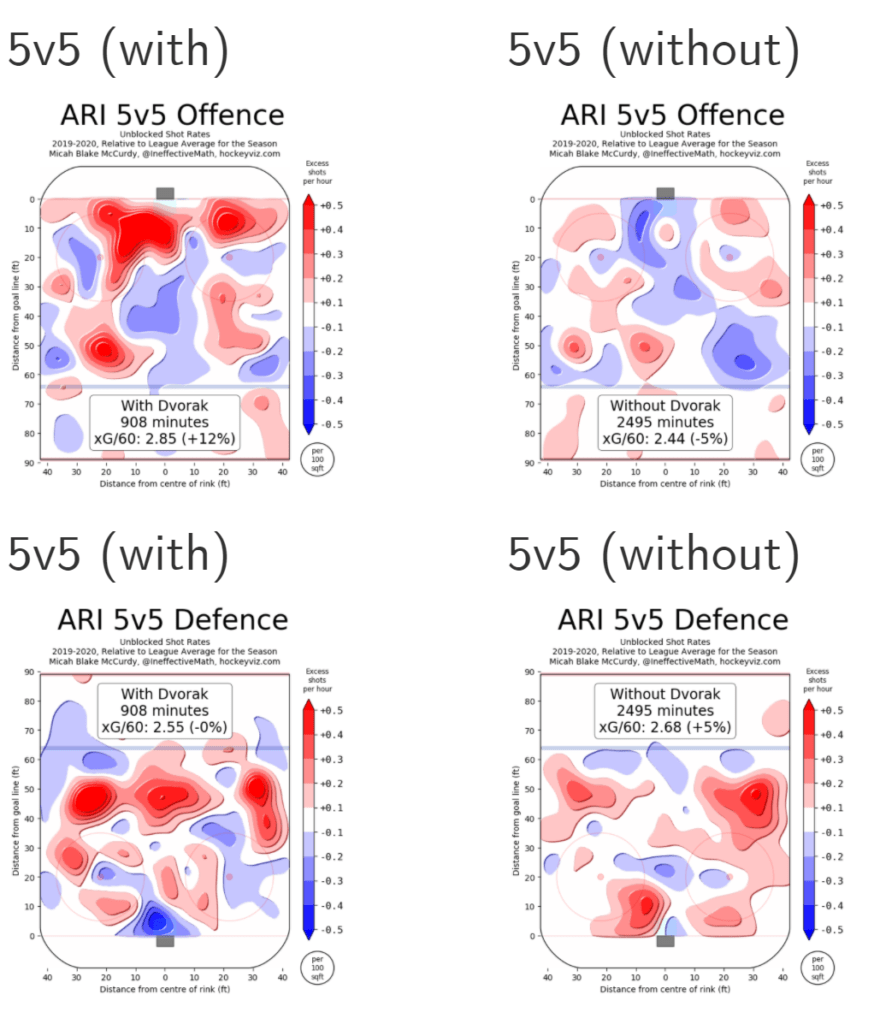 Right off the bat, we see that Dvorak really helped drive offense with the Coyotes this year. This is evidence that Dvorak is a play driver and not a passenger. He is more than just his offensive line, which is important. The Rangers have goal scorers, but they need play drivers. Dvorak does just that.

He’s also far from a liability in his own end. His defensive play isn’t going to wow you, but he gets the job done. He’s a much better option defensively than most of the current centers on the Rangers roster. The two-way play would be a welcomed addition down the middle. 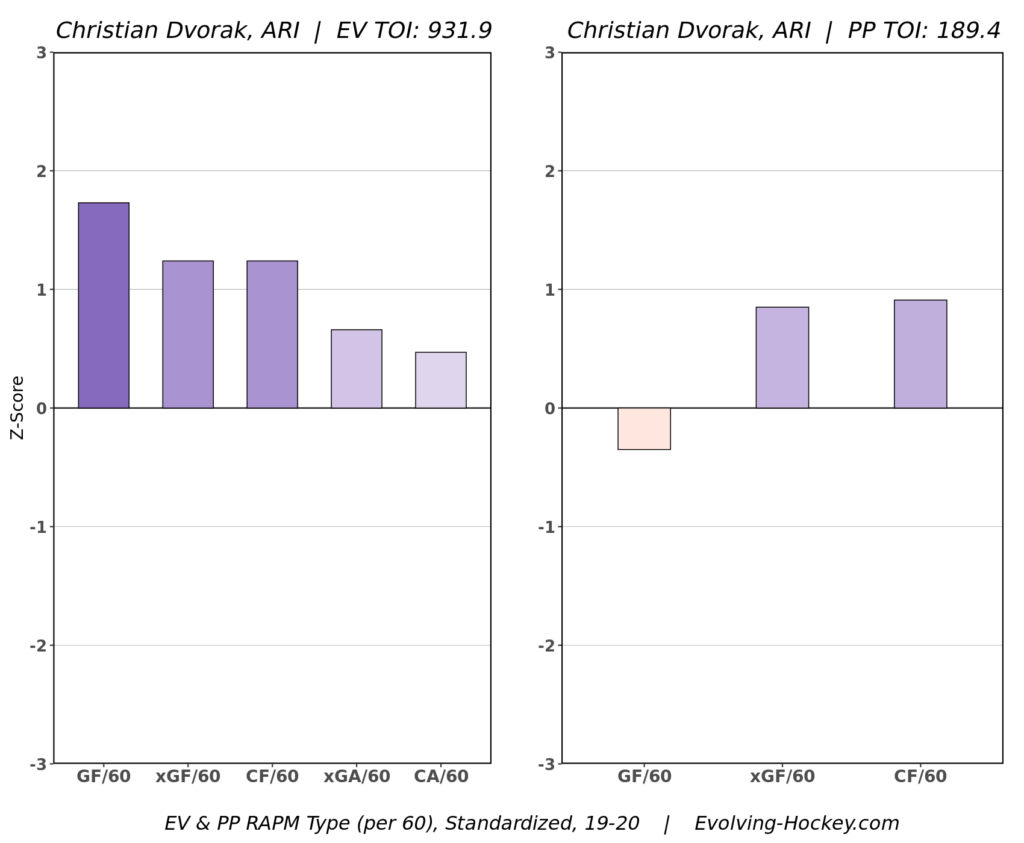 This confirms what the heatmap shows. Dvorak drives offensive play while being solid in his own end. The points may not impress, but the rest of the play certainly does.

Every player comes with risk. The most obvious one with Dvorak is the contract. Another five years is a big commitment, and while $4.45 million isn’t expensive, it isn’t exactly cheap either. However that risk is mitigated because of his age. The Rangers would have two years to make up their mind before a buyout jumps form 33% of the remaining contract to 66% of the remaining contract.

The other concern is his xGF/60 above, as it is lower than his GF/60. This implies that Dvorak had a little bit of luck on his side this year, and could see a downward trend next season. That too, would be mitigated by joining the Rangers. After all, he’d be with Artemi Panarin and probably Kaapo Kakko. If Panarin can make Ryan Strome into a 60 point center, then he can do the same with Dvorak.

Even if Dvorak “only” eclipses 50 points with Panarin, at the rate he drives offense, the contract would be a bargain.

This is the wild card. It is extremely difficult to put together trades of young, cost controlled centers. They are rarely moved. Operating under the assumption that the Coyotes would want picks and young prospects, it makes things interesting.

Carolina’s 1st round pick this year is a given. The Yotes lack center depth in the prospect pool, so let’s guess that Karl Henriksson would head to Arizona. Assuming the Rangers don’t want to trade Vitali Kravtsov, then would Lauri Pajuniemi be enough with the other cost? It might be? The Rangers aren’t giving up their top prospects, so it might have to work.

That is a steep cost for the Rangers to pay, but you have to give to get in this league. That’s a low-20s pick and 2 B+/A- prospects for a 40 point center on a good contract. Christian Dvorak would certainly bolster the Rangers’ center depth. This is the kind of trade that fits in with their rebuild as well.