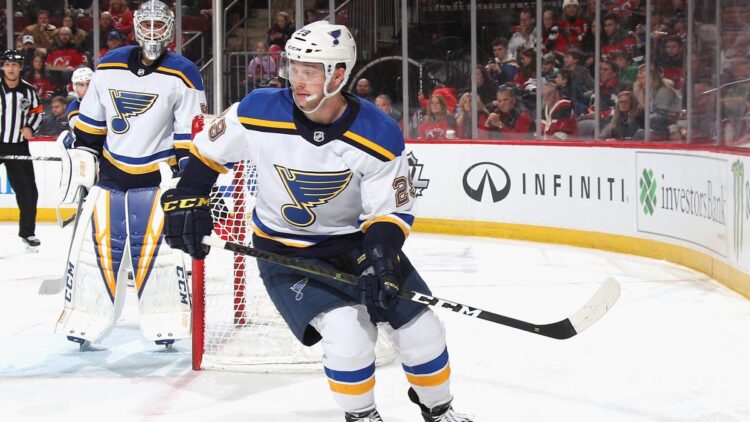 The NY Rangers need left defensemen. More importantly, they need good, young left defensemen with term that can be a part of the long term plan. They have the pieces to make a trade that would take advantage of teams with cap trouble. One of those teams is the St. Louis Blues. Targeting Vince Dunn should be a priority for the Rangers.

STL friend @KevinLorenz is convinced that Vince Dunn is a cap casualty for the Blues. I have no idea how a trade would look but Dunn (to be 24 in OCT) has had a solid NHL start. He'd instantly become the best NYR LHD.

Evolving Hockey has him getting ~$4.6M over 5-6 years. pic.twitter.com/VNPOSTVKgs

Dunn looks to be on the outside of the Blues cap issues, which extends far beyond trying to keep captain Alex Pietrangelo. The Blues have $2 million in cap space, but need to sign Pietrangelo and Dunn. This is a team the Rangers can take advantage of, using their cap space against them to acquire Dunn for minimal assets. 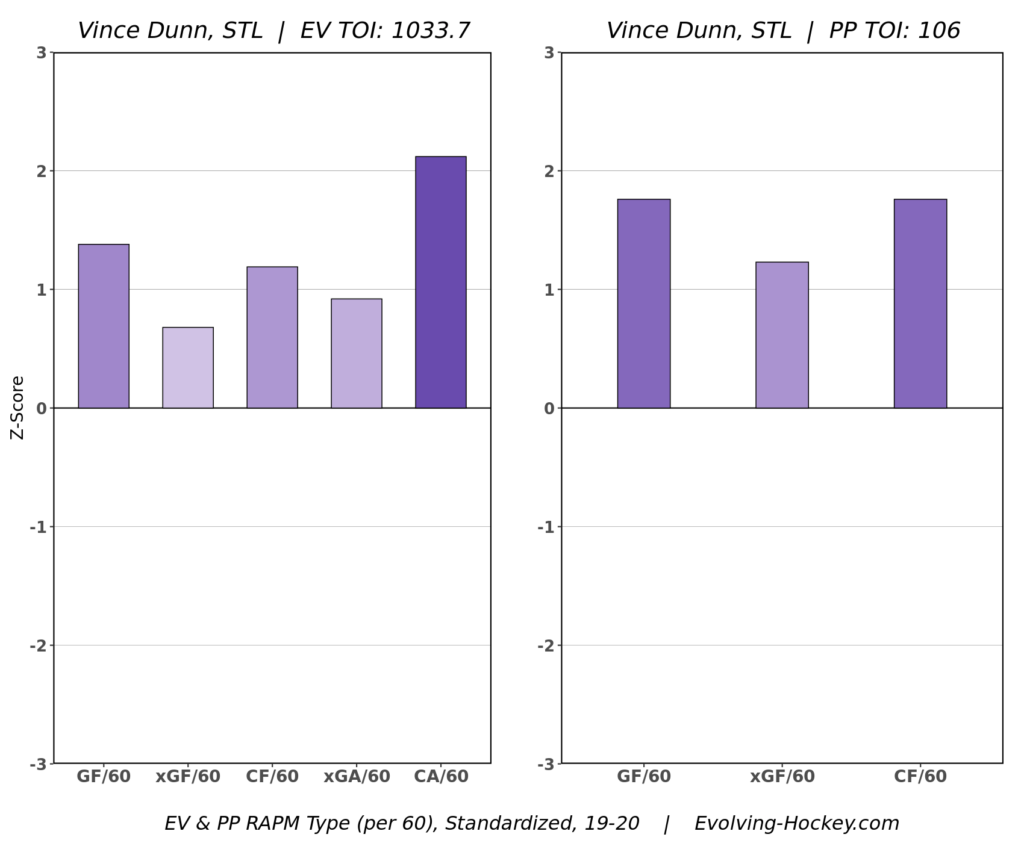 Dunn is worth every penny that he will get on his next deal, which per Evolving-Hockey, is projected to be around $4.6 million for 5-6 years. Dunn is a three-zone defender who will immediately be the Rangers best LD on the roster. He’s also young enough that he can be a part of the future while also filling an immediate need. A Dunn/Trouba pairing would immediately be a true top pair, with Ryan Lindgren-Adam Fox being a solid second pairing.

The trade comparable here is pretty simple. Think the Nick Leddy trade to the Islanders a few years ago. Leddy was a cap casualty in Chicago and was only 24 when traded to the Islanders. He was sent to the Islanders for prospects Kent Simpson, TJ Brennan, Ville Pokka, and RFA goalie Anders Nilsson. That’s three former 2nd round picks, and an RFA goalie. At the time, none of the three were considered blue chip prospects. The difference is that Leddy was already signed for an additional year at $2.7 million. Dunn is unsigned.

What It Will Cost

This is the $64,000 question. Using Leddy’s deal as a comparable, the Rangers are going to part with some of their middle-prospects. Libor Hajek is almost assuredly included in this deal. He’s already falling fast on the prospect depth chart and is unlikely to make an impact with the Rangers.

There’s a legitimate chance the Rangers can get this move done by only sending Hajek and draft picks. Rangers are lacking a 2nd round pick this year, but perhaps Hajek, a 3rd this year, and a 2nd next year gets it done? That’s almost the same as the Leddy deal, factoring in a lack of contract. Maybe the Rangers are pumping Brett Howden’s tires for something like this as well, but that’s just some spitballing.

Acquiring Dunn means Tony DeAngelo is likely a goner in a separate deal. That was already a possibility, as he and Alex Georgiev (and to a lesser extent, Ryan Strome) are their best chips for roster upgrades. Acquiring Dunn without moving any of these three means the Rangers have more options to work with to address other roster issues.

The Rangers landing Vince Dunn seems to be a no-brainer for them, if he is available. The Blues have a lot of tough decisions to make, and if Dunn really is going to be a cap casualty, the Rangers should be all over him.