When the Rangers gave up a pair of 2nd round picks for Adam Fox, there’s no way they knew they were getting this kind of impact player right from the start. Fox, snubbed from the Calder Trophy finalists, quickly rose from touted rookie to possibly the best defenseman on the team.

In 70 games, Fox put up 8-34-42, good for 7th on the team and 2nd among defensemen. As impressive as the production is, it’s even more impressive what Fox was able to do. Even when the Rangers stunk to high heaven for the first two months of the season, Fox was one of the lone bright spots. He brought some level of consistency to a position that has been the Achilles heel for the Rangers for quite some time. 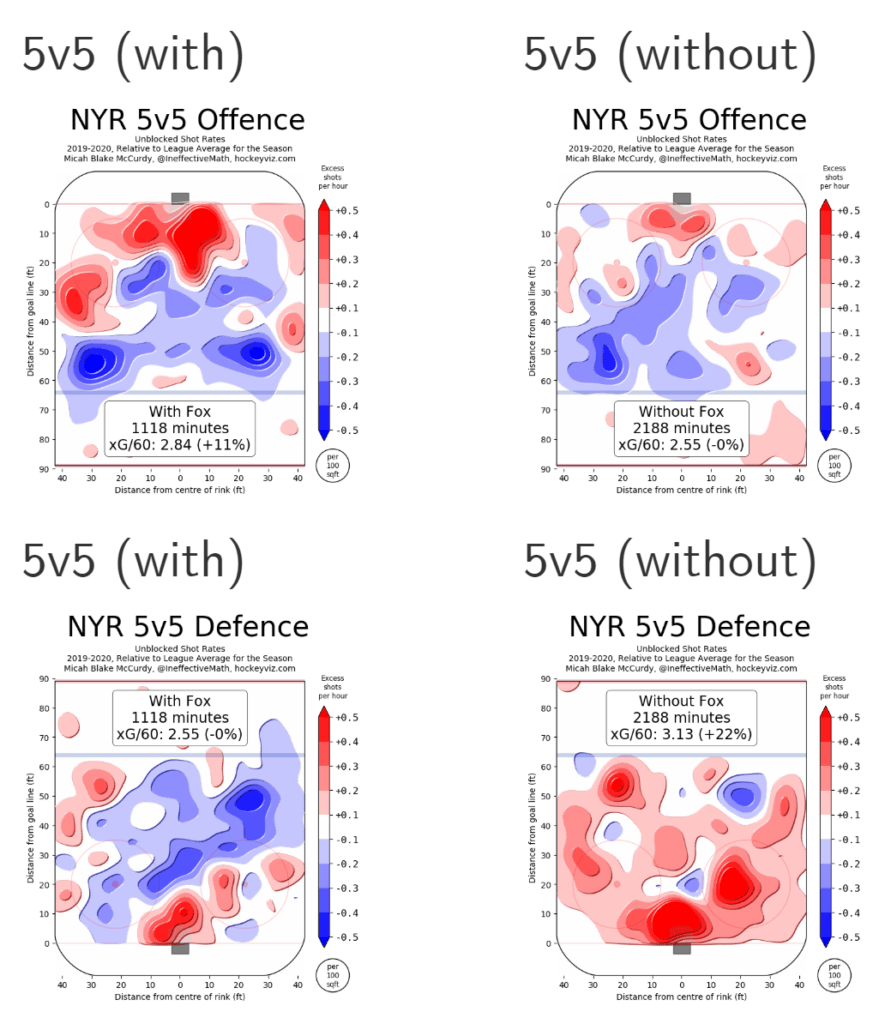 This should come as no surprise, but Fox was the best two-way defenseman on the Rangers this season. He drove offense and was absolutely stifling on defense. The Rangers were actually hot garbage without Fox. There’s not much else to say about him at even strength. 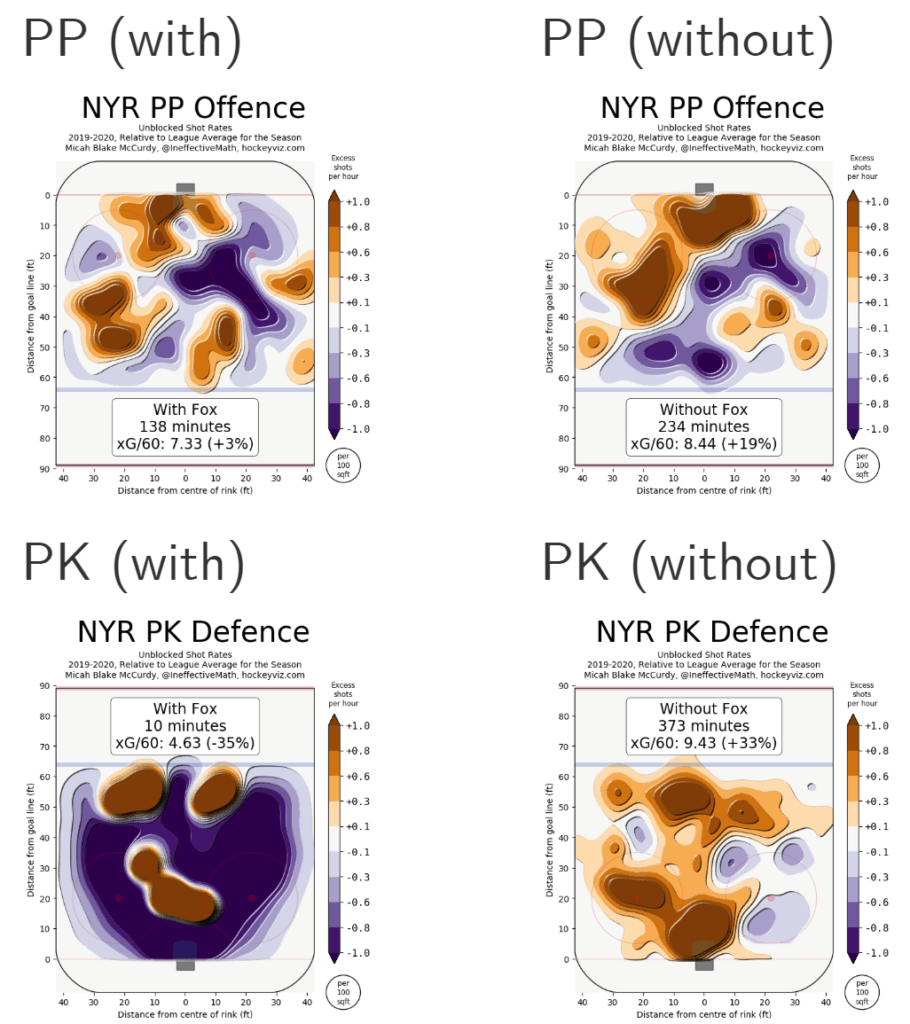 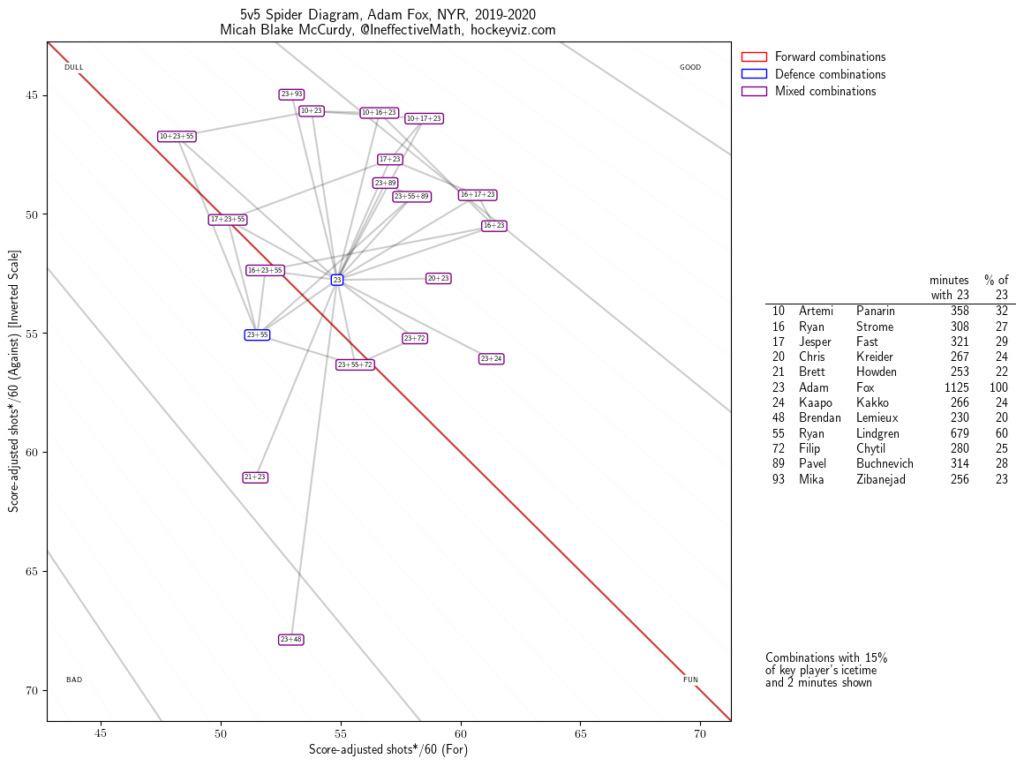 Fox spent most of his time with Ryan Lindgren. There’s a lot of noise in WOWY charts like this, so I wouldn’t pay too much attention to Lindgren moving Fox towards “bad” from Fox by himself. Most players would move Fox in that direction. Fox is the only defenseman on the ‘good’ side of that chart on his own. Again given how historically bad the first two months of the season were, this is beyond impressive.

Adam Fox is one of the premier two-way defensemen in the league today. There’s nothing else to say about him. Landing him for a pair of second round picks is a steal.