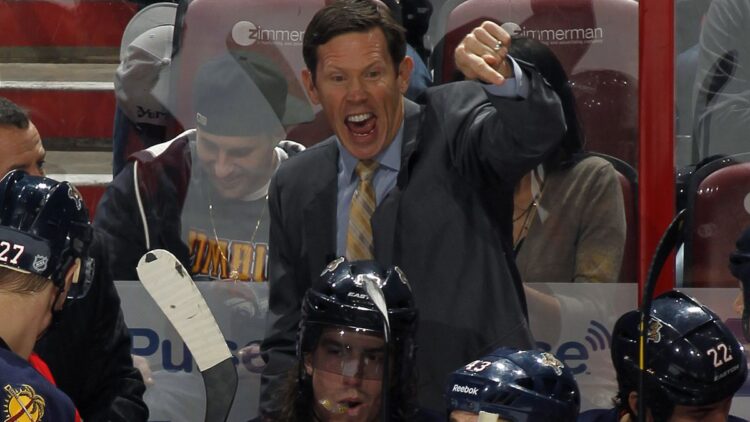 Lindy Ruff will not be behind the Rangers’ bench for the playoffs in August. He will begin with the Devils immediately. Gord Murphy will replace Ruff behind the bench as an assistant coach for the Rangers.

Murphy joined the Hartford Wolf Pack this year as an Associate Coach. Previously, he had spent the last five seasons with the Philadelphia Flyers as an assistant coach. After the Flyers cleaned house from the Ron Hextall era, Murphy was let go.

Murphy worked primarily with the defensemen in Philly, and he took that role in Hartford. It is expected that he will take on that role with the Rangers as well. While the system won’t change, it will be interesting to what Murphy does with the defense pairs.

This past season, Murphy has worked with current Rangers defenseman Ryan Lindgren. He also has worked with Libor Hajek and Yegor Rykov in Hartford for most of the season.

It is unlikely that Murphy makes any major changes to the defense pairings in the playoffs. The top-six are basically set, and it is unlikely that the coaching staff will have the courage to replace Marc Staal in the lineup.

One bit of speculation. Given Murphy’s reputation as a defenseman developer, it wouldn’t be surprising to see him stick with the Rangers into next season. The Rangers have two rookies on the roster this season, with at least two more expected over the next couple of seasons.