NY Rangers goalie battle: Who gets the call against Carolina?

The NY Rangers have a unique goalie battle coming into camp next week. With the NHL Return to Play rules allowing for unlimited goalies, the Rangers are also allowed to take advantage of such a situation. The Blueshirts have one of the best goalies of all time in Henrik Lundqvist. They have a rookie touted as his successor in Igor Shesterkin. Finally, they have the surprise rock in net in Alex Georgiev. But only one can play in the play-in round against the Carolina Hurricanes.

Each goalie is capable of stealing a series or more. The Rangers have the luxury of being able to ride whichever of the three gets hot, but they won’t have much time to make that decision. There are just three weeks between camp starting and the first game. John Davidson has stated that it will indeed be a goalie battle for who gets the call for the NY Rangers. There are very clear reasons to go with each goalie as well. 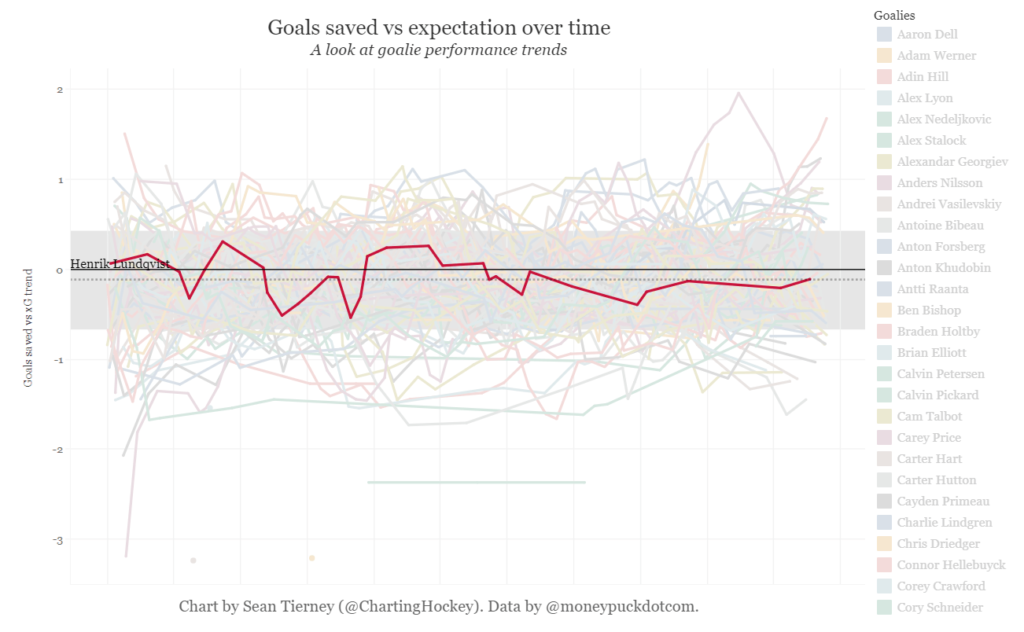 However The King is now 38 years old and was third on the depth chart behind Shesterkin and Georgiev. He had the worst goalie raw numbers on the team (3.16 GAA, .905 SV%), although there are certainly timing factors (most of Lundqvist’s games were October-November) at play there. The above shows Hank was certainly below average, but was steadying himself as the Rangers started to perform better. That also coincides with Shesterkin’s call up and Hank’s reduced playing time.

If the Rangers get vintage Lundqvist, he and that potent offense can carry the Rangers.

Georgiev burst onto the scene last season, stealing the show with a .914 SV% for a truly awful Rangers team. This year, Georgiev has shown brilliance, but had more human performances thrown in there. His overall numbers weren’t that much better than Hank’s this season – a 3.04 GAA and a .910 SV%. Only 11 of those starts came in the truly awful October-November frame. The rest were December through the rest of the year, when the Rangers started figuring it out. 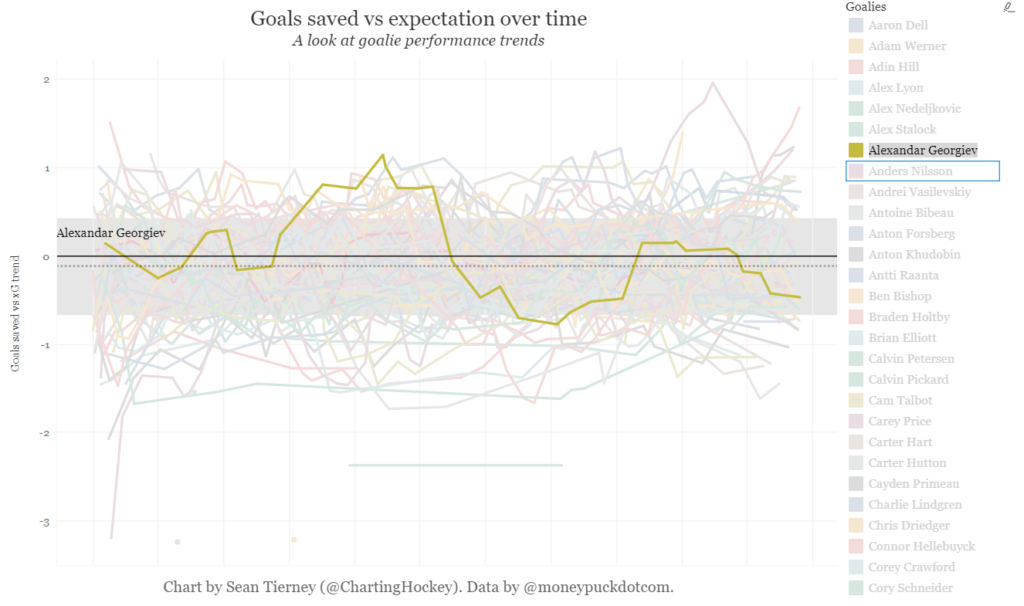 Georgiev had the highest peak of any Rangers goalie this season. When he’s hot, he’s white-hot. But he also had the lowest valley, and finished the season with the worst goals saved vs. expected of the trio.

Georgiev, like Lundqvist, can steal a series. But he is truly a wild card, because his season-long numbers show he might be the third best option on the team.

Shesterkin has been pegged as the heir-apparent to Lundqvist for quite some time. Even when Georgiev was stealing some thunder, it was always Shesterkin’s spot to lose. He forced his way onto the NHL roster with stellar play at the AHL level and never looked back.

Shesterkin’s numbers are far and away the best on the team with a 2.52 GAA and a .932 SV%. Even when accounting for when he played, he was visibly the best goalie the Rangers had. 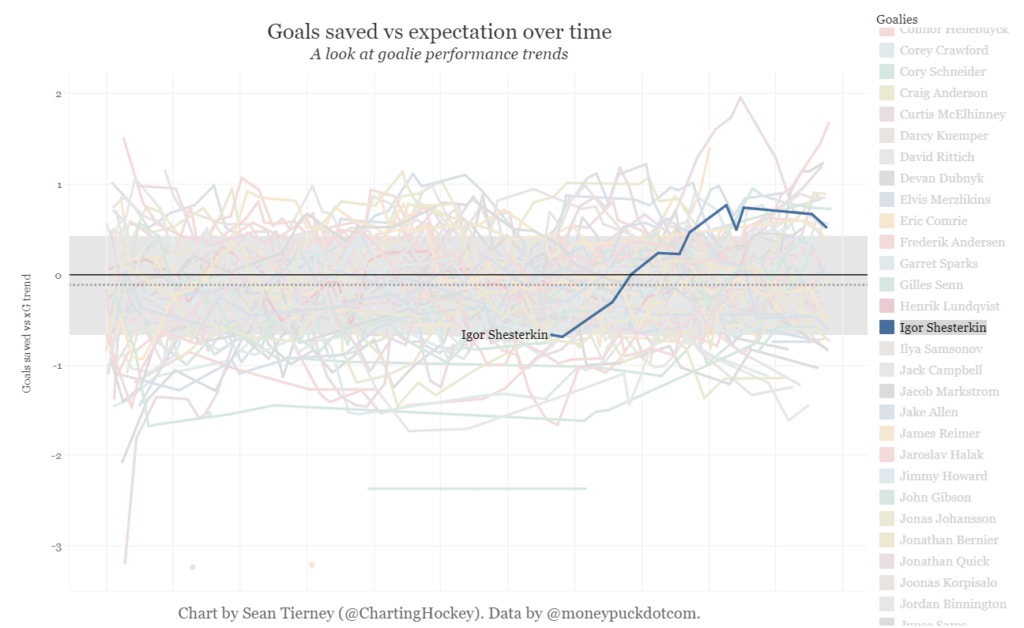 Shesterkin also sported by far the best advanced goalie stats on the team. This shouldn’t be a surprise though.

One of the benefits of using Shesterkin –aside from his team-best numbers– is that he’s an unknown for most teams. There is no tape on how to beat him yet. We’ve seen rookie goalies make runs, and Shesterkin certainly has the skill.