Brett Howden entered his sophomore season with the NY Rangers looking to improve upon a pretty rough rookie year. Howden started that season hot, but really struggled at the end of the season. His play away from the puck was close to league-worst. The only way for Howden to go was up.

Howden finished the season with a line of 9-10-19, improving on his goal totals while not really improving anywhere else. It’s clear Howden struggles at center, which is why he spent a good portion of the season at wing. He actually fared somewhat well in that role, albeit in an extremely small sample size. He was bouncing between wing on the third line and center on the fourth line for most of January and February before the season was put on hold. 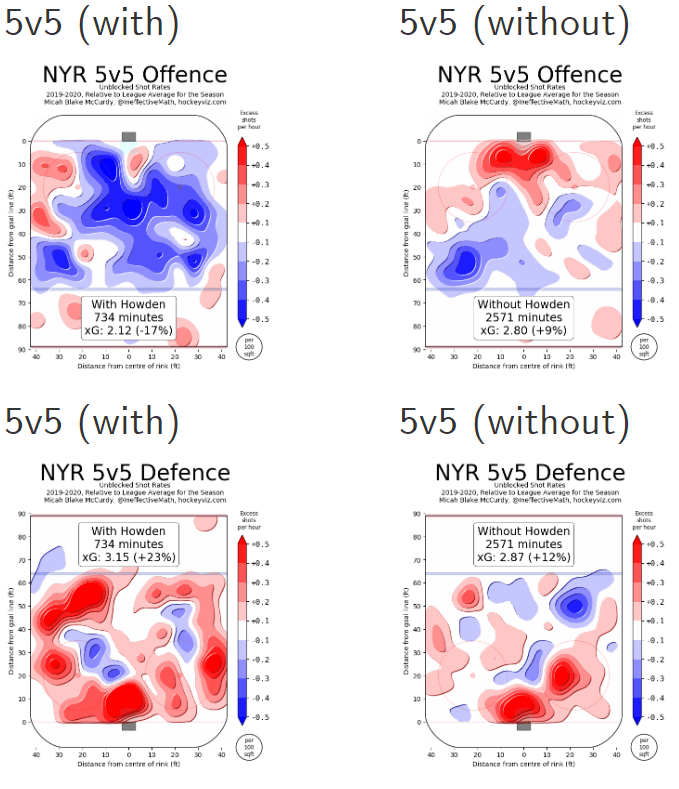 Howden’s performance away from the puck did not improve. The above is a consolidation of the full season, which includes his time at wing and at center. It’s as clear as day – the Rangers are a better team without Brett Howden on the ice. He doesn’t drive offense and he’s a liability on defense. This isn’t much of a surprise, though. 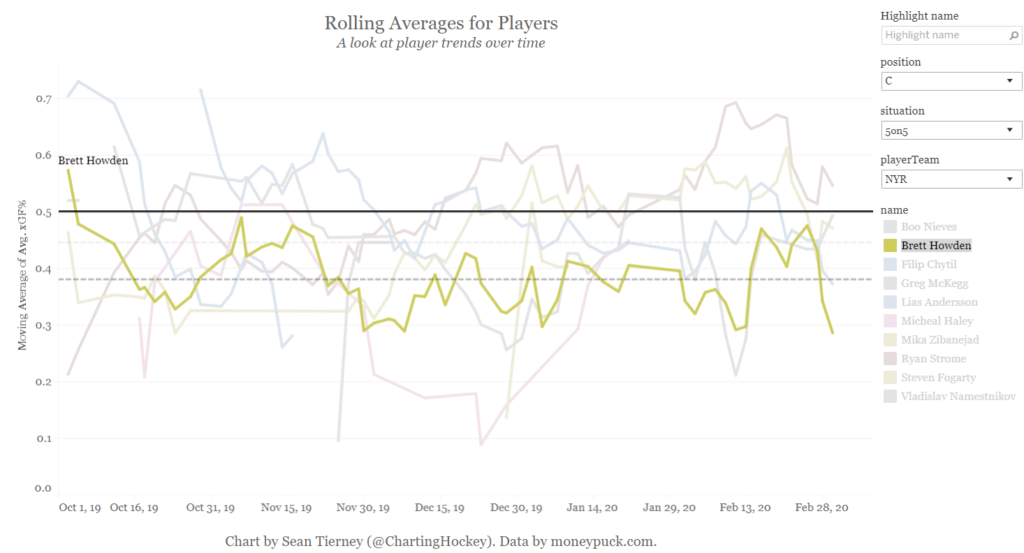 Player trends over time matter, especially as prospects (hopefully) continue to grow and learn. Howden was a center through November, beginning December as a winger for the most part. In February he was bouncing around both positions. No matter what position, Howden’s season long xGF% rolling averages were well below league average. He did, however, show some signs of improvement on wing. 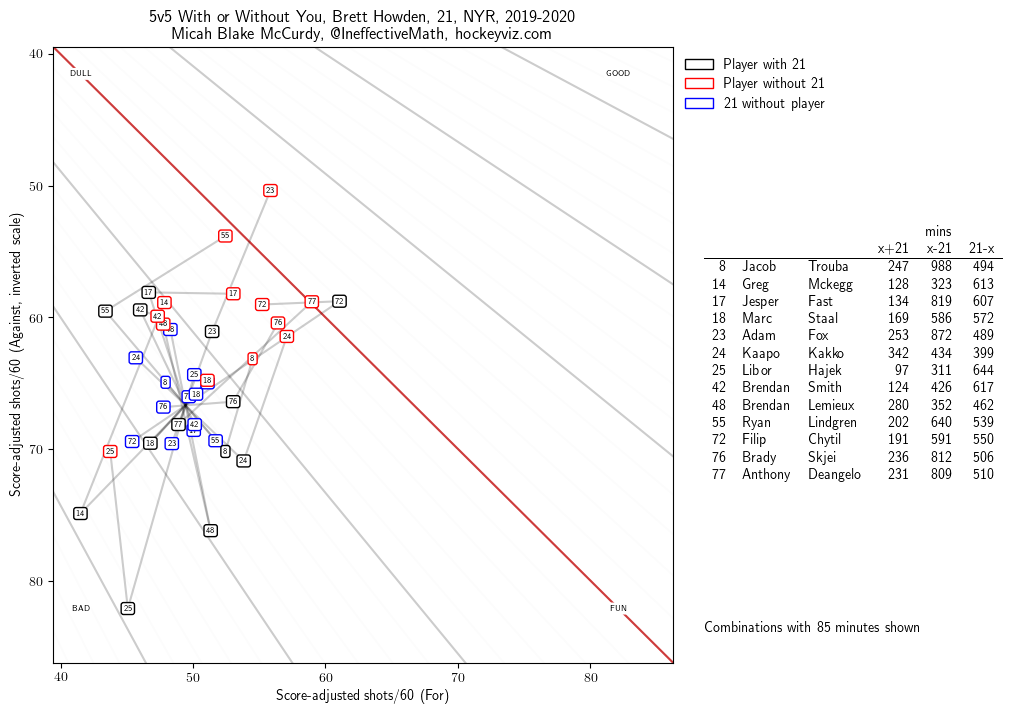 Because Howden has been a bit of a whipping boy, it’s important to understand his impact on his teammates. WOWY charts aren’t the best representation and have their flaws, but they do at least tell a partial story.

There are two things to take note of here: The first is where the navy box is located. That is how a teammate performs with Howden on the ice. The second is the red box, how the teammate performs without Howden on the ice. The truly alarming piece here is that every navy box is located towards “bad” and every red box moves that teammate significantly more towards league average. The impact on Kakko is profound. That’s not good. Again not a perfect analysis, but it does confirm what we saw in the prior two charts. Brett Howden, simply put, struggles at the NHL level and is not a viable option for the Rangers.

There is some evidence to suggest that Howden might fare better at wing. That said, his overall results don’t warrant much more of a leash. Howden is entering his third and final year of his ELC. If he doesn’t improve, Howden might find himself as the Rangers expansion draft bait next summer.