Thoughts on the Lindy Ruff rumors 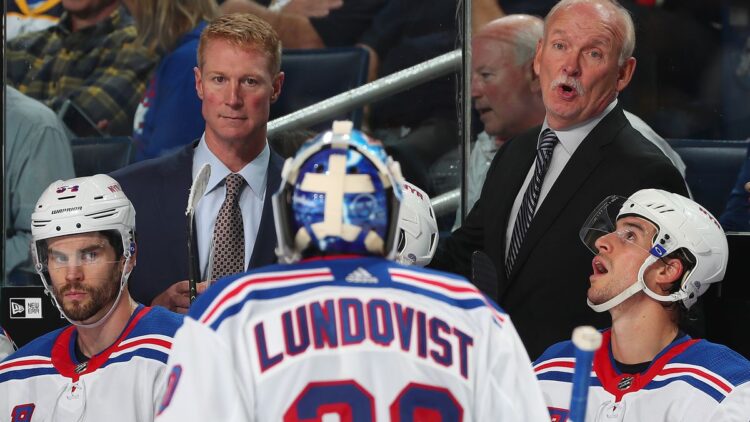 In case you missed it, there are rumors that Lindy Ruff is one of the targets for the NJ Devils head coaching gig. Ruff was mentioned as the “mystery” and fifth candidate for the job by Elliotte Friedman. Ruff has been with the Rangers since the 2017-2018 season with less than stellar results for his role. As per usual, I have some thoughts.

1. Ruff has not been good with the Rangers. They’ve been a league-worst team on defense since he got here. The thing is, part of that is on the Rangers. Ruff has never been a good defensive coach. Why would two head coaches put him in charge of defense? Even his solid Dallas and Buffalo teams were questionable at best on defense. I’m sure he has some value, but not in this role. It’s like putting me in charge of jersey colors (I’m colorblind).

2. If Ruff is given the gig, let’s take a step back and recognize that the Rangers won’t magically become a defensively elite team. Some problems will be solved, likely with how the pairings are assigned, but that’s probably it. Remember that the overall system is still David Quinn’s. Also remember that Marc Staal still plays significant minutes for this team.

3. There are also four other candidates for the Devils, which means that Ruff has at best a 20% chance of getting that job. While it is certainly buyer beware, it is also Rangers beware. Ex-Rangers assistant Mike Sullivan won a Stanley Cup with the Pittsburgh Penguins. Also let’s take a step back and recognize that aside from an atrocious October/November, the Rangers were near league-average defensively for the rest of the season. Food for thought.

4. Just a reminder that the Rangers still have the rest of their postseason to play out. So don’t expect these rumors about Lindy Ruff to go away any time soon.

5. One final thought on that list of coaches: Why aren’t new coaches being considered? The NHL really does recycle the same 40-50 names for head coaching jobs. Hockey is its own fraternity, and this illustrates some of the major issues with the system. On that list, only Gerard Gallant and Peter Laviolette have had any semblance of recent success. Only Alain Nasreddine doesn’t have preior head coaching experience. Maybe give the new guy a shot?