Chris Kreider’s season started as the only player on the Rangers with real questions about his future. Unsigned beyond his current contract, it was still unknown whether he would remain with the Rangers or be traded at the deadline. In the end, he was re-signed after the Rangers started making a playoff push. Kreider was a key cog in that push.

Kreider finished the regular season with a line of 24-21-45 in 63 games, more or less on pace with his career averages. He’s a key cog in the KZB line with Mika Zibanejad and Pavel Buchnevich. Kreider’s impact is beyond the numbers, which are solid. He’s a matchup nightmare and quite possibly one of the best net-front presences in the NHL. His role is to get in front for screens and deflections, opening the high slot and top of the circle areas for Zibanejad and others to fire away. Close your eyes and picture Kreider on the ice. He’s in front of the net, isn’t he? 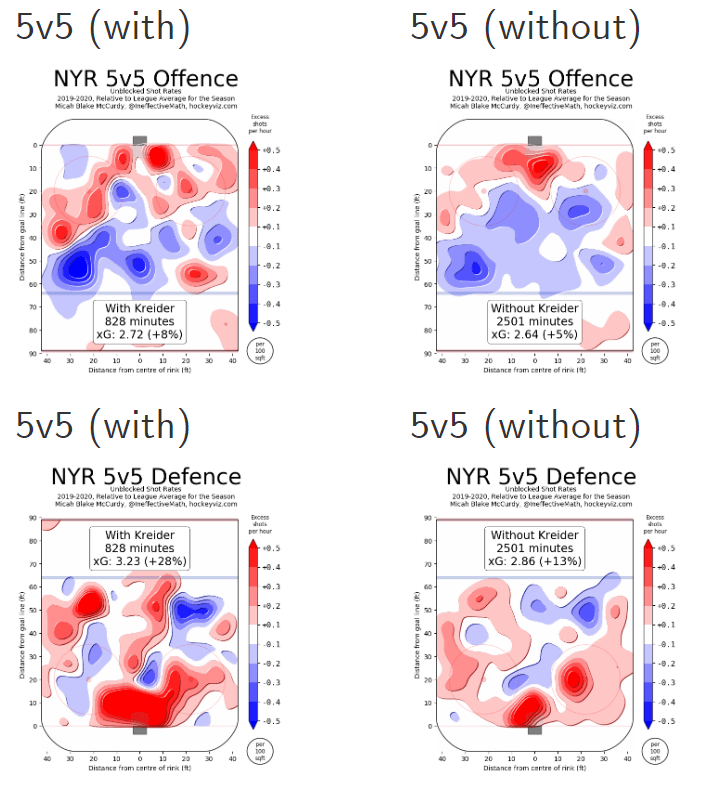 Without the puck, Kreider’s offensive impact wasn’t game breaking. While that isn’t surprising, I did expect him to have a larger impact offensively. I guess that, since Artemi Panarin has the majority of the offensive impact, the numbers would skew proportionally to those who aren’t on the ice with him regularly. But defensively, Kreider’s impact is where he separates himself. The Rangers are significantly better defensively with him on the ice. He’s just overall solid. 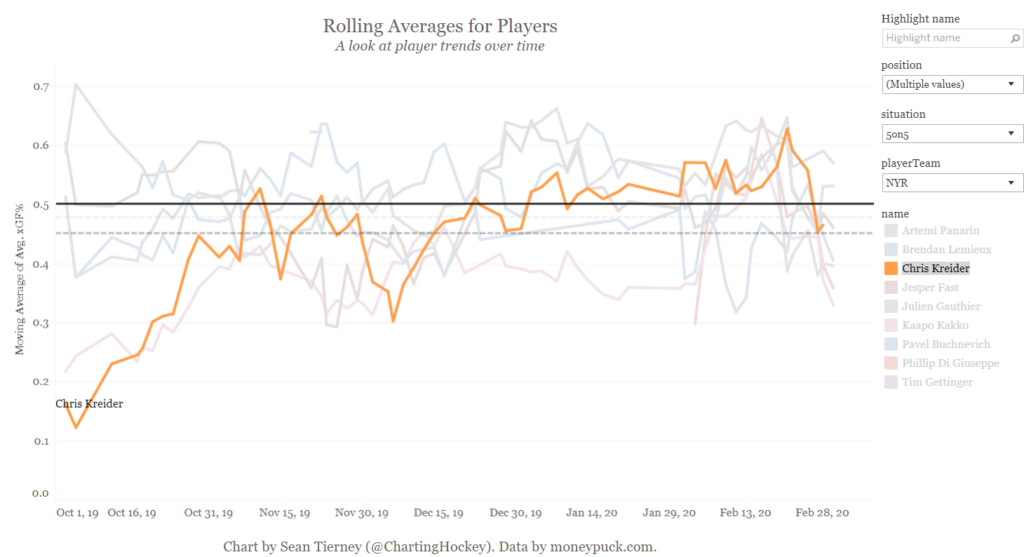 Over the course of the season, Kreider had a truly terrible start. The good news was that the only place to go was up, and that he did. He became a consistently positive player from November on, with only a few dips in his overall play. In January and February, again when the Rangers were making a run, he showed why he’s a top-six forward and why he earned that contract extension. He dipped like the rest of the team, then broke his foot.

Kreider’s likely never going to hit 30 goals like so many had hoped, but that’s not necessarily a bad thing. He has a role to play, and his role is an important one. It isn’t much of a stretch to say that players like Zibanejad wouldn’t have had as many goals without Kreider in front screening the goalie. It’s clear that Chris Kreider is an important cog for the Rangers as they gear up for sustained success, hopefully in the near future.