So Long, and Thanks (from Pat) 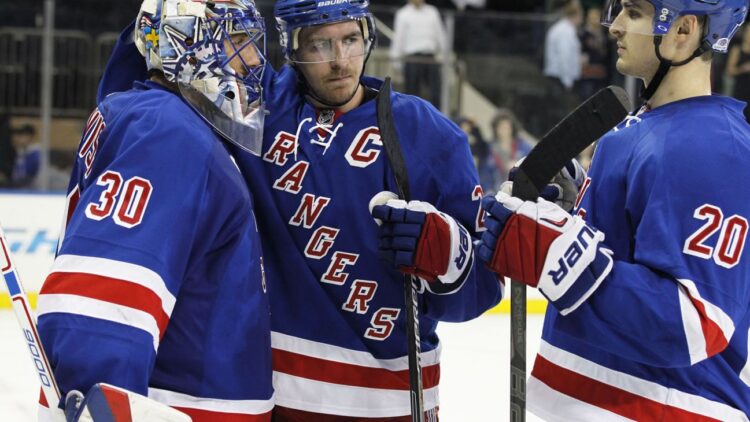 I realize that writing this post may be moot, as I haven’t written anything here in a while anyways. Even so, despite my hereditary propensities, I hate leaving without saying some kind of goodbye, and in any event I think it’s appropriate to explain myself, and of course say a brief thank you.

I think often of what exactly it is that keeps me coming back to hockey, and there’s a few things. Chief among them is the visceral, unstoppable serotonin rush that comes in that split second between watching the puck leaving the stick of your favorite player and when it hits the back of the net. Very few things can snuff out the light in the lamp as it goes off in my head, or at least I thought. My other favorite thing about hockey, is or was (I’m not sure), the sense of community and belonging brought on by the common bonds of affection for the same team.

To me, this was part and parcel of the joy of hockey – being able to share that joy with others. I suppose it still exists, but as I continue observing the things I read, the things I overhear at games, the more and more I’m convinced that this community doesn’t exist anymore, or maybe never existed. Maybe it’s come to rot through from its core, and maybe I’ve contributed to that rot, which is an even more troubling thought I have a hard time shaking. Maybe we are just a dreadful den of thieves, bonded by nothing, where no one belongs, or at least where I don’t.

Discourse and community go hand in hand, and I think that’s where this is all coming from for me. There are of course good, kind people willing to exchange their happiness with others in good faith, and I certainly won’t forget them or leave them behind. Still though, I’ve realized that time has upset many fighting faiths, and that the competition of the market which governs the power of thought has grown too vicious for me to continue writing, or tweeting, or exposing myself in anyway. This too, at root, involves self-reflection and consideration of the notion that I may very well be a cause of this degradation, but one way or another the conclusion is the same. It’s time to stop, to take a step back, and to strip it all down to the studs in order to rewire the light in the lamp.

All of this is rather depressing, and I’m sorry for that, but I think honest despondence is always inherently more valuable than insincere reassurance that everything is fine. There’s another element though that I’d be remiss in ignoring, and that’s everything that you all have done for me. When I started writing here, when I entered the competition of that marketplace of ideas, I was deeply alone and unfulfilled, and I found something that kept me going. Whether or not that keeps me going now or hinders my ability to progress through these changing times, whether or not there’s retrospective legitimacy to that something, is all beside the point. That something existed then, and got me to where I am today. For that I’m eternally grateful, and if any of you would like build another something, feel free to reach out. I’ll catch you up in the Blue Seats.