On Ryan Strome’s hot start, and if it’s sustainable

A former top-five pick, Ryan Strome has been a player to watch lately for the Rangers. After shooting north of 20% when the Rangers and Oilers swapped Ryan’s, the general consensus was that Strome, who set a career high in goals last season, should be sold high. The underlying possession numbers weren’t good and shooting percentage almost always regresses, Michael Grabner notwithstanding.

The Rangers clearly did not want to move on from Strome, instead trading Jimmy Vesey and Vlad Namestnikov to ensure space on the roster for Strome. The 26 year old has responded with a 5-9-14 line in 14 games, second on the team in scoring, while playing top line minutes with Artemi Panarin. He’s only been held off the scoresheet four times this season.

Clearly Strome is clicking with Panarin. The rub on Strome was that despite his high draft status, he needed someone else to create the offense for him. He still does, but Panarin creates enough offense for everyone, which is why you pay him $11 million. He just needs players that are skilled –which Strome is– and can take advantage of Panarin’s presence. Strome has excelled in this role so far. If he continues to put up points, there won’t be any complaints about where he plays. 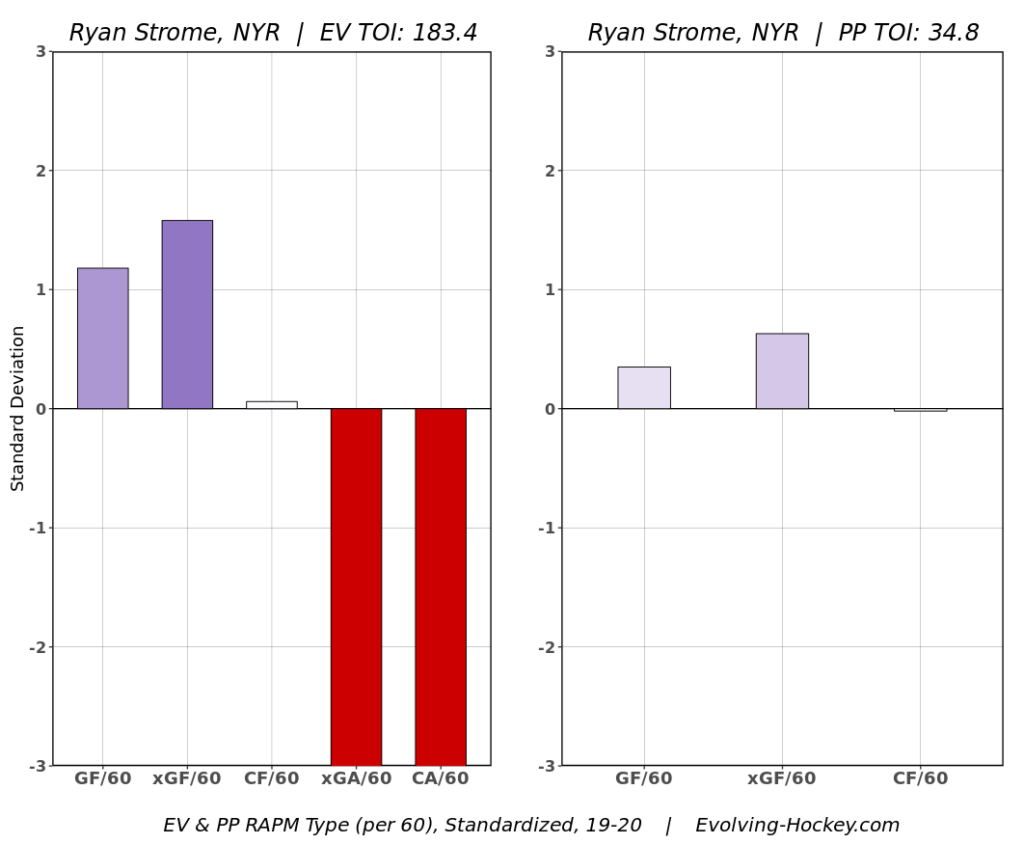 Now Strome is far from perfect. He did look lost when not with Panarin. He’s awful away from the puck, although every single Ranger has bad possession numbers. It’s to the point where he actually is off-the-charts bad defensively.

The good thing here is that, as mentioned, he’s able to consistently produce offense with Panarin. Defensively a nightmare, but offensively producing and putting up good expected-goals-for numbers. We see this in his shot heatmaps as well. 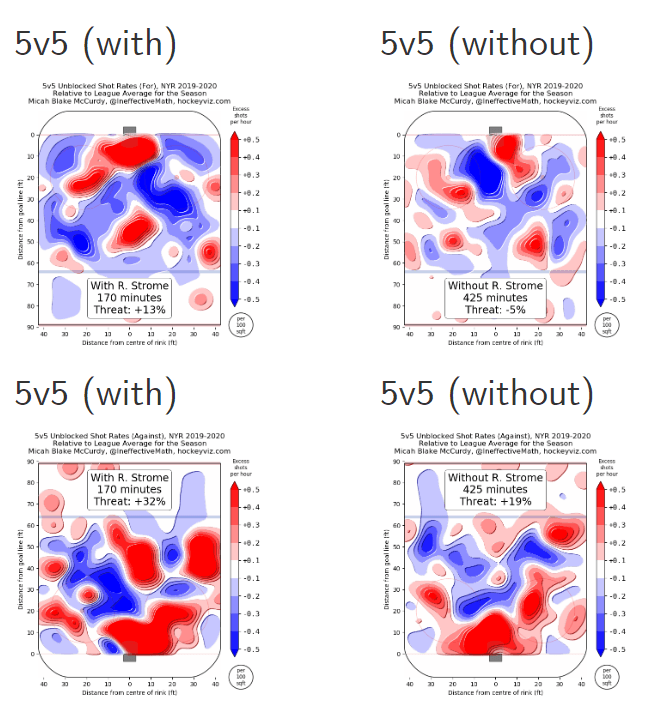 This is still a significant improvement on last year, when offensively he was a -8% influence while on the ice. That’s a 21% swing in one season! The last interesting thing I want to point out is how teammates perform with/without him on the ice. 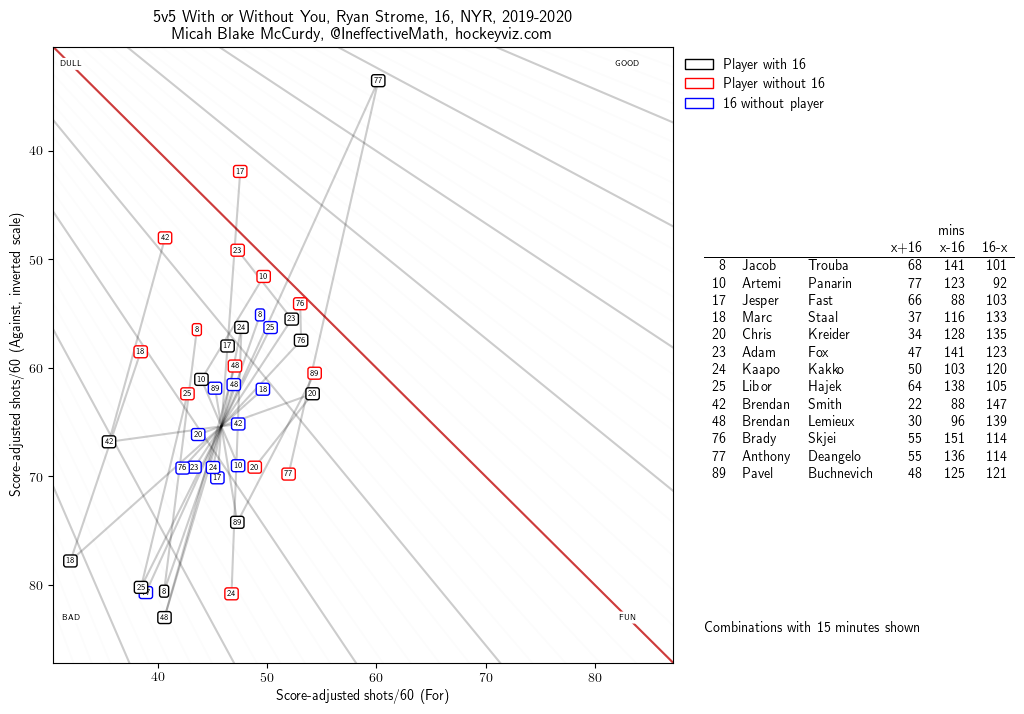 This is a little difficult to read, but the general gist is that Strome positively impacts shots for but is a major drag on shots against. What I found to be very interesting was that the Panarin effect isn’t as big as I thought. Of course Strome is worse off without Panarin on his line, you didn’t need me to tell you that, but the magnitude is far less than I thought. Suffice it to say, Strome is holding his own offensively.

This brings us back to the original concern, shooting percentage. He’s shooting 21.7% right now, more than double his career average of 10.3%. Generally speaking, SH% isn’t repeatable, so we look at expected-goals to see how big of a regression is coming.

However for Strome, he’s seen a huge increase in those expected-goals numbers. Last year he was bottom-five on the team in generating offense. This year his xGF/60 of 2.55 is top-five on the team. So while we should expect the SH% to come down and the goals to dry up, he should still be able to keep his head above water, at least offensively, and only if he remains glued to Panarin’s hip.

Dare I say that there’s a chance Strome’s production is somewhat sustainable this year? I’m going against the grain on this, but the xGF/60 numbers are there to support this. If it looks good on the ice and looks good –comparatively to the train wreck that is the Rangers this year– then it must be good.