In his 31 Thoughts yesterday, Elliotte Friedman mentioned Chris Kreider and how he would be a great fit for the St. Louis Blues:

5. You know who screams St. Louis Blues if they wanted to add? Chris Kreider. He’d be perfect for them.

This is an interesting nugget, and most likely a throwaway thought based on how Kreider plays and how St. Louis likes to build their roster. But you know us, and with Kreider unsigned and likely headed towards a trade, let’s explore this.

Kreider is a 28 year old winger who is a pending UFA (29 in April). He has a very manageable cap hit, probably underpaid given the market today, at $4.625 million. He’s a 20-goal, 45-50 point guy who has a very unique skill set of unmatched speed and strength. He’s a matchup nightmare that also happens to be a terrific net-front presence.

There are some minor differences here, but the basic premise is that Kreider will fetch either a couple of 2nd/3rd round picks, or a bottom-six NHLer and either a 1st or some combination of 2nd/3rd picks. I can see the Rangers getting more if Kreider signs an extension with any acquiring club immediately following the trade, meaning they were able to negotiate with him prior to the trade.

The thing with St. Louis is they don’t have much cap space to work with, and Kreider at $7 million will be tough for them to add. I think, in St. Louis’ case, it’s a pure rental deal.

Off the NHL roster, I can’t imagine they part ways with Robert Thomas or Sammy Blais as both are in the top nine. Maybe Robby Fabbri, who has a pair of 30 point seasons and is only 23, but he’s done nothing the past two years thanks to a torn ACL and has been a healthy scratch for the last week or so. Fabbri could be a good buy-low candidate with promising offensive numbers. 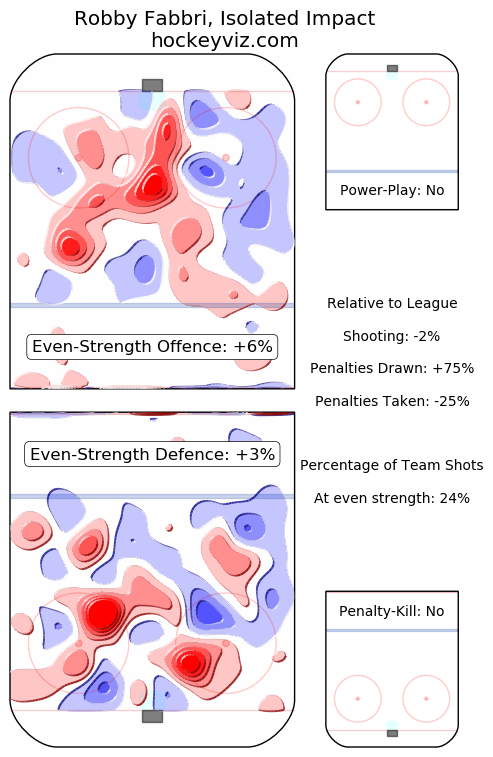 Looking at the Blues’ prospect pool, I think we can cross someone like Jordan Kyrou off the list immediately. The Blues aren’t trading their best prospect for a rental. Ditto Klim Kostin.  It looks like it might be a “take your pick” of guys like Scott Perunovich, Alexei Toropchencko, Mitch Reinke, Nikita Alexandrov, and Niko Mikkola.

Keeping market value in mind, I could see any of the following scenarios working out:

In the rental market, that’s how market value plays out. It may seem underwhelming, and the reaction from Rangers fans will likely be close to the displeasure with the Zuccarello return. But there’s still value to be had here, if the Rangers decide to trade Kreider.