The Fallacies of Vitali Kravtsov 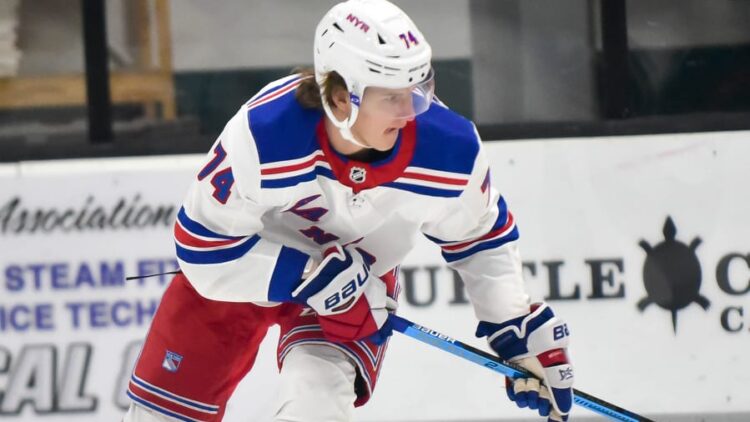 As we all know, on Friday Vitali Kravtsov exercised the out clause in his contract to return to the KHL for the foreseeable future.  After playing only five games in the AHL and a few extended benching’s, the young Russian and his team decided that his future would be better served back home for the time being.

Over the weekend, Dave outlined very clearly that while the clause allows Kravtsov to return to the KHL, the Rangers can recall him at any time and since the KHL season ends in February, he will likely be back in North America in a few months.

The 19-year-old first round pick was clearly frustrated by his initial demotion and subsequent lack of playing time in the AHL.  There have been a number of reactions to this move, with some factions defending the player and some defending the organization.

What I have noticed during this discourse is the types of arguments being employed and the evidence used to support those arguments.  Where I personally fall on the spectrum is largely irrelevant for this discussion, but for the sake of full disclosure, I believe the organization’s priorities on both a micro and macro level are still out of touch with the goals of the rebuild and the handling of the Kravtsov situation is largely emblematic of that imbalance.

Those defending the player tend to lean on a few core arguments that are fairly facially obvious:

Whether or not you agree with the merits of these arguments, it is unquestionable they are made in good faith with a goal of directing criticism at the organization for the handling of the situation.  There are undoubtedly factors that could contribute to the decision of the organization being defensible.  For example, if there concerns about his ability to read and react to the game at the speed of the NHL.  If his game off the puck was too much of a work in progress on smaller ice. If his communication skills needed improvement in a new country and culture.

These are all counterarguments or explanations that would lend credibility to the position the organization has taken. While I’m not advocating that the organization be completely transparent with the fanbase or the media with respect to a player’s weaknesses, it goes back to the notion I discussed last week about the organization not recognizing the optics of their decisions and being open about the fact that there is a process they are following and there are legitimate reasons for their course of action.  The whole point I’m trying to make here is that if you are defending Vitali Kravtsov at the moment, you have a leg to stand on.

Contrast that with the arguments I have been seeing defending the organization.  It’s like a greatest hits list of logical fallacies. For the uninitiated, a logical fallacy is a flawed or faulty construction for an argument, which can employ misdirection or creation of illusions of logic to attempt to prove a point that is impossible or difficult to make an objectively persuasive argument for.  (note: www.yourlogicalfallacyis.com is an invaluable resource for understanding these tactics. All fallacy definitions below are courtesy of this site.)

Let’s take a look at a few, shall we?

The false cause fallacy is presuming that a real or perceived relationship between things means that one is the cause of the other.

For Kravtsov, the false cause is the relationship between his age, maturity level and ultimate demotion/discipline.  The fact that is 19 says nothing substantive about his maturity level or capability to acclimate to the professional environment, just because many 19-year olds’ are immature.  While this may be the case, we have no evidence whatsoever to support that it is true in this situation.

The appeal to emotion fallacy attempting to manipulate an emotional response in place of a valid or compelling argument.

The argument that derides Kravtsov’s perceived lack of character or willingness to put in the effort or do “what it takes” is emblematic of this reductive type of reasoning.  The goal is to anger the audience by attempting to establish this perceived bad behavior or character shortcoming of the subject.  We have no evidence to believe that Kravtsov responded poorly to his demotion or that he left because he was unwilling to engage in the process in North America.

This argument also assumes a binary proposition; either there is only one process by which you can be a successful pro (following directives from the organization) or you don’t have what it takes, and you are emotionally weak or lazy.  This proposition creates the intended emotional response for the fallacy.  Don’t fall for it.

Note: this aspect of the arguments could also be applied to the ad hominem fallacy

The Gold Standard of logical fallacies. The appeal to authority fallacy is “because an authority thinks something, it must therefore be true.”

This is the most frequent and ardently defended logical fallacy I have seen, not only in this situation, but in hockey as a whole.  As the source for this fallacy astutely points out, this fallacy is not to be used as a bad faith attack on consensus belief from authorities or subject matter experts.

It is certainly possible that the organization knows exactly what they are doing with Kravtsov and all of the dissenters are wrong.  However, that’s not the argument.  The argument is that because they are the organization, they know what they are doing, and all the dissenters are wrong.  Which is insane.  If that was the case, the Oilers would be coming off back-to-back-to-back Stanley Cup championships given their draft positions the past few years.

Look, being perceived as an authority or expert provides a certain benefit of the doubt, generally.  However, if something objectively seems illogical or rooted in biased decision making, the notion that you can never question the competence or wisdom of that authority is bordering on Orwellian.

Belief bias is “if a conclusion supports your existing beliefs, you’ll rationalize anything that supports it.”

Many traditional fans have preconceived beliefs about what it “means” to be a hockey player or professional athlete.  The type of accountability you demonstrate, the way you speak to the media or your body language or temperament on the ice.  These are all active cognitive biases.  It’s your opinion, and you are entitled to it.  It just doesn’t make it a persuasive argument against a possible deviation of that rubric in any given situation.

So, there you have it.  If you are using these tactics to defend the organization from an optically poor decision-making process, do better.  There are plenty of ways to voice support for your dissent of that criticism without resorting to this nonsense.  Hold power to account and persuade those who disagree with you.  Don’t devolve into purity tests and archaic belief structures with no substantive value.  We will all be better off abandoning those crutches.

One final note, if your first response to this article is to accuse me of committing a logical fallacy, you may be suffering from “tu quoque”.